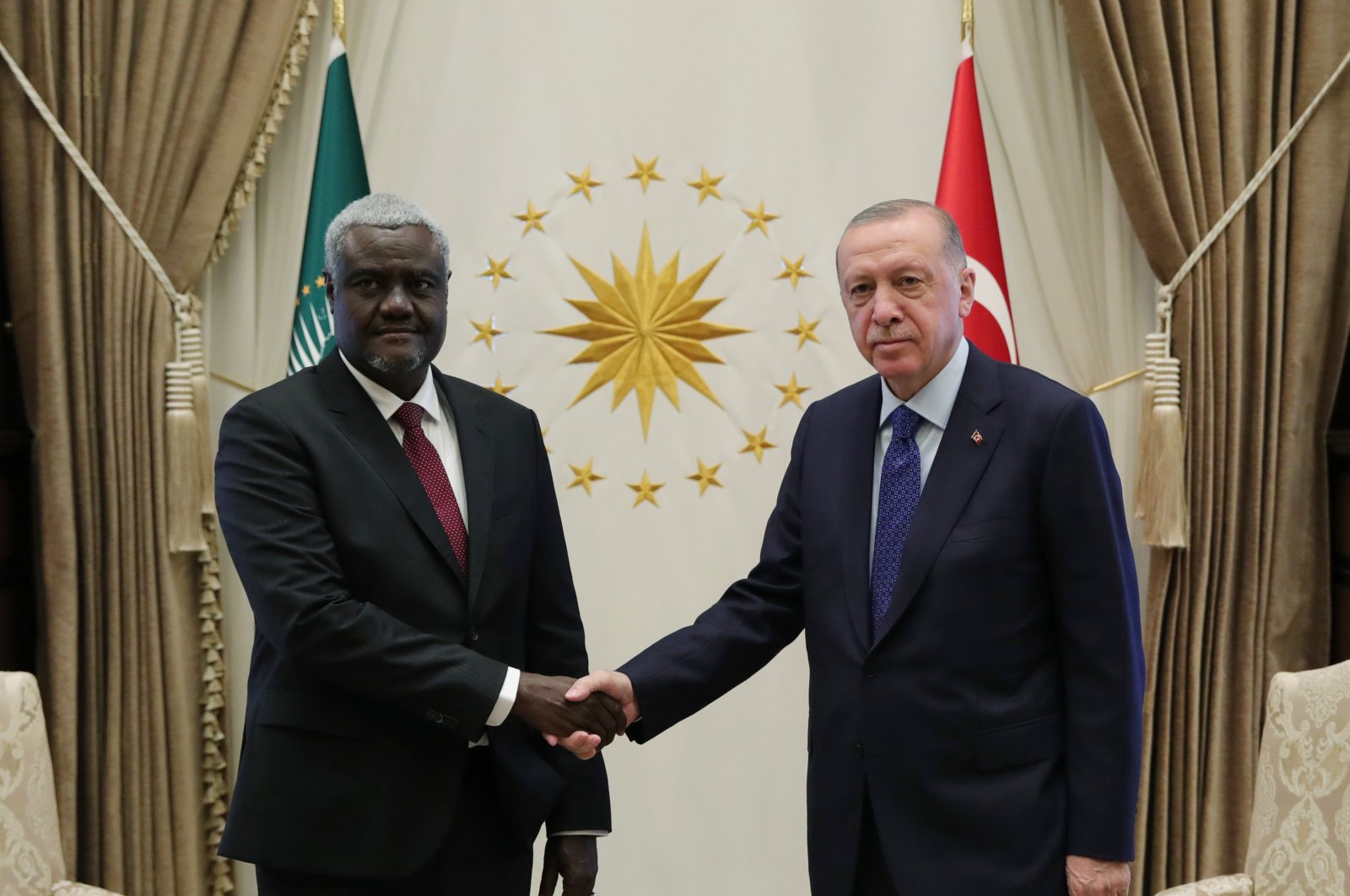 President Recep Tayyip Erdoğan is preparing for a diplomatic tour of Africa. Erdoğan's tour, which will start on Oct. 17 and last four days, covers Angola, Nigeria and Togo.

Turkey's recent close contact with Africa continues to increase and despite the ongoing pandemic, Erdoğan hosted six African leaders over the summer term. In this process, Erdoğan, who also carried out telephone diplomacy with nine African leaders, is preparing to visit three African countries within the scope of accelerating diplomatic traffic with the continent.

The first stop will be Angola. Erdoğan hosted his Angolan counterpart Joao Manuel Gonçalves Lourenço in July, resulting in 10 bilateral cooperation agreements being signed during the visit, the first of its kind between the two countries at the presidential level. Erdoğan will pay a return visit to Lourenço on Oct. 17-18.

During the visit, Erdoğan vows to boost Turkey's trade volume with the Southern African nation of Angola. Turkey will stand by Angola as a country that has proven itself in its fight against terrorism, Erdoğan also stated.

The second stop on the African tour is Nigeria on Oct. 18-19. Erdoğan, who last paid an official visit to Nigeria in March 2016, hosted President Muhammadu Buhari at the Presidential Complex in October 2017. Erdoğan had expressed to the Nigerian leader that Turkey was ready to seize all opportunities to activate the true potential of the two countries' economic relations.

The last stop of the African tour will be Togo. Erdoğan held a telephone conversation with Togolese President Faure Essozimna Gnassingbe in August. During the meeting, where bilateral relations were discussed, Erdoğan stated that cooperation with Togo in the field of defense would have a multiplier effect in the development of relations. Erdoğan is expected to be accompanied by businesspeople on his West Africa tour.

The third Turkey-Africa Partnership Summit will be held in Istanbul on Dec. 17-18. Many heads of state and government from African countries, ministers, high-level officials and representatives of regional and international organizations will attend the summit, which Erdoğan will also attend. At the summit, within the framework of the Africa Partnership Policy, the steps to be taken in line with Turkey's goals of supporting the continent's development efforts and increasing commercial, cultural and human relations will be evaluated. The first Turkey-Africa Partnership Summit was held in 2008 and the second in 2014 in Equatorial Guinea.

Having adopted a one-dimensional foreign policy shaped by its relations with the West for decades, Turkey has shifted to a more diversified, multidimensional and independent foreign policy since the end of the Cold War. Turkey's opening up to Africa, which dates back to the action plan adopted in 1998, took shape in 2005 which Ankara declared the “Year of Africa.” Turkey was accorded observer status by the Africa Union the same year.

In 2009, Turkey only had 12 embassies across Africa, with five of them in North Africa. Now, there are 43. Turkish Airlines offers flights to 60 different destinations across 39 African countries while the Turkish International Cooperation and Development Agency (TIKA) has nearly 30 coordination centers in the continent. The Foreign Economic Relations Board (DEIK) has joint business councils with more than half of the nations in Africa.

After his Africa tour, Erdoğan will attend the G-20 summit in Rome, which is scheduled for Oct. 30-31.

Erdoğan is expected to meet the United States President Joe Biden on the margin of the upcoming G-20 summit in Rome.

Erdoğan has recently said that relations between Ankara and Washington are not healthy, adding that the two countries need to "sort out" issues over Ankara's purchase of the Russian S-400 defense system and Washington's support to the PKK terror group's Syrian branch, YPG.

The two countries should work together as friends but "the current direction does not bode well", Erdoğan said, adding he and Biden had not "started off right".

Then, Erdoğan will attend the Climate Conference to be held in Glasgow, Scotland on November 1-12, 2021, and will sign the international Climate Agreement on behalf of Turkey.