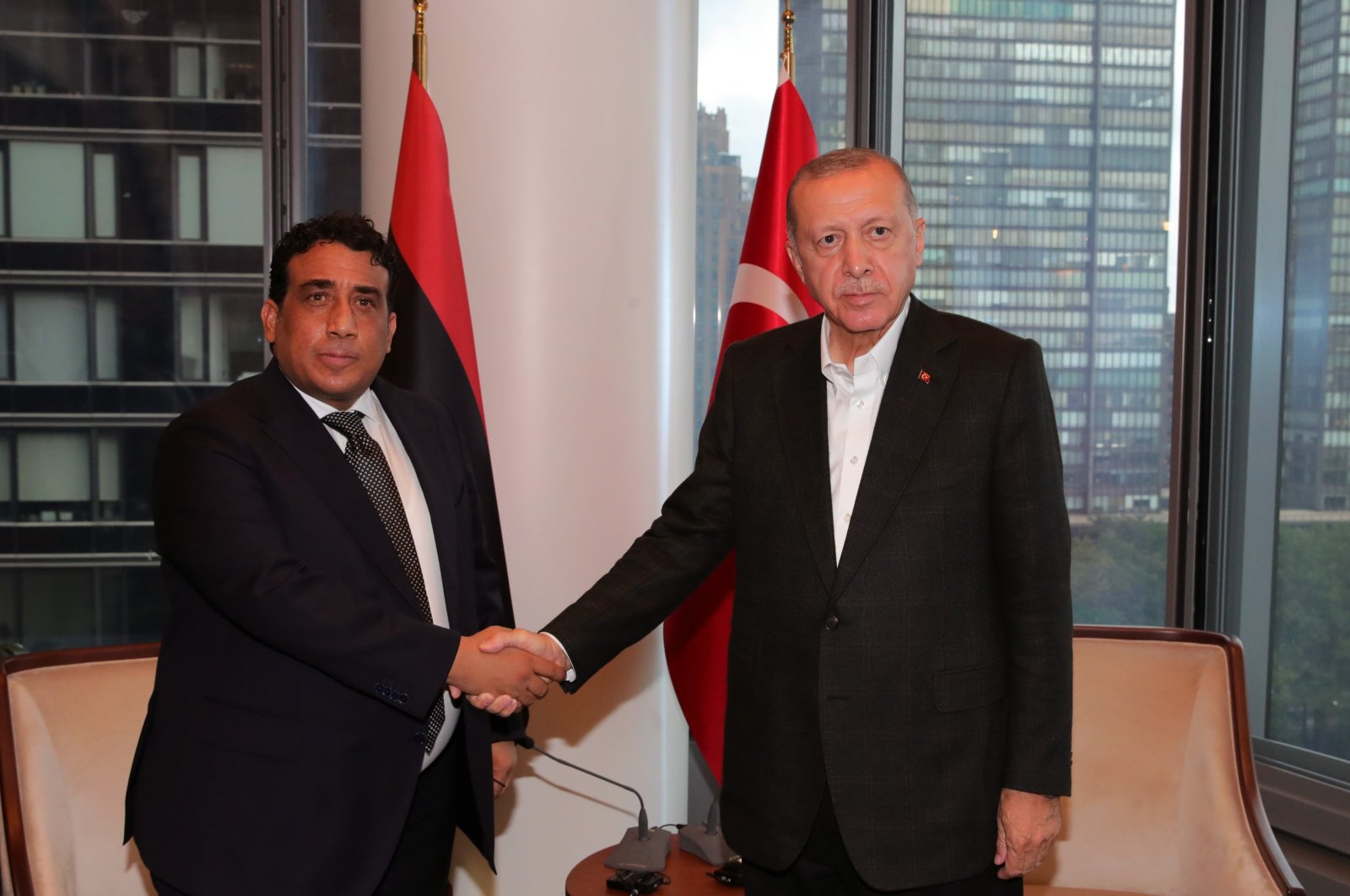 President Recep Tayyip Erdoğan and the chairperson of the Presidential Council of Libya met Wednesday in New York, where they are both attending the 76th session of the U.N. General Assembly.

Erdoğan and Mohammad Younes Menfi held a closed-door meeting at the newly opened Türkevi Center, or Turkish House, across the U.N. headquarters.

Libya has recently witnessed positive developments following a breakthrough in which rival parties agreed on Feb. 5 on a unified new executive authority to govern in the run-up to the Dec. 24 national elections.

Libyans hope the new authority will end years of civil war that has engulfed the country since the ouster and killing of strongman Moammar Gadhafi in 2011.

Turkey had backed the internationally recognized Tripoli-based Government of National Accord (GNA), against the eastern-based forces of putschist Gen. Khalifa Haftar, supported by Russia, Egypt, the United Arab Emirates (UAE) and France.