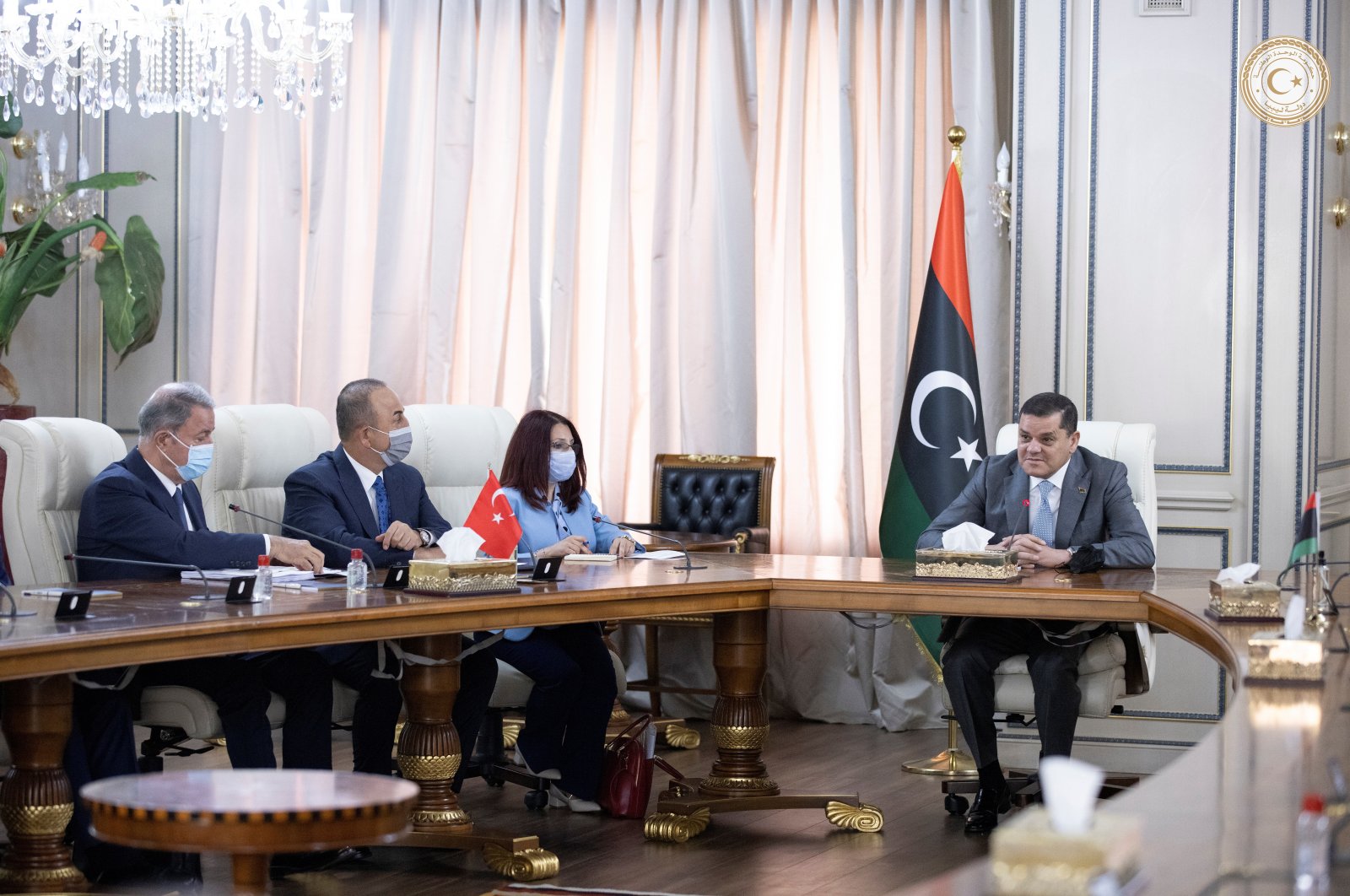 Libyan Prime Minister Abdul Hamid Dbeibah reiterated his country’s commitment to the maritime deal with Turkey, as he said it benefits Libyans.

Speaking in an interview with the Doha-based broadcaster Al Jazeera, due to be aired in full Wednesday, Dbeibah said his government disagrees with Greece's evaluation of the agreement.

"We disagree with Greece in evaluating the Libyan-Turkish maritime agreement that serves the Libyans, and (therefore) we will not abandon it," he said.

On Nov. 27, Ankara and Tripoli reached two separate memorandums of understanding (MoU), one on military cooperation and the other on the maritime boundaries of countries in the Eastern Mediterranean.

The Libyan prime minister also commented on the foreign mercenaries in the country, saying that "there are good signs" of getting them out of Libya.

Over the past years, putschist Gen. Khalifa Haftar contracted mercenaries from various countries, most notably the Russian Wagner company, to aid him in military operations against the internationally recognized government based in Tripoli.

Dbeibah explained that his government has been successful in uniting about 80% of Libya's state institutions except for the military institution.

"The 5+5 military commission is the ‘nucleus' of the unification process (of the military institution)," he said.

The 5+5 Joint Military Commission is made up of five senior military officers from the Libyan government and five chosen by Haftar.

On Oct. 23, 2020, the United Nations announced a permanent cease-fire agreement between Libya's warring rivals during a meeting of the 5+5 Joint Military Commission in Geneva, Switzerland.

Dbeibah said his government does not coordinate with Haftar. "The government is coordinating with the head of the Benghazi municipality and police apparatus there," he added.

He attributed the cancellation of a recent cabinet meeting in Benghazi to logistical issues, promising that his government will meet soon in the city, which is still under the control of Haftar's militia.

On April 25, Dbeibah canceled a visit to Benghazi after militias loyal to Haftar cordoned off Benina Airport.

He was expected to hold a cabinet meeting in Benghazi, visit some institutions and regions and examine the condition of areas damaged by the country's civil war.

Dbeibah also stressed that his government is committed "to healing the rift and (advancing) national reconciliation" while expressing hope for timely elections.

Dbeibah was elected as the country's new prime minister following a breakthrough in which rival parties agreed on Feb. 5 on a unified new executive authority that will govern Libya in the lead-up to national elections on Dec. 24.

Libyans hope the government will end years of civil war that have engulfed the country since the ouster and killing of strongman Moammar Gadhafi in 2011.