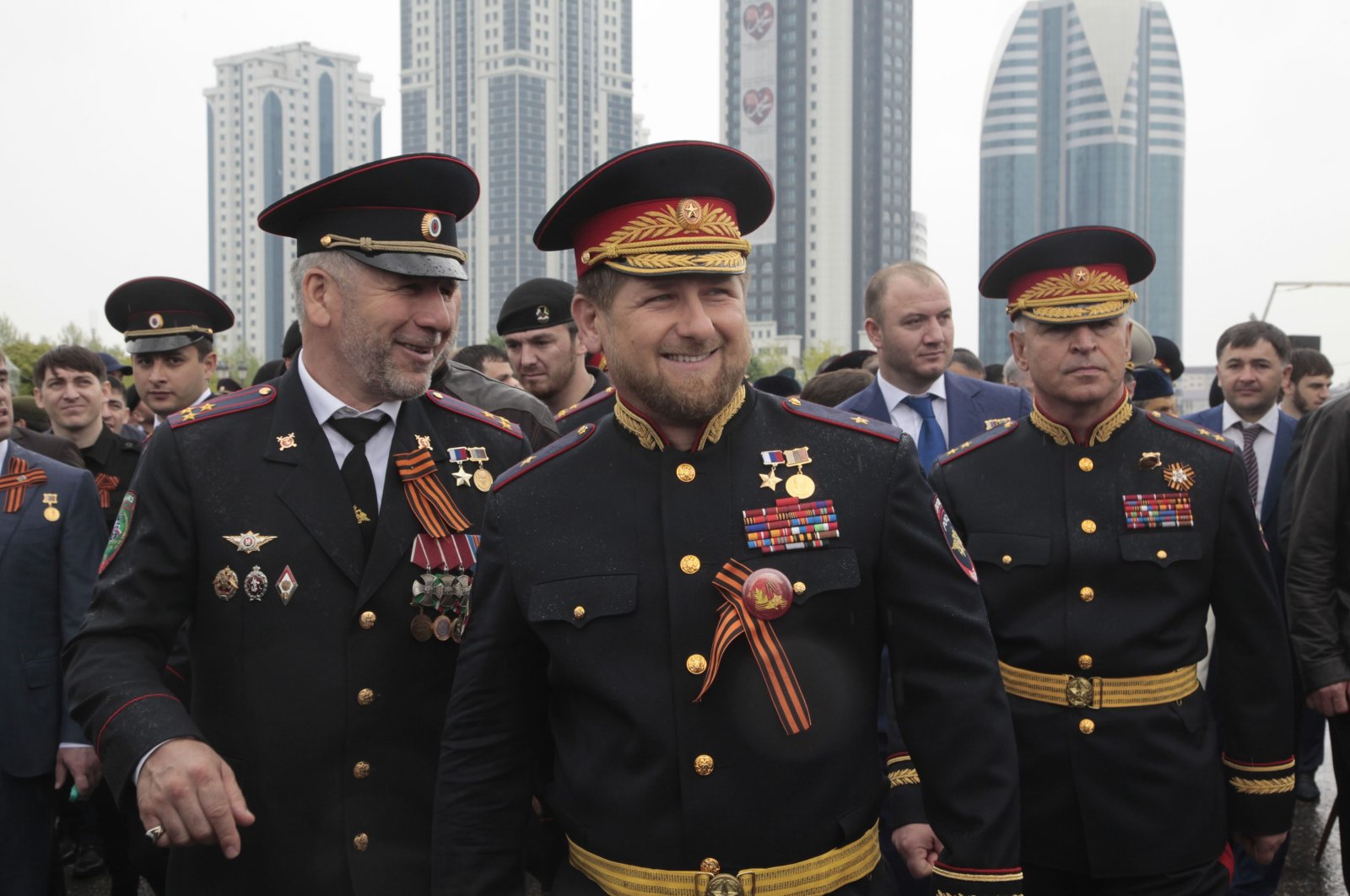 A new investigation revealed Monday that members of an espionage network who had been jailed last month were planning to kill a Chechen dissident in Turkey on the orders of Chechen leader Ramzan Kadyrov.

Before the network was exposed, the spies – four Russians, a Ukrainian and an Uzbek national – had plotted to assassinate a Chechen dissident living in Turkey named "Abdulhakim,” who fought for the opposition in Syria against the Bashar Assad regime.

According to information obtained by Turkey’s National Intelligence Organization (MIT), the leader of the clandestine network, Bislan Rasaev, took orders from Kazbek Dukuzov and Adam Delimkhanov, a Duma deputy and cousin of Chechen leader Kadyrov, who is also sought by Interpol.

Dukuzov has also issued orders for four assassinations of Chechen dissidents in Europe since 2004.

MIT also revealed that Rasaev was planning to gather weapons to assassinate Abdula Abdulaev, code-named “Ebubekir,” a smuggler and member of the Daesh terrorist organization. During raids carried out on the suspects' homes, weapons equipped with lasers and silencers were found.

On Oct. 21, state broadcaster TRT News reported that six suspects had been jailed pending trial over an alleged plot against Chechen dissidents in Turkey. The suspects were held on charges of “political and military espionage,” and had been preparing “armed action and spying” against Chechen opposition figures, it added.

Many dissidents from across the Middle East and Central Asia have established bases in Turkey and are occasionally targeted.

The investigation comes on the heels of another MIT operation that exposed a network of operatives working for the Mossad Israeli intelligence agency. The 200-person MIT team unveiled that the agency had been carrying out activities against Tel Aviv's opponents and foreign students in Turkey.

The Mossad network, which consisted of five separate cells of three people, was tracked by MIT units for a year. Once the information was relayed to the police, counterterrorism forces caught the 15 spies in a secret operation carried out on Oct. 7 across four provinces.

According to reports, the spies had been providing Mossad information on foreign students enrolled in Turkish universities, especially those who they think could work in the defense industry in the future. The investigation revealed that one of the cells was particularly important as its members were tasked with contacting Mossad field officers and meeting with them abroad.

Over the years MIT has prevented many attacks and assassination attempts in Turkey by intelligence services against dissidents, journalists and civilians who are seen as threats by countries like Iran, Russia, Syria, the United Arab Emirates (UAE) and Saudi Arabia.

These operations display the increasing capacity of MIT’s counterespionage capabilities.

Within the scope of Operation Kama (Dagger), suspects determined to be preparing to assassinate Vahid Edelgirev, a Russian citizen of Chechen descent, were apprehended in April 2016. Edelgirev was a member of the Caucasus Emirate, a Chechen organization designated as a terrorist group by Russia and the United States.

In Operation Gümüş (Silver), Istanbul police conducted an operation against Markharbi Isaev, another Russian citizen of Chechen descent, and those who were provided arms by Kadyrov's network to assassinate a Chechen in Istanbul.