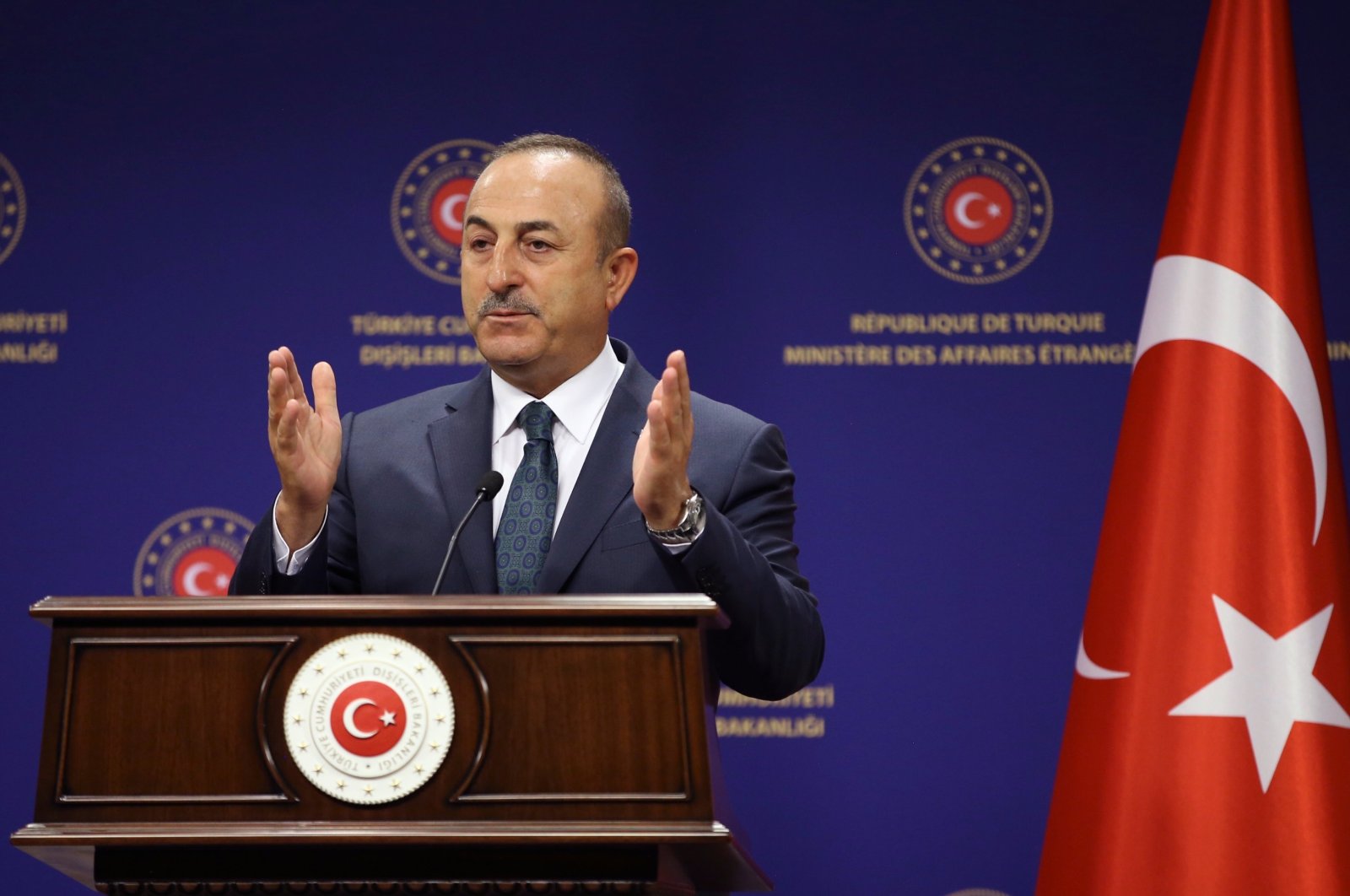 "FBI officials previously told us in person that they have already seen the dark face of FETÖ," Foreign Minister Mevlüt Çavuşoğlu said during a televised interview late Wednesday.

Çavuşoğlu further added that the FBI officers had shared that they were aware of the Gülenist Terror Group's (FETÖ) money laundering activities and other crimes within the United States.

The top diplomat underlined that the new Biden administration wants to cooperate with Turkey on regional matters, despite the issues that complicate relations between the two nations such as the U.S. backing of the PKK terrorist organization's Syrian wing, the YPG, as well as its support for FETÖ, whose leader Fetullah Gülen has been living in self-imposed exile in Pennsylvania since 1999.

"We are seeing that the new Biden administration wants to cooperate with Turkey in our region, namely in Libya, Syria and the Caucasus," he said, further emphasizing that Biden's recognition of the 1915 events as a so-called "genocide" hampered bilateral relations even further. Pointing to the upcoming NATO summit on June 14, where President Recep Tayyip Erdoğan will meet his U.S. counterpart, Çavuşoğlu said the meeting will start the process of mending fraught ties.

A FETÖ member had also previously admitted that the group formed a special unit to infiltrate the U.S. military using recruits from its charter schools, just like it did with the Turkish military.

Ihsan Yılmaz, a prominent FETÖ member and fugitive who lives in Australia, said in an interview that he was shocked when he heard about the special unit designed to infiltrate the U.S. military.

He said he first learned of the strategy in a report by Amsterdam & Partners LLP, which is pursuing a global investigation into the suspicious activities of FETÖ leader Fetullah Gülen, and a high-level FETÖ member living in the U.S., who later confirmed the existence of the unit in 2019.

Yılmaz said the group pursued this strategy in Turkey for a long time in the past but noted that following the same policy in the U.S. would endanger FETÖ members there.

Yılmaz added that he had warned the FETÖ leadership many times not to engage in illegal activities but they did not heed his warnings.

Looking at the latest FETÖ activities in the U.S., it is clear that the group is still very active in many different fields across numerous states. FETÖ operates over 218 charter schools with about 80,000 students enrolled across 28 states.

Texas is the U.S. state harboring the largest number of FETÖ-linked charter schools. In the Lone Star State, as it is known, the Harmony Public Schools group is the largest FETÖ charter network. It currently operates 57 schools, while an additional six schools are run under the name of School of Science and Technology (SST).

In 2013, The Washington Post reported that in testimony to a school board in Virginia, a former schoolteacher attested that teachers working for FETÖ "had to turn over 40% of their salaries to a secret fund used by the movement."