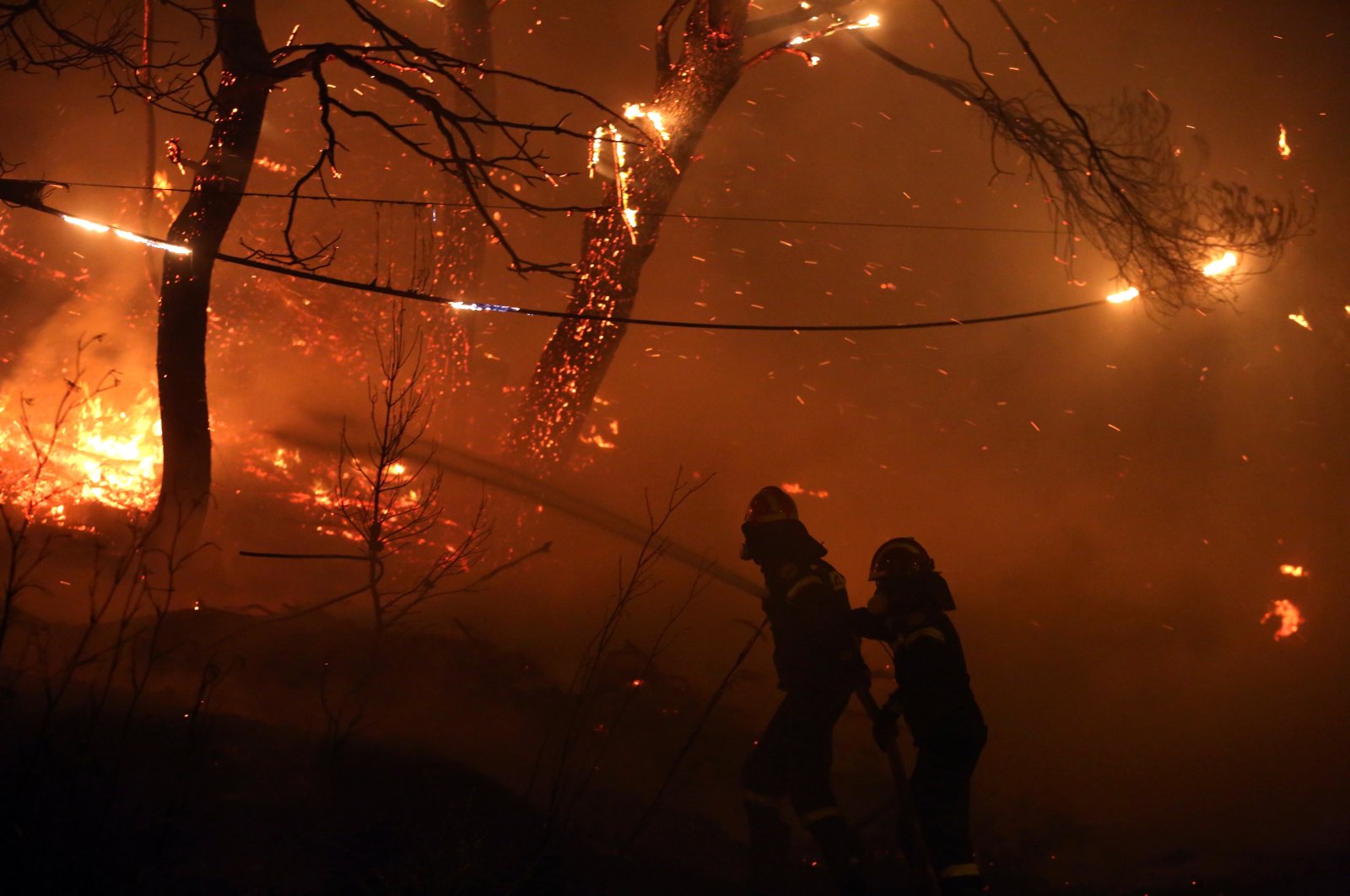 Two firefighters try to prevent a wildfire from crossing into the national highway, in the area of Afidnes, northeastern of Athens, Greece, Aug. 5, 2021. (EPA Photo)
by DAILY SABAH Aug 06, 2021 11:12 am

Turkish Foreign Minister Mevlüt Çavuşoğlu on Friday called his Greek counterpart Nikos Dendias to convey his get well soon wishes over the ongoing wildfires in the country.

Both foreign ministers stated that they are ready to provide assistance to each other, provided they have previously set under control the wildfires raging in their respective countries.

Wildfires burning across Greece have been caused by widespread droughts and unseasonably high temperatures that have soared to between 40 and 47 degrees Celsius (104 and 116 degrees Fahrenheit) during the past 10 days.

Six out of thirteen regions, including Attica where Athens is located, have been placed on high alert for Friday, Prime Minister Kyriakos Mitsotakis announced on Thursday evening.

Dendias had also called Çavuşoğlu last week, offering condolences and his country’s readiness in assisting Turkey in its fight against the forest fires that have engulfed the southern and western coasts. The wildfires erupted in 38 of the country's 81 provinces.

According to official figures, at least eight people have lost their lives since the fires started on July 28.