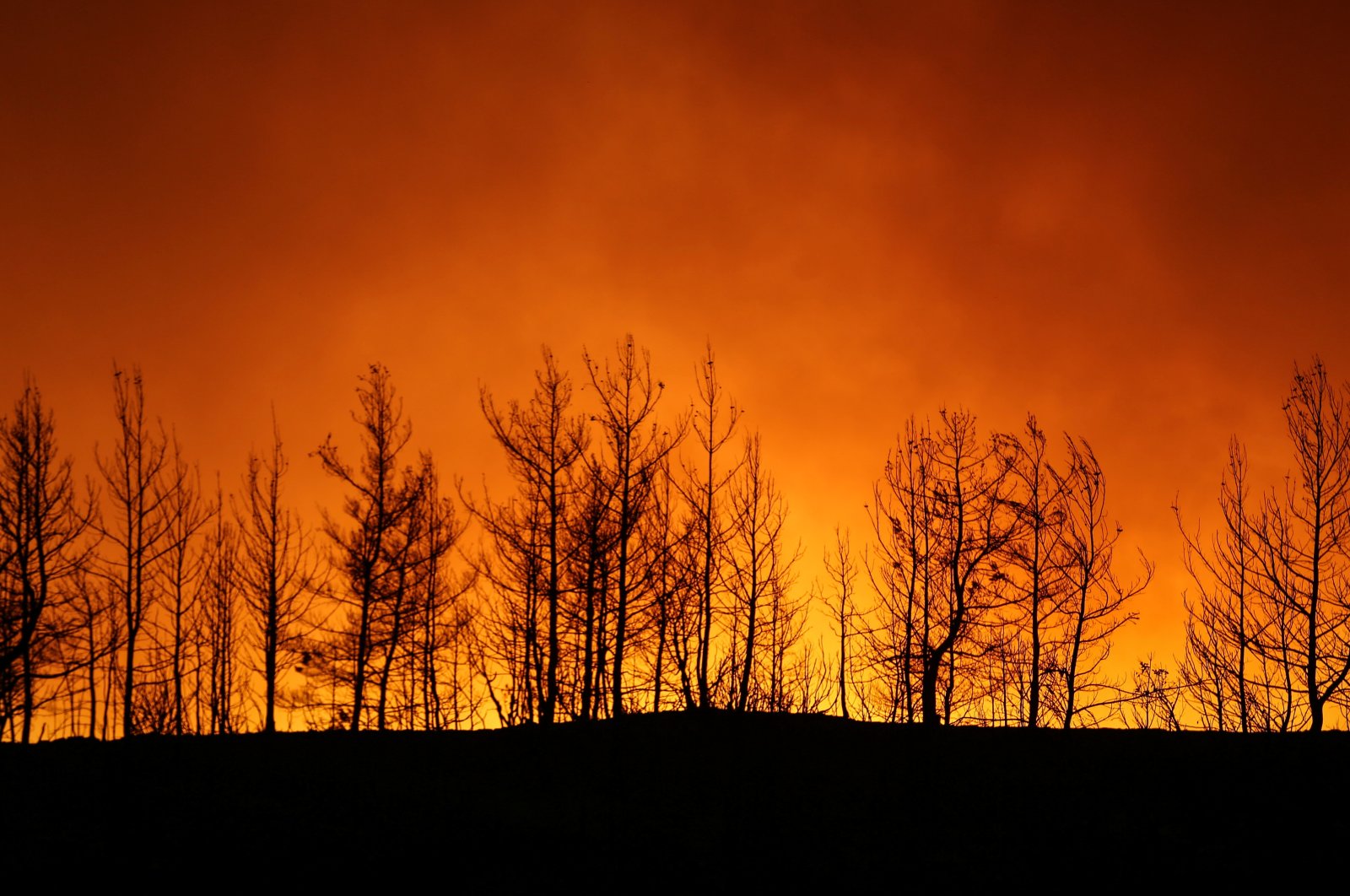 Greek Foreign Minister Nikos Dendias called his Turkish counterpart Mevlüt Çavuşoğlu, offering condolences and his country’s readiness in assisting Turkey in its fight against the forest fires that have engulfed the southern and western coasts over the last two days, the Turkish Foreign Ministry said in a statement.

“I expressed my sincere condolences over loss of lives caused by the wildfires, including in the Turkish FM’s home region of Antalya. I also expressed Greece’s readiness to provide assistance if requested,” Dendias also said in a Twitter statement.

Forest fires spread to a vast area in Turkey's southern provinces Thursday, from the summer getaway of Antalya to Adana and Mersin. The fires started Wednesday, threatening residential areas. Their almost consecutive nature triggered concerns that they might be a result of a string of arson attacks, while eyes turned toward PKK terrorists-related groups as they started similar fires before with an aim of sabotage.

The worst fire was in Manavgat, a town in Antalya province which is popular among holidaymakers. It erupted Wednesday noon in four different spots of the town surrounded by forests.

The Disaster and Emergency Management Authority (AFAD) said in a statement Thursday that three people lost their lives and 138 others were affected by the wildfires in the Manavgat district, including one person seriously wounded. The treatment of 58 people continues at hospitals, it added.

Many houses, workplaces, barns, farmland, greenhouses and vehicles were damaged due to the blaze, it said, adding that a dozen teams are currently conducting a damage assessment.

The Turkish Red Crescent (Kızılay) sent a field kitchen, five catering vehicles and catering units with a capacity for over 20,000 people.

President Recep Tayyip Erdoğan said the state is mobilizing all means to control and put out the fires.