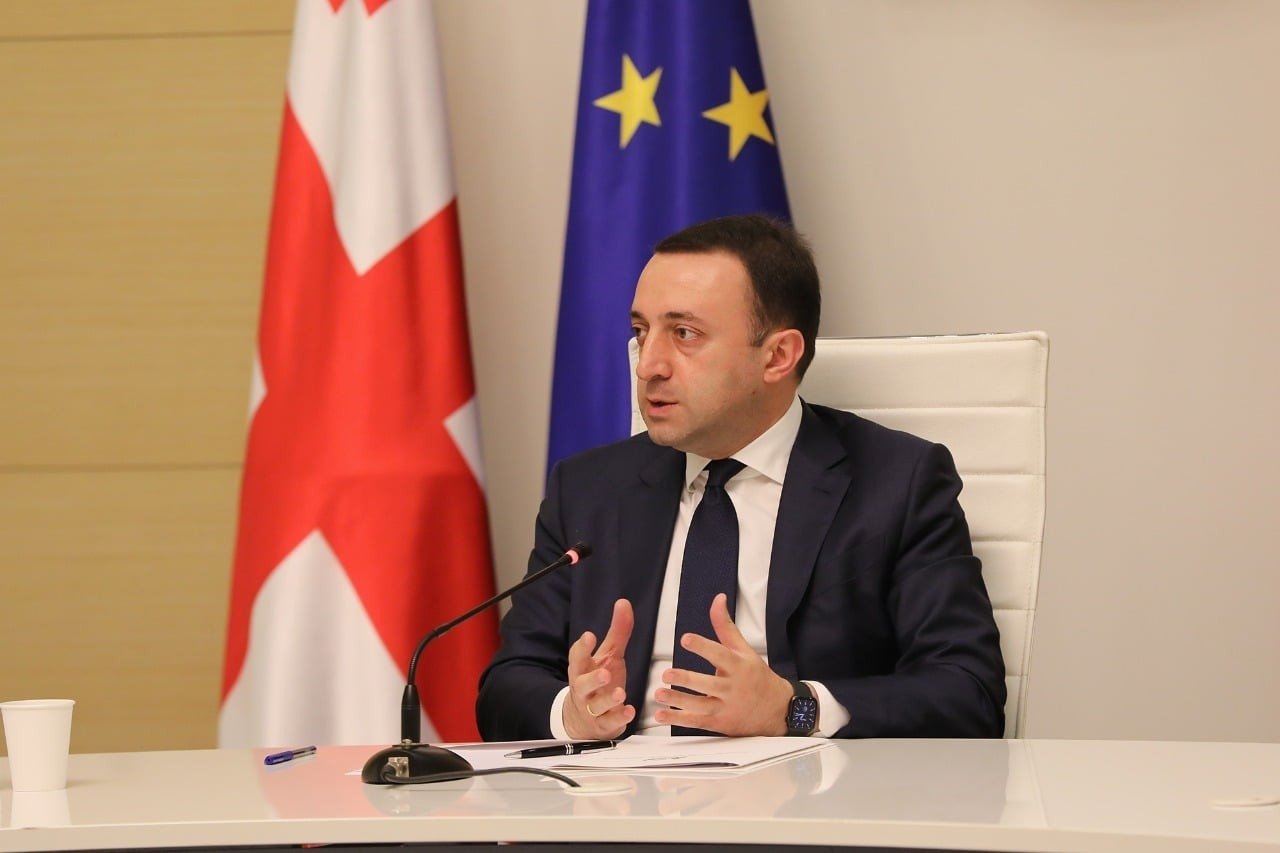 Garibashvili participated in the promotional program on "Foreign policy focused on the values ​​of the West and the interests of the country: 10 years vision, 10 goals" organized by the Georgian Ministry of Foreign Affairs in the capital Tbilisi.

Reminding that he had official contacts in Turkey at the beginning of June, Garibashvili stated that during his meeting with President Recep Tayyip Erdoğan the two countries decided that the High-Level Strategic Cooperation Council (YDKS) meeting would be held at the end of 2021.

Noting that Russia occupies 20 percent of Georgia's territory, Garibashvili stated that the main goal of his country's foreign policy in the next decade is to end the occupation.

He said that Russia's occupation policy toward Georgia's Abkhazia and South Ossetia regions has continued to this day. "Of course, our main task in these 10 years must be to clear our country from occupation and to lay the groundwork for a dialogue with Russia in this direction. This conflict and occupation must end."

He also pointed out that his country continues to carry out important activities for the maintenance of peace and stability in the Caucasus. Garibashvili noted that in June, Georgia also contributed significantly to the process of returning 15 Armenian citizens held by Azerbaijan in exchange for the maps of 97,000 mines. "This is an example of the success of all of us, our three neighboring countries," he said.

In his speech, Garibashvili also stated that it is extremely important to his country's foreign policy that the integration processes with NATO and the European Union continue successfully.

Turkey and Georgia have taken crucial steps to enhance bilateral ties in the past decade. Along with Azerbaijan, they make up the trilateral mechanism that was initiated by the Trabzon Declaration on June 8, 2012. The framework provides fertile ground for discussions on the consolidation of regional stability and security.

Turkey is Georgia's top trading partner, reporting more than $1.7 billion (TL 12.03 billion) in trade volume in 2018. Both countries inked many significant bilateral agreements including the free trade agreement and Joint Economic Trade Committee (JETCO), while also increasing the number of joint projects in the energy field.

One of these projects, the Baku-Tbilisi-Erzurum pipeline, started delivering gas to the Turkish network in July 2007 Similarly, the 1,076-kilometer (669-mile) Baku-Tbilisi-Ceyhan (BTC) pipeline started delivering Caspian oil to Turkey and global markets in 2006. By last year, BTC had delivered 3.4 billion barrels of crude oil shipped from the marine terminal at Ceyhan in southern Turkey to global markets in 14 years.