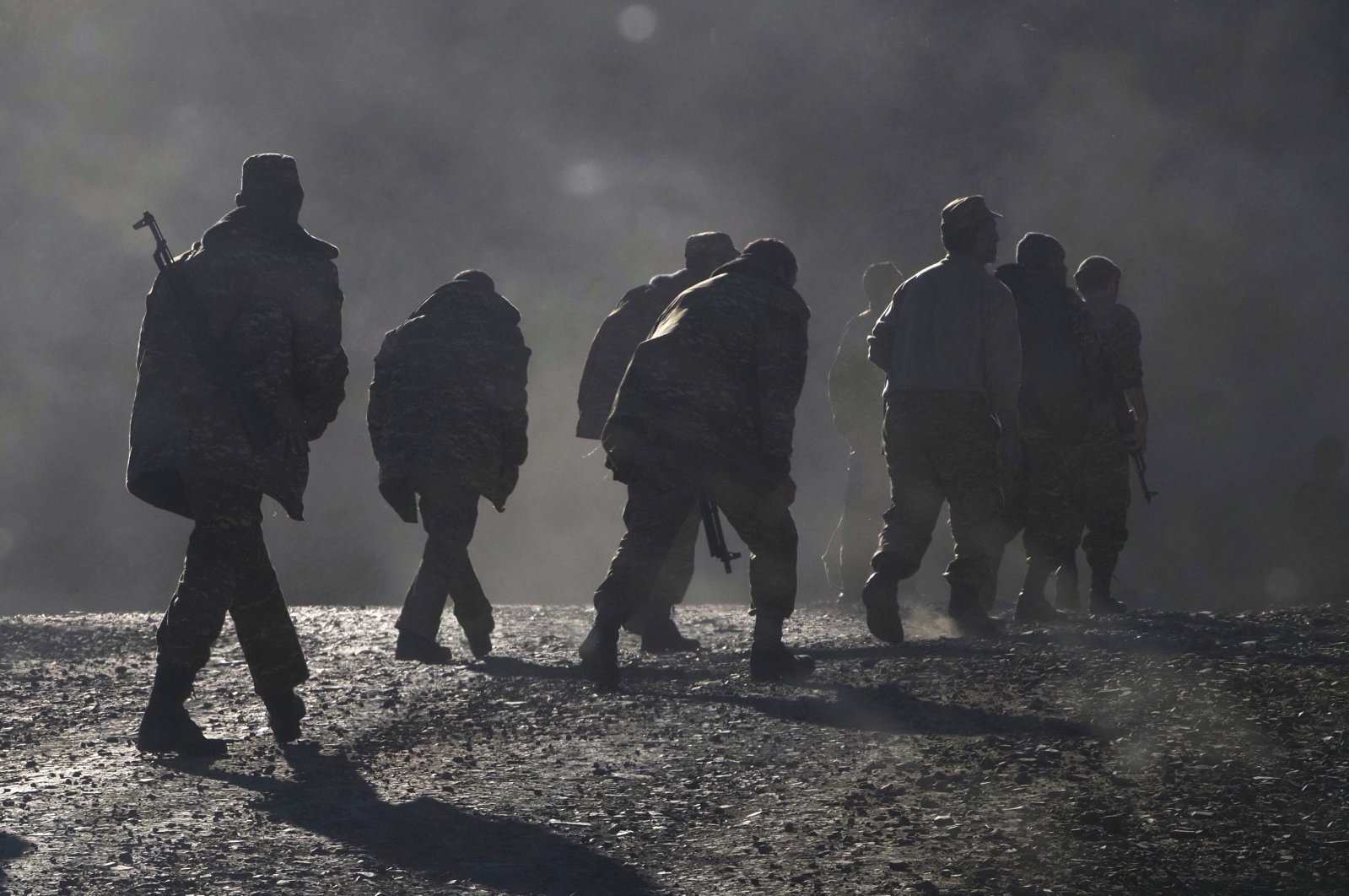 Baku released 15 prisoners of war to Armenia they had captured during fighting in the occupied Nagorno-Karabakh region, Azerbaijan's Foreign Ministry said Saturday.

The ministry also said that under the deal mediated by Georgia's Prime Minister Irakli Garibashvili, Yerevan reciprocated by providing Baku with maps of minefields in the conflict zone.

Fighting broke out between Azerbaijan and Armenia in September 2020 over the occupied Nagorno-Karabakh region, claiming some 6,000 lives over six weeks.

The war ended in November with a Russian-brokered cease-fire that saw Yerevan cede swathes of territory it had occupied for decades.

A day after Armenian soldiers twice opened fire on its neighbor, "Azerbaijan handed over to Armenia 15 detained Armenians in exchange for the map of 97,000 anti-tank and anti-personnel mines in the Agdam district," one of the territories Armenia has ceded to Baku, Azerbaijan's Foreign Ministry said in a statement.

The ministry also thanked U.S. Secretary of State Antony Blinken; the top U.S. diplomat for Europe, Philip Reeker; European Council President Charles Michel and the Organization for Security and Co-operation in Europe (OSCE) Swedish chairmanship for their role in negotiations.

Garibashvili's office said in a statement that the "captive Armenian troops were transported from Azerbaijan to Georgia and then sent to Armenia."

"An important step has been made towards the amelioration of security environment in the South Caucasus region," the statement said.

A senior European Union diplomat said Charles Michel "has been in close contact with Armenia and Azerbaijan on addressing pressing humanitarian issues, namely parallel humanitarian gestures" prior to the deal announced Saturday.

"The President of the European Council Michel welcomes this as a first step towards renewing confidence, an effort the EU is ready to fully support."

The mountainous region of Nagorno-Karabakh is one of the most heavily mined places in the former Soviet Union.

Seven Azerbaijani troops and 18 civilians have died and 110 more been wounded by landmines in and near Nagorno-Karabakh since the cease-fire, the Azerbaijani government has said. Just last week, two Azerbaijani journalists were killed in an explosion when their bus hit a device.

Armenian forces used the weapons during a bloody conflict in the early 1990s.

Armenia occupied Nagorno-Karabakh, Azerbaijan's internationally recognized territory, around the collapse of the Soviet Union in the conflict that claimed 30,000 lives.