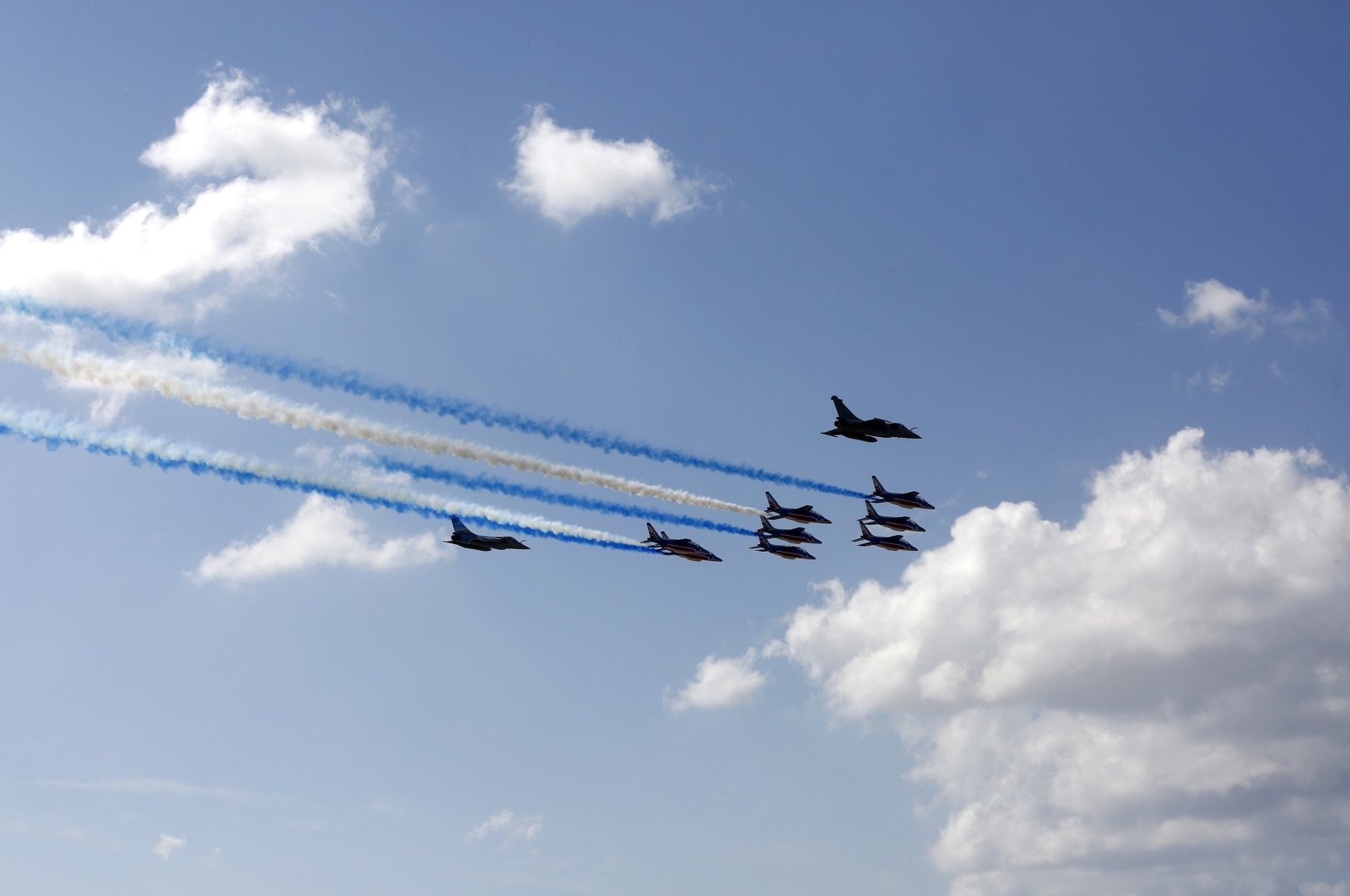 Despite saying that it has no intention of entering into an arms race with its neighbor and NATO ally Turkey, Greece continues to carry out an ambitious rearmament program for its armed forces, with a report by local Kathimerini newspaper confirming that it seeks to add 15 warships to its inventory in the next five years.

In a story on Tuesday, the daily said that as a first step, a contract for the purchase of three French FDI-type frigates will be completed soon.

The government will then make a final decision on the corvette purchase program, for which Dutch, Italian and French companies are competing.

The report said that if the supplies of two Dutch M-class frigates and six Alkmaar-class minehunters, for which Greece and the Netherlands signed a letter of intent in October, move ahead, the Greek Navy will have to decommission some older units and allocate a costly maintenance budget.

The agreement that came amid expanding U.S.-Greek military cooperation was inked in the presence of Greek Shipping Minister Giannis Plakiotakis and U.S. Ambassador Geoffrey Pyatt.

Plakiotakis said it is an important step toward even closer cooperation between the two countries.

Pyatt, for his part, argued that the cooperation would contribute to the stability and safety of navigation in the Mediterranean.

Greece recently also signed multiple big-ticket arms deals with Israel for the purchase of drones and missiles, with France for the purchase of Rafale warplanes, and with the U.S. for the update of its F-16s fighter jets to the latest Viper configuration.

More recently, the U.S. State Department approved the sale of four warships worth $6.9 billion to Greece along with the existing frigate modernization transactions worth $2.5 billion.

Turkey has often warned Greece against indulging in an arms race, offering instead to resolve all outstanding issues, including in the Aegean, Eastern Mediterranean and Cyprus, through dialogue.

Tensions are once again rising between Turkey and Greece over maritime borders and drilling rights in the Eastern Mediterranean after several months of relative calm. The two neighbors, allies in NATO, are at odds over a number of issues such as competing claims over jurisdiction in the Eastern Mediterranean, air space, energy, the ethnically split island of Cyprus and the status of islands in the Aegean.

Greece and Turkey resumed high-level diplomatic talks in January for the first time in nearly five years to try and ease tensions over long-standing boundary disputes in the Aegean Sea and Eastern Mediterranean. However the countries remain sharply at odds, and Greece has launched a multibillion-dollar military modernization program with large naval and air force orders from France and the United States. In response, Turkish Defense Minister Hulusi Akar said that Turkey expects its neighbor Greece to adopt peaceful political solutions rather than aggressive ones, underlining that secondhand French Rafale jets will not change the power balance in the region.

Turkey, which has the longest continental coastline in the Eastern Mediterranean, has rejected the maritime boundary claims of Greece and the Greek Cypriot administration, stressing that these excessive claims violate the sovereign rights of both Turkey and the Turkish Cypriots. Both sides cite a range of decades-old treaties and international agreements to support their conflicting territorial claims.

However, Ankara has repeatedly stressed that it is in favor of resolving all outstanding problems in the region, including maritime disputes, through international law, good neighborly relations, dialogue and negotiations. Instead of opting to solve problems with Ankara through dialogue, Athens has, on several occasions, refused to sit at the negotiation table and has opted to rally Brussels to take a tougher stance against Turkey.