Greece hopes new govt will ‘free itself’ from Turkey-Libya deal 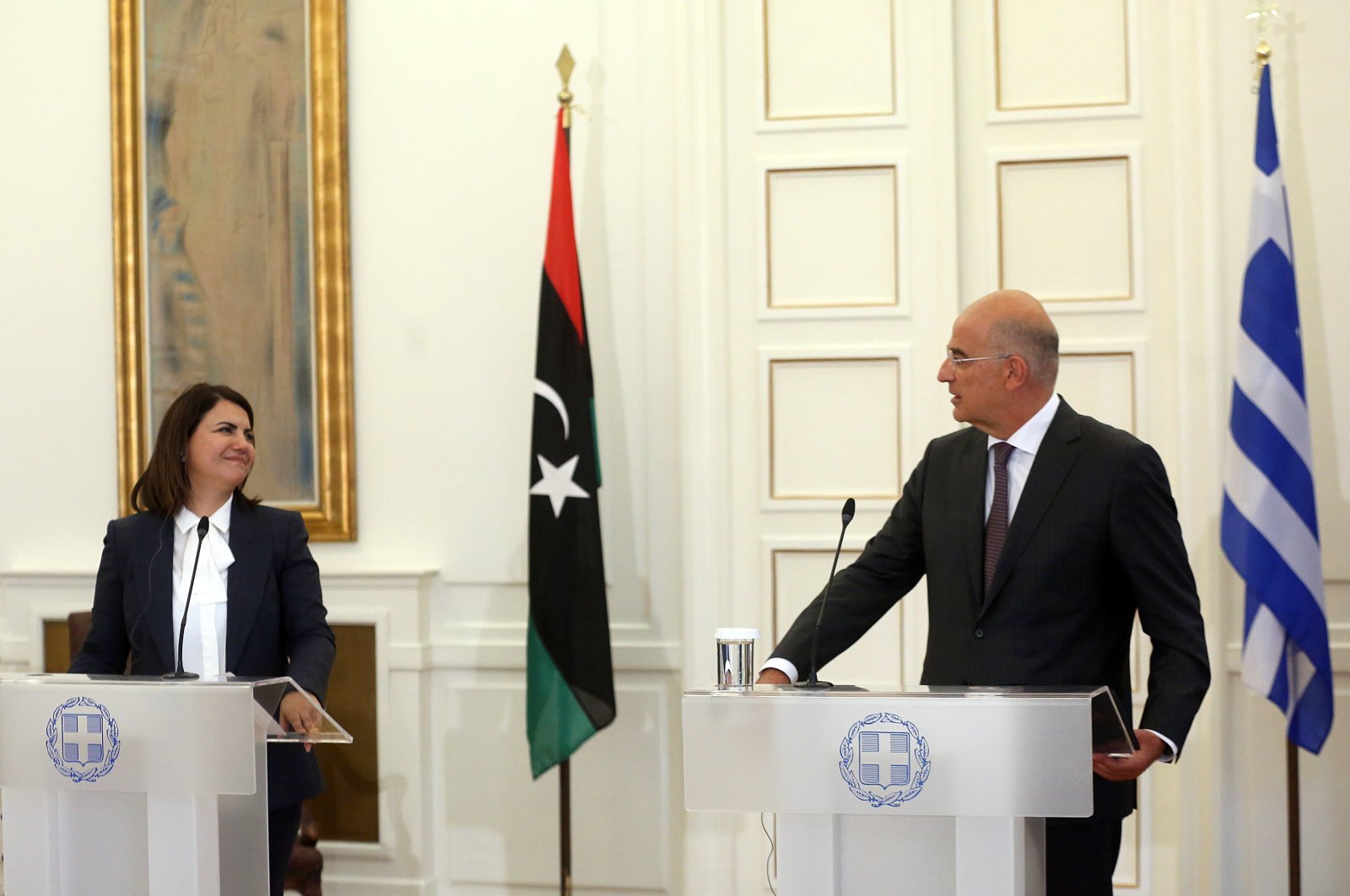 Athens said on Monday it hopes the new government that is expected to be formed in Libya will “free itself” from the Turkey-Libya memorandum despite the current Libyan government stating several times it will stick to the deal with Ankara.

In response, Greece and Egypt signed an agreement in 2020, designating an exclusive economic zone in the Eastern Mediterranean, which Turkey has said infringes on its own continental shelf and overlaps with the maritime zones it agreed with Libya.

However, Libyan Prime Minister Abdul Hamid Dbeibah said his country’s commitment to the maritime deal with Turkey continues, as he said it benefits Libyans.

"We disagree with Greece in evaluating the Libyan-Turkish maritime agreement that serves the Libyans, and (therefore) we will not abandon it," he said in May.

Libya has been wracked by chaos since a NATO-backed uprising toppled longtime dictator Moammar Gadhafi in 2011 and split the country between a United Nations-supported government in the capital, Tripoli, and rival authorities loyal to putschist Gen. Khalifa Haftar in the east.

Haftar launched a military offensive in 2019 to capture the capital, a campaign backed by Egypt, the United Arab Emirates, Russia and France. But his march on Tripoli ultimately failed in June 2020 after Turkey sent troops to support the internationally recognized government, which also had the backing of Qatar and Italy.

Subsequent U.N.-sponsored peace talks brought about a cease-fire last October and installed an interim government that is expected to lead the country into December 2021 elections, but the Libyan Parliament has so far failed to agree on a legal framework to hold elections.

The U.N. cited initial differences over whether presidential elections should be carried out by direct voting or indirectly by the elected parliament, whether a referendum on the draft permanent constitution should be held first, and eligibility criteria for candidates including military personnel and dual citizens. The U.N. chief urged the parties and institutions to clarify the constitutional basis for elections and to adopt the necessary electoral laws. In July, the U.N. special envoy for Libya, Jan Kubis, accused “spoilers” of trying to obstruct the holding of December’s crucial elections to unify the divided nation. He told the U.N. Security Council that many key players in Libya reiterated their commitment to the elections, but “I am afraid many of them are not ready to walk the talk.”

The Security Council has warned that any individual or group undermining the electoral process could face U.N. sanctions.