Greece should not be incited to act against Turkey: Akar 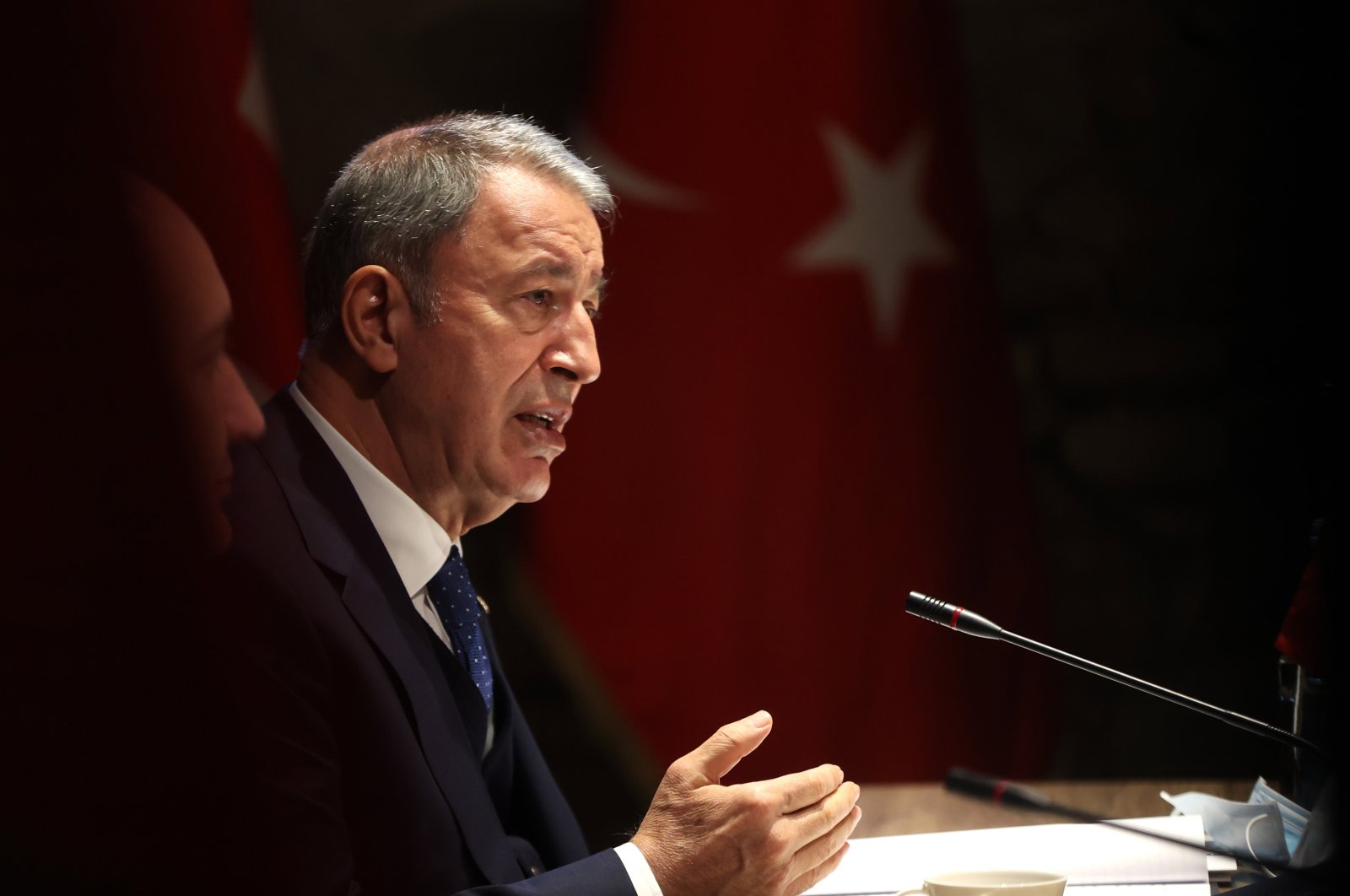 Defense Minister Hulusi Akar speaks to reporters following a meeting with his Georgian and Azerbaijani counterparts in Tbilisi, Georgia, Oct. 5, 2021. (AA Photo)
by DAILY SABAH WITH AGENCIES
Oct 06, 2021 8:12 am

Defense Minister Hulusi Akar said Greece, as a neighbor, should not be goaded into acting against Turkey by others in the face of the ongoing tensions in the Eastern Mediterranean.

Noting that Turkey has always believed in a peaceful solution in compliance with international law and good neighborly relations, Akar stressed that Ankara favors dialogue with Athens.

Referring to a recent incident in which the Greek Cypriot research vessel Nautical Geo was intercepted while trying to violate the Turkish continental shelf, Akar stressed that Greece continues to engage in provocations and violations despite Turkey’s warnings.

Although Turkey favors dialogue and a peaceful solution, it will not allow its rights and those of the Turkish Cypriots to be violated, he said, underlining that Turkey will not tolerate any fait accompli.

Commenting on Athens' recent purchases of big-ticket arms, Akar reiterated that Greece should not allow certain countries to provoke it to act against Turkey, noting that such actions would not benefit Greece.

Last month, Greece announced that it was planning to buy another six Rafale fighter aircraft as tensions continue to flare with Turkey in the Eastern Mediterranean.

Athens has already ordered 18 of the jets. "Soon there will be 24," Greek Prime Minister Kyriakos Mitsotakis said in a speech in Thessaloniki that was broadcast on Greek television.

Akar had stated in July that secondhand French Rafale jets would not change the power balance in the region. But later in September, Greece announced that it planned to purchase three new Belharra frigates from France despite maintaining that it had no intention of entering an arms race with its neighbor and NATO ally Turkey.

Turkey has never been a threat to any party, quite the contrary, it has always been a credible, strong and efficient ally, Akar concluded.

Neighbors Greece and Turkey have been embroiled in tensions on many occasions over a range of issues, from competing claims over hydrocarbon resources in the Aegean Sea to the demilitarization of islands. Greece's burgeoning arms program is designed to counter Turkish challenges in the Eastern Mediterranean – a position that France and a few other EU states have offered public support for in the past months.

In an interview with Greece's state-run broadcaster ERT, Mitsotakis said that cooperation can be reached with Turkey on common issues such as the climate crisis and the refugee problem.