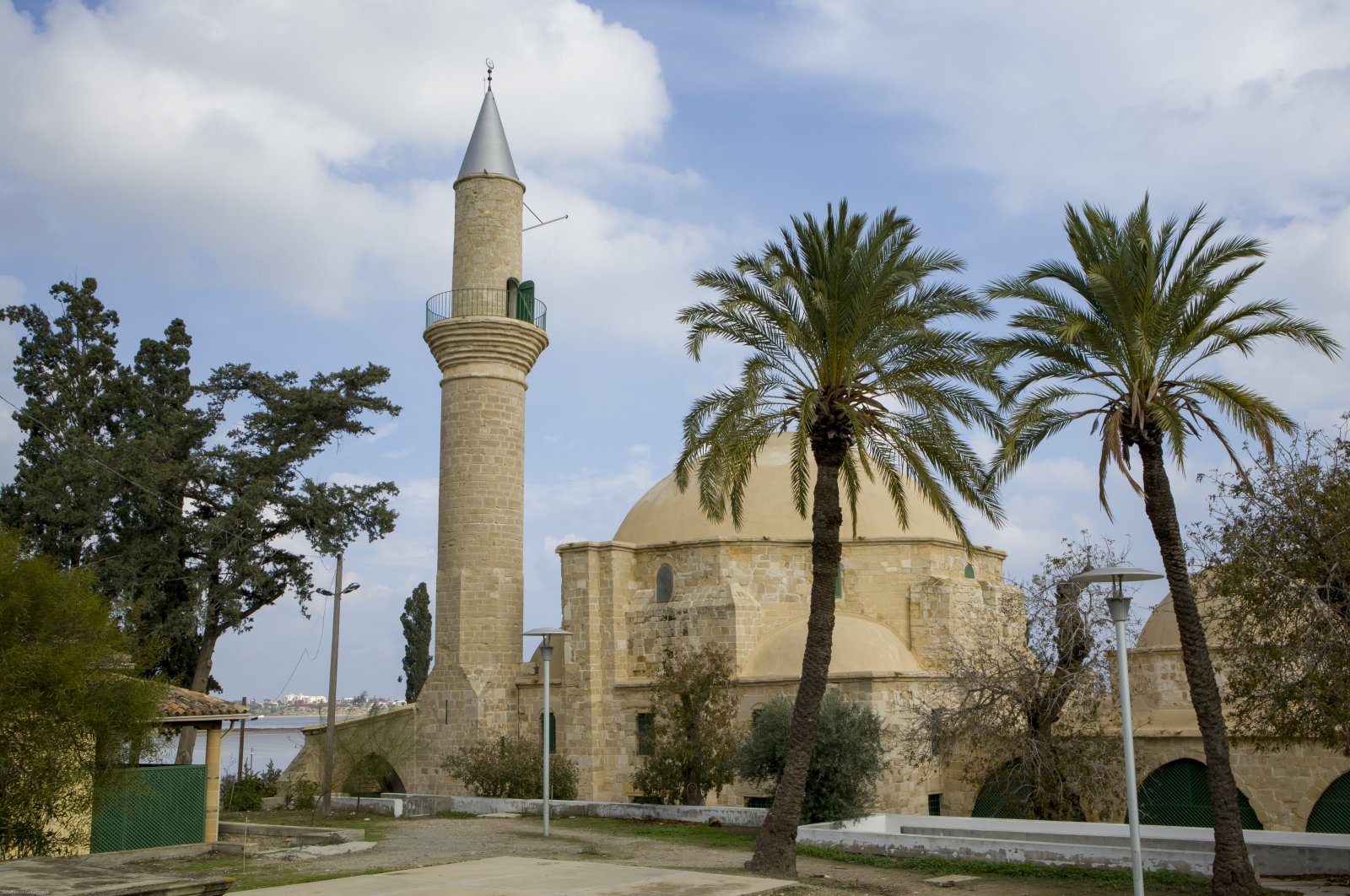 The Greek Cypriot administration has been removing the Turkish names of streets and replacing them with Greek names in neighborhoods where Turkish Cypriots had previously resided prior to 1974, contrary to their recent pledge that they were ready to cooperate on the island, a report said Tuesday.

The administration changed the name of the Piyale Paşa and Talat Paşa streets in Larnaca and has asked the Larnaca Municipality to remove the name of Bozkurt Street and replace the name of Istanbul Street with Constantinople, the Byzantine-era name of Turkey’s largest metropolis, according to Hürriyet daily.

The name of Piyale Paşa Street was replaced by Greek Cypriot leader Nicos Anastasiades in an extravagant ceremony in 2015, but the administration allowed the Turkish name to be displayed in a specific area to avoid criticism during then-ongoing United Nations-led negotiations.

Last month, Armenians and Greeks submitted a petition to change the name of Talat Paşa Avenue in the western city of Paphos (Baf), claiming that Talat Paşa was one of the architects of the so-called Armenian genocide. The Paphos Municipality changed the name of the avenue to Justice Avenue in a unanimous decision.

Far-right Greek Cypriots also submitted petitions in Larnaca to change the name of Bozkurt Street and Istanbul Street, claiming that “Bozkurt” resembles Turkish nationalists and “Istanbul” reminds them of the fall of Constantinople. However, Mayor Andreas Vyras reportedly told them that the street was named Bozkurt in the 1910s, way before Turkish nationalists started calling themselves Bozkurt and that the name Istanbul actually meant innercity (Eis-tin-poli) in Greek.

“Bozkurt” means Grey Wolves in Turkish and its use has been banned in France and Germany, even though no such movement with the name exists.

According to the 1963 Constitution of the bicommunal Republic of Cyprus (ROC), all public areas and official documents need to be written in both Greek and Turkish. Greek Cyprus considers itself as the continuation of the ROC with unanimous international backing, despite this position being challenged by Ankara and the TRNC.

On Jan. 20, U.N. Secretary-General Antonio Guterres announced his intention to invite the rival leaders on Cyprus to an informal meeting “as soon as practicable” but warned that this meeting must be different and help clarify “the true extent” of their common vision “and outline steps necessary to chart a way forward.”

After decades of status quo, he said, “changes are happening on the ground that may become irreversible, should the two communities not recommit themselves to resolving their differences peacefully, proactively and with determination.”

Following consultations over the past months by U.N. envoy Jane Holl Lute, Guterres said both sides and the guarantors have expressed a willingness to attend an informal meeting under his auspices.

Cyprus has been divided since 1974 when Turkey used its guarantor power to intervene in the island after a far-right military coup sponsored by the military junta, then in power in Athens, sought to unite the island with Greece and toppled President Archbishop Makarios III.

The mid-1950s marked dark days for the Turkish Cypriots as they were subjected to oppression and killings by the terrorist group EOKA, which sought the annexation of the island to Greece.

The terrorist group wanted to eradicate Turkish Cypriots’ existence on the island, thus resorting to the brutal violence that led to Turkish Cypriot’s abandoning at least 33 villages from 1955 to 1958.

Greece decided to take the Cyprus matter to the U.N. and filed various motions between 1954 and 1958, calling on the international organization to recognize the Greek Cypriots’ self-determination.

In response, the U.K., then-ruler of the island, said the Turkish Cypriots should have “self-determination” rights as well and partition stood as a valid option to end the dispute.

With the approval of the U.K., Turkey and Greece reached a consensus on Feb. 11, 1959, leading to the Zurich and London agreements that later paved the way for the establishment of the Republic of Cyprus in 1960 where all three countries would be guarantors.

The Turkish Cypriots, weary of the brutal violence carried out by EOKA, finally got a glimmer of hope; however, they would soon realize that the promises made were nothing but a mirage.

Turkish Cypriots were discriminated against and alienated by the Greek Cypriots in state institutions and systematic and comprehensive attacks began on Dec. 21, 1963, when a bloody incident, later termed “Bloody Christmas,” took place.

The Cyprus issue has seen an on-and-off peace process in recent years. The latest talks, which began on June 28, 2017, and were monitored by Guterres’ special adviser on Cyprus, Espen Barth Eide, failed after 10 days of intense discussions. The Greek Cypriot side leaked files, which the U.N. had classified as confidential, to the Greek media before sending them to the U.N. and the Turkish side, and while the Greeks never strayed from their discourse of “zero troops, zero guarantees,” they were not receptive to offers and suggestions. Prior to that, in 2004, then-U.N. Secretary-General Kofi Annan’s plan for a solution was accepted by the Turkish Cypriots but rejected by the Greek Cypriots in twin referendums.