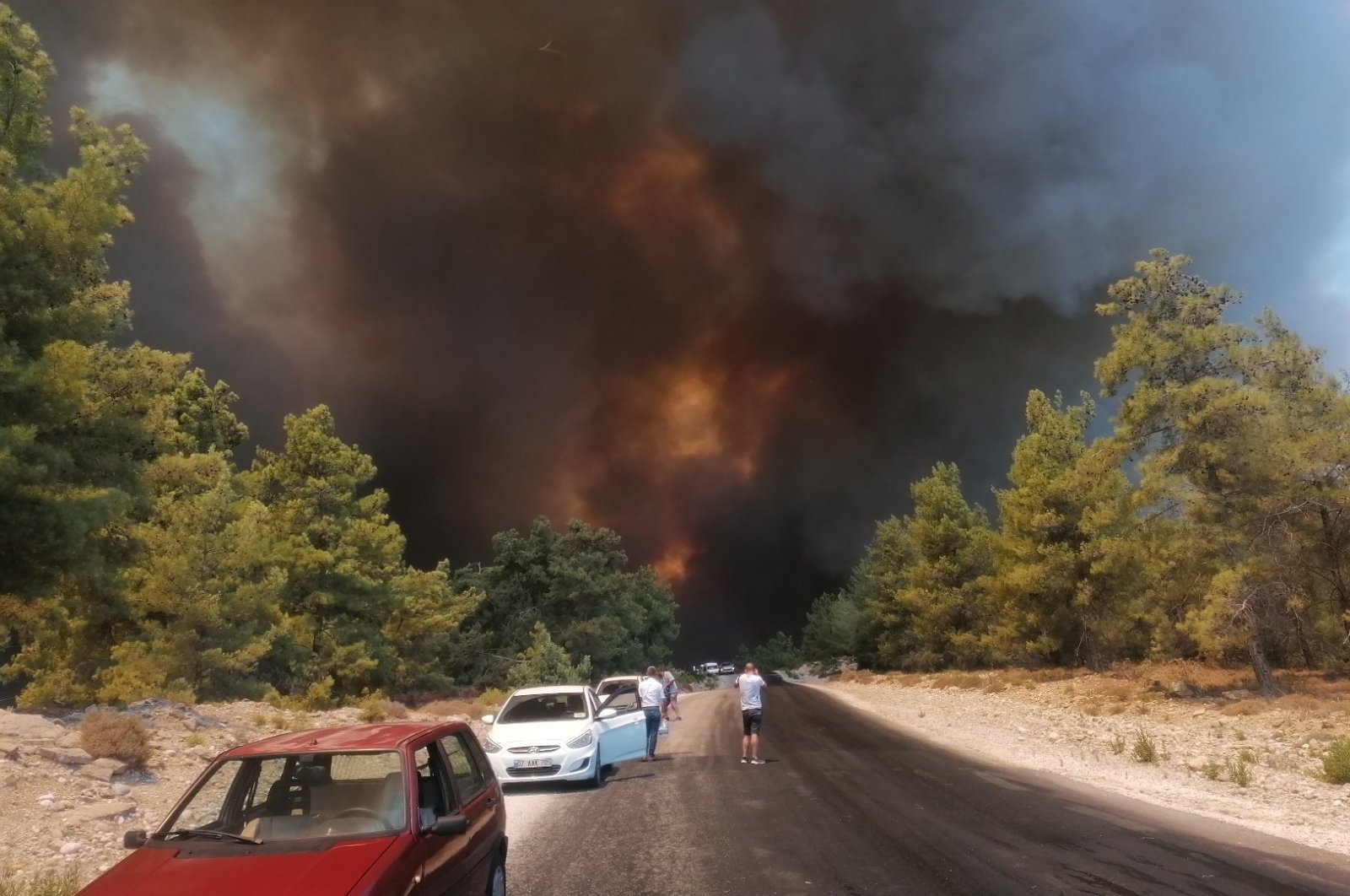 Forest fires erupted in four different spots in the Manavgat district of Turkey's southern province of Antalya on Wednesday. “This is an unprecedented fire,” district governor Mustafa Yiğit told reporters as the flames were advancing towards residential areas and a hospital.

Strong winds fanned the flames, forcing authorities to evacuate a number of houses in the Evrenseki, Kalemler and Yeniköy neighborhoods. Yeniköy is the epicenter of the fire whose cause is not known yet. Local firefighters are being aided by equipment and fellow firefighters from nearby cities.

Manavgat Mayor Şükrü Sözen said the fire spread through an area of 15 kilometers (3700 acres). Crews coordinated evacuation efforts while some locals drove out of the path of the fire on their own. Video footage showed some houses destroyed by the fire though no casualties were reported, apart from animals that died in stables in the rural neighborhoods hit by the fire. Minister of Agriculture and Forestry Bekir Pakdemirli was set to visit the fire-hit area later on Wednesday.

Authorities announced that some 450 forestry workers specialized in firefighting were deployed to the area. Another forest fire, which broke out in the Kavaklı neighborhood, was extinguished.

Turkey, which seeks to increase the number of its forests, faces a heightened threat of fires, especially in the summer. The causes of fires vary, and arson is blamed on some but more often than not, they stem from haphazard disposal of flammable material in the forests. In recent years, it has modernized its crews responding to fires and has improved training for firefighters. Last year, fires across the country had damaged 20,971 hectares (51,828 acres) of forests. Earlier this month, two forest fires that continued for days gutted forests in Hatay and Mersin, two provinces located in the Mediterranean region like Antalya.