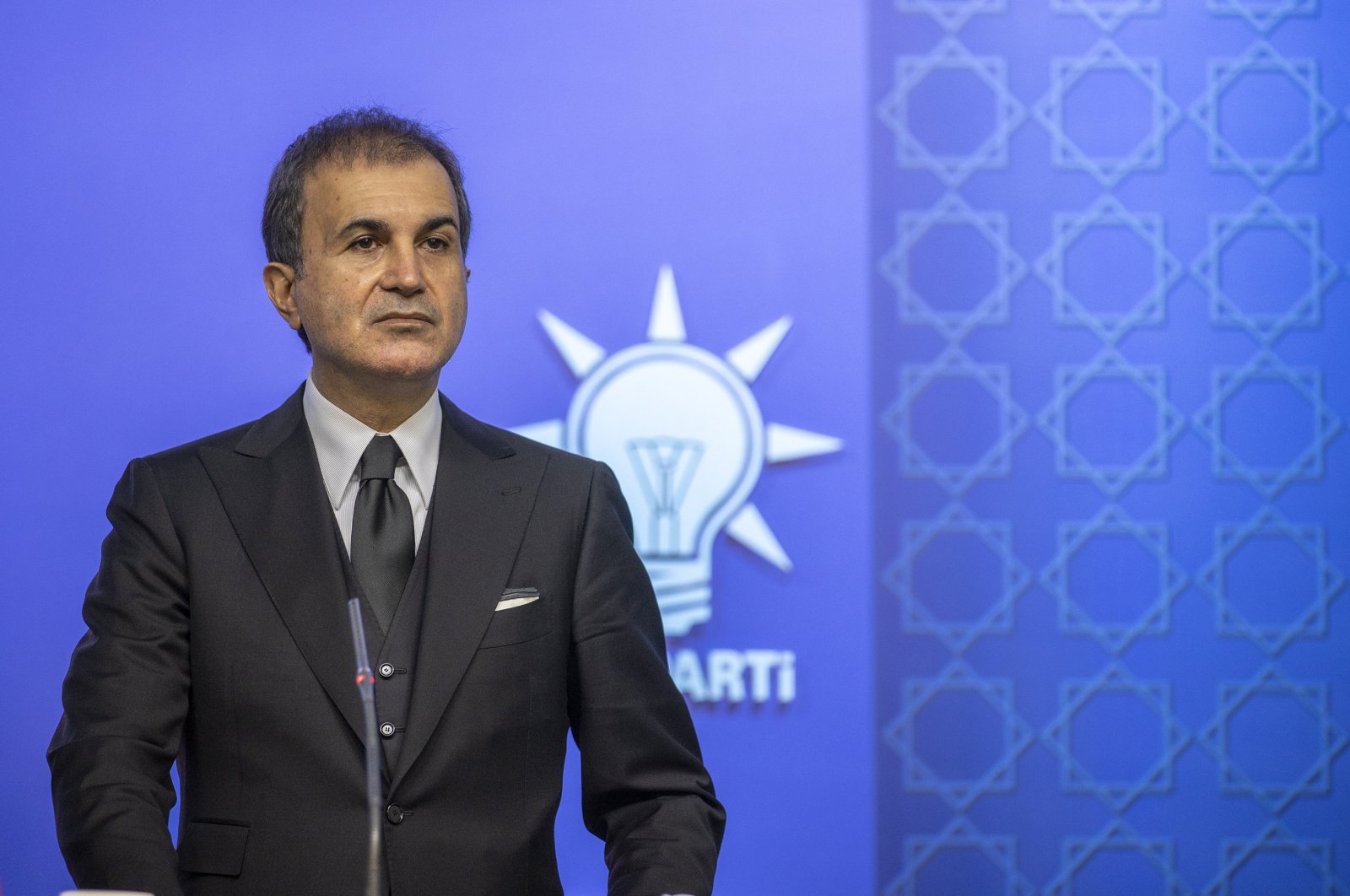 Turkey's ruling Justice and Development Party (AK Party) spokesperson late Thursday criticized Greek Foreign Minister Nikos Dendias' remarks made earlier in the day during a joint press conference with Turkish Foreign Minister Mevlüt Çavuşoğlu in the capital Ankara, saying those who defend lies about Turkey to further their own country's political aspirations will find themselves on the wrong side of history.

Releasing a message on his Twitter account, Ömer Çelik said that disrespect and fanaticism are not diplomatic methods. "Disrespect and dialogue cannot come together. Where fanaticism takes place, there will be no diplomacy," he said.

"Those who defend lies produced about Turkey as their own state's thesis will find themselves on the tragic side of history. Regardless of who it is, the theses of a state cannot be defended with lies and fanaticism," Çelik said.

"We have often seen those who put their own state in this situation in our nearby region. Those who produce lies about Turkey have no other address but a dead-end street. We know very well how to fight fanatics," he added.

Thursday's news conference opened with conciliatory remarks from Çavuşoğlu in which he praised "the very positive dialogue" they just held in the Turkish capital.

"It is in our interests that minorities in both countries live in peace, it will have a positive impact on our relations," Çavuşoğlu said. He replied to his Greek counterpart's accusations with regard to alleged violations of sovereignty and remarks over minorities.

Çavuşoğlu also announced that they have agreed to meet in Geneva at the end of this month.

"We will continue to work together to improve Turkey-Greece relations," the Turkish foreign minister said adding that Turkey believes that disputes with Greece can be resolved "through constructive dialogue."