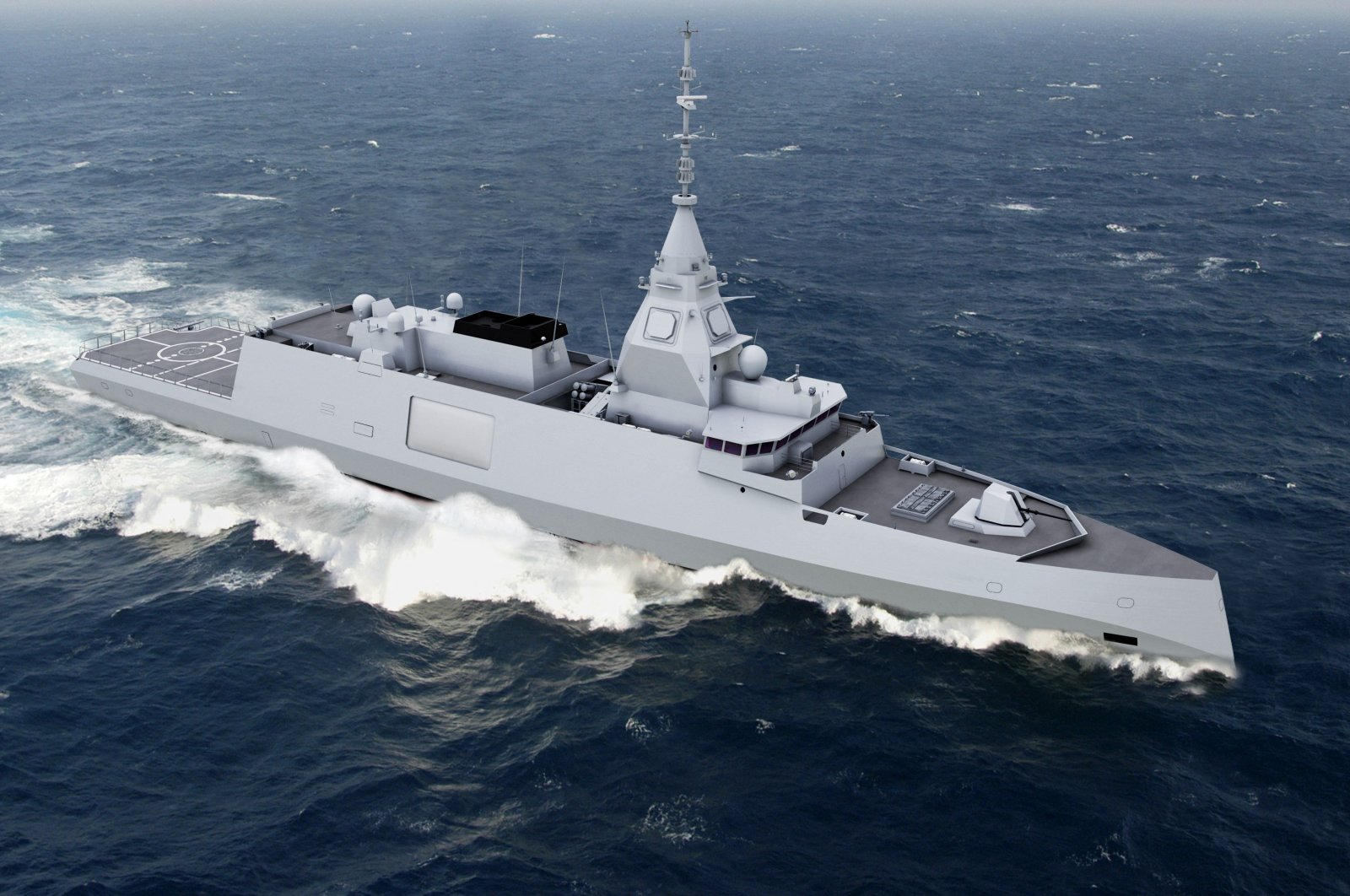 “It is vain for Greece to hope that it can make Turkey accept these claims, which are also questioned by the international community, through anti-Turkey military alliances, harming the NATO alliance,” the ministry said in a written statement, referring to the French-Greek deal in which both countries committed to mutual defense assistance.

“Greece’s arming, policies to isolate and alienate Turkey, in fact, are problematic policies that will harm the EU, to which it is itself a member, and threaten regional peace and stability.”

France and Greece signed Tuesday a multibillion-euro deal for Athens to buy three French warships, an accord hailed by President Emmanuel Macron as a major boost for the EU's defense ambitions.

Macron said after meeting Greek Prime Minister Kyriakos Mitsotakis at the Elysee Palace that Greece would buy the three frigates from France to cement a deeper "strategic partnership" between the two countries to defend their shared interests in the Mediterranean. Greece, however, had said it has no intention of entering an arms race with its neighbor and NATO ally Turkey

"Today is a historic day for Greece and France. We have decided to upgrade our bilateral defensive cooperation," Mitsotakis said.

He said the agreement involves "mutual support" and "joint action at all levels," as well as an option to purchase a fourth frigate.

"Our two countries have developed a very powerful alliance that goes beyond our mutual obligations" as NATO allies, he said.

Macron added that the frigate sale was not meant to be seen as a threat against Ankara, but a means to jointly ensure security in the Mediterranean, as well as in North Africa, the Middle East and the Balkans.

Greece and France had already roused Ankara's ire in January when they signed a 2.5-billion-euro ($3 billion) deal for 18 Rafale jets – 12 of them used and six new.

In September, Mitsotakis surprised many observers with plans to buy an additional six Rafale jets, bringing the total order to 24.

Greece has often been embroiled in tensions with neighboring Turkey over a range of issues, from competing claims over hydrocarbon resources in the Aegean to the demilitarization of islands.

Its burgeoning arms program is designed to counter Turkey in the Eastern Mediterranean, against which France is among the few EU states to have offered public support in past months.

The announcement of boosting military ties with France comes after Defense Minister Hulusi Akar said recently that secondhand French Rafale jets will not change the power balance in the region.

“They have been engaging in an arms race. They buy jets, arms, equipment. It is not possible to change the power balance with a few secondhand jets,” Akar had said.

Turkey has frequently said that it expects neighboring Greece to adopt peaceful political solutions rather than aggressive ones.

The ministry continued to underline that these efforts will increase Turkey’s determination to protect its rights and those of the Turkish Republic of Northern Cyprus (TRNC) in the Aegean and Mediterranean.

Turkey, the country with the longest coastline on the Eastern Mediterranean, has sent drillships with a military escort to explore for energy on its continental shelf. Ankara says that it and the Turkish Republic of Northern Cyprus (TRNC) have rights in the region.