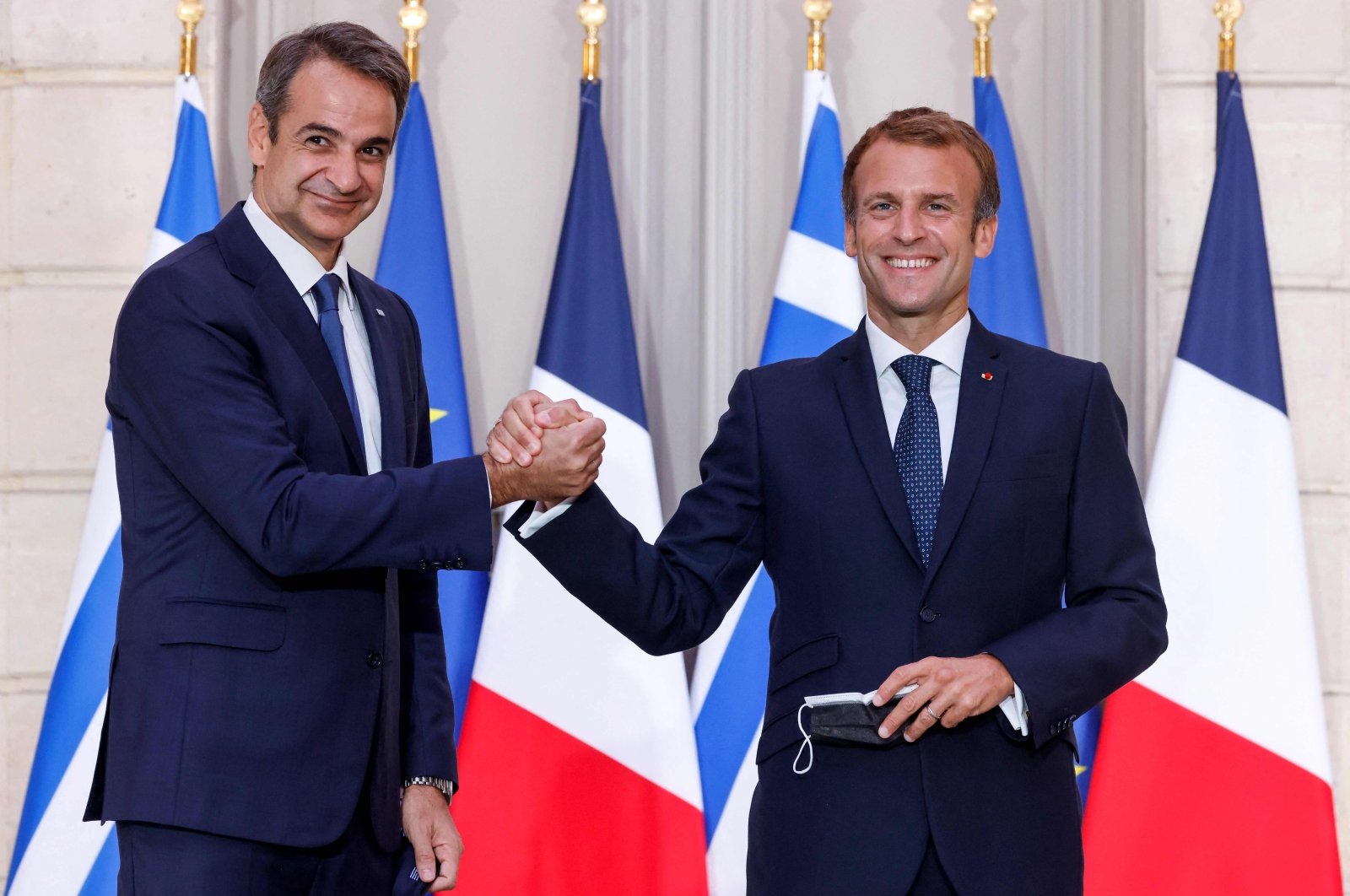 Despite saying it has no intention of entering into an arms race with its neighbor and NATO ally Turkey, Greece announced on Tuesday the purchase of three new Belharra frigates from France with the option for one more.

Greece will buy three frigates from France as part of a deeper "strategic partnership" between the two countries to defend their shared interests in the Mediterranean, French President Emmanuel Macron said Tuesday.

He called Athens' decision to buy the Belharra ships "a sign of confidence" in France's defense industry, against competition notably from the American group Lockheed Martin, according to press reports.

The deal also sends a signal from Paris after its stinging loss of a multibillion-euro contract for submarines with Australia, which announced it would instead sign a deal for nuclear-powered subs from the United States.

Macron has long insisted that Europe needs to develop its own defense capabilities and no longer be so reliant on the United States.

"Today is a historic day for Greece and France. We have decided to upgrade our bilateral defensive cooperation," Mitsotakis said.

He said the agreement involves "mutual

support" and "joint action at all levels," though no financial details of the contract were given.

Mitsotakis added that the French deal would have not affected a defense cooperation agreement under discussion between Greece and the U.S., despite the tensions sparked between the EU and Washington after the Australia submarines row.

The agreement is "not antagonistic" to the Greek-U.S. relationship, he said, citing how "France stood by us during difficult times in the summer of 2020", a reference to Turkey's challenge of Greek territorial rights in the Aegean Sea.

Macron also vowed that the U.S.-Australia pact would not impact France's strategy for the Indo-Pacific region, where China has made no secret of its desire to exercise significant military sway.

"We have one million fellow citizens who live in this region, and over 8,000 soldiers deployed there," Macron said, referring to France's presence through several overseas territories in the region.

He added, however, that "Europeans must stop being naive" regarding geopolitical competitions, while confirming that France's ambassador to Washington, called home in the wake of the subs crisis, would return on Wednesday.

Earlier this month, Greece also announced that it was planning to buy another six Rafale fighter aircraft as tensions continue to flare with Turkey in the Eastern Mediterranean.

Greece has often been embroiled in tensions with neighboring Turkey over a range of issues, from competing claims over hydrocarbon resources in the Aegean Sea to the demilitarisation of islands. Greece's burgeoning arms program is designed to counter Turkish challenges in the Eastern Mediterranean, against which France is among the few EU states to have offered public support in past months.

In an interview with Greece's state-run broadcaster ERT, Mitsotakis said that cooperation can be reached with Turkey on common issues such as the climate crisis and the refugee problem.

"I am not in the mood for an arms race with Turkey. It is not my intention," he said. "Because, you know, these are decisions for arms programs that have a long horizon. I will hand over more powerful armed forces to my successor."