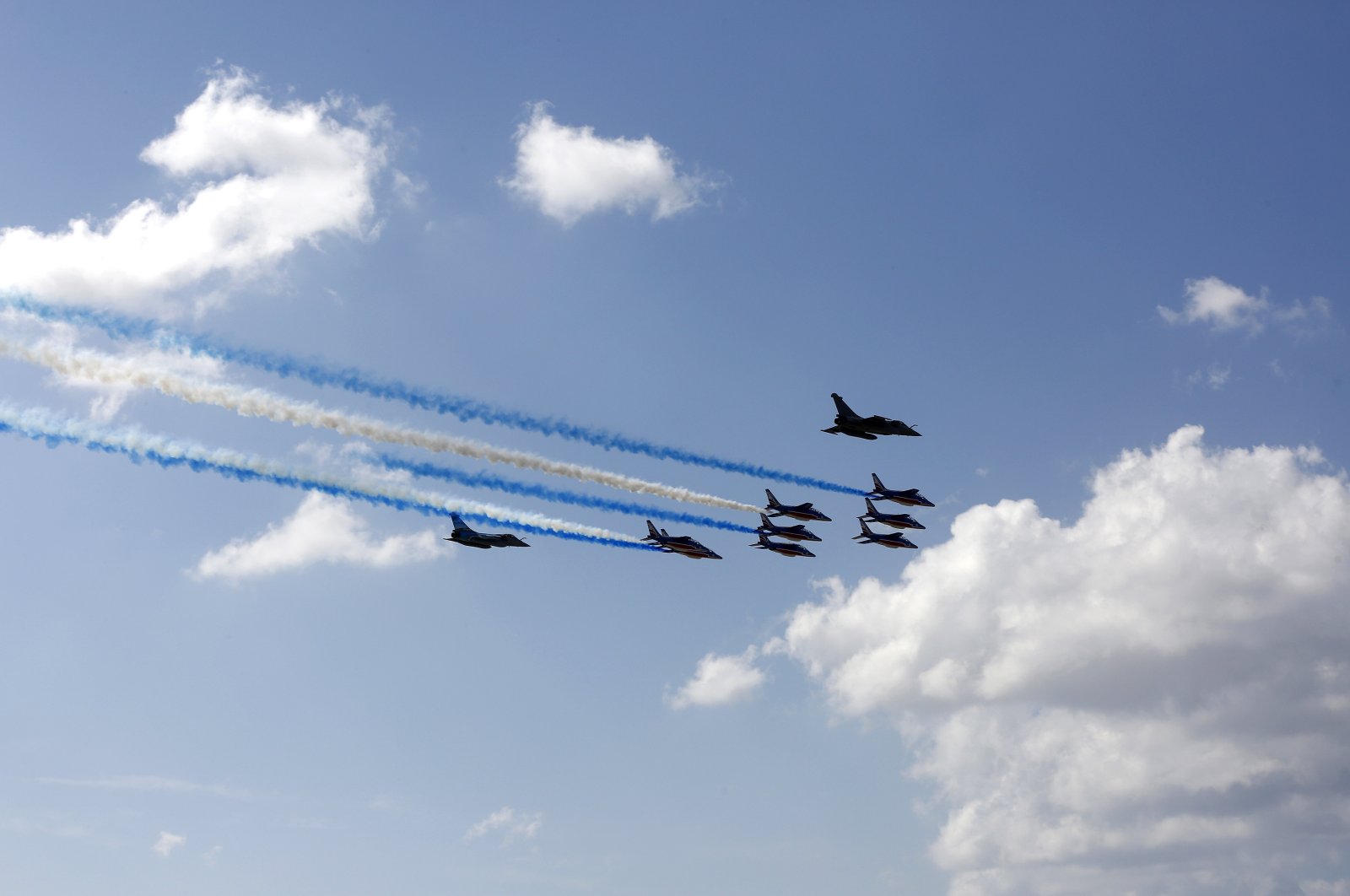 Greece announced on Saturday that it was planning to buy another six Rafale fighter aircraft as tensions continue to flare with Turkey in the Eastern Mediterranean.

Athens has already ordered 18 of the jets. "Soon there will be 24," Greek Prime Minister Kyriakos Mitsotakis said in a speech in Thessaloniki that was broadcast on Greek television.

Greece and Turkey came close to a military confrontation in a spat over gas exploration in the Eastern Mediterranean last year.

Athens is also involved in negotiations to buy four new frigates, according to Greek media reports.

Turkey has frequently voiced that it expects its neighbor Greece to adopt peaceful political solutions rather than aggressive ones. Defense Minister Hulusi Akar stated recently in July that secondhand French Rafale jets will not change the power balance in the region.

Delivery of the previously agreed 18 Rafale jets – 12 currently in service in France and six new planes to be built by Dassault Aviation – is scheduled to begin midyear and to be completed over two years. The jets and the purchase of compatible air-to-air Meteor missiles are expected to cost 2.3 billion euros ($3.4 billion).

Most recently on Thursday, President Recep Tayyip Erdoğan said Turkey expects Greece to respect its rights and interests and to avoid unilateral actions and attempts at fait accompli as he said Ankara wants the Aegean region to be a hub of friendly relations.

The president was speaking at a symposium organized jointly by the Dokuz Eylül and Başkent universities to mark the anniversary of the Great Offensive against occupying Greek forces in 1922.

Noting that Ankara expects Athens to respect Turkey's rights, Erdoğan said he believes the two countries can find solutions based on justice, cooperation and neighborly relations.

"Rather than passing down a bunch of problems to our children, we would like to ensure that we give them a more stable, peaceful and secure future," the president said.

Erdoğan also noted that Turkey wants the Aegean to be an area of friendship and has always acted calmly in the face of Greek provocations, including the violation of the demilitarized status of the Aegean islands and the issuing of Navtex.

Furthermore, Akar also spoke at the same event, saying that Greece “should not forget the heavy price they paid a century ago, and refrain from new adventures that would end in disappointment.”

He said Greek authorities have been insisting on using aggressive rhetoric as Turkey tries to find solutions to these problems under the framework of international law, logic and neighborly relations.