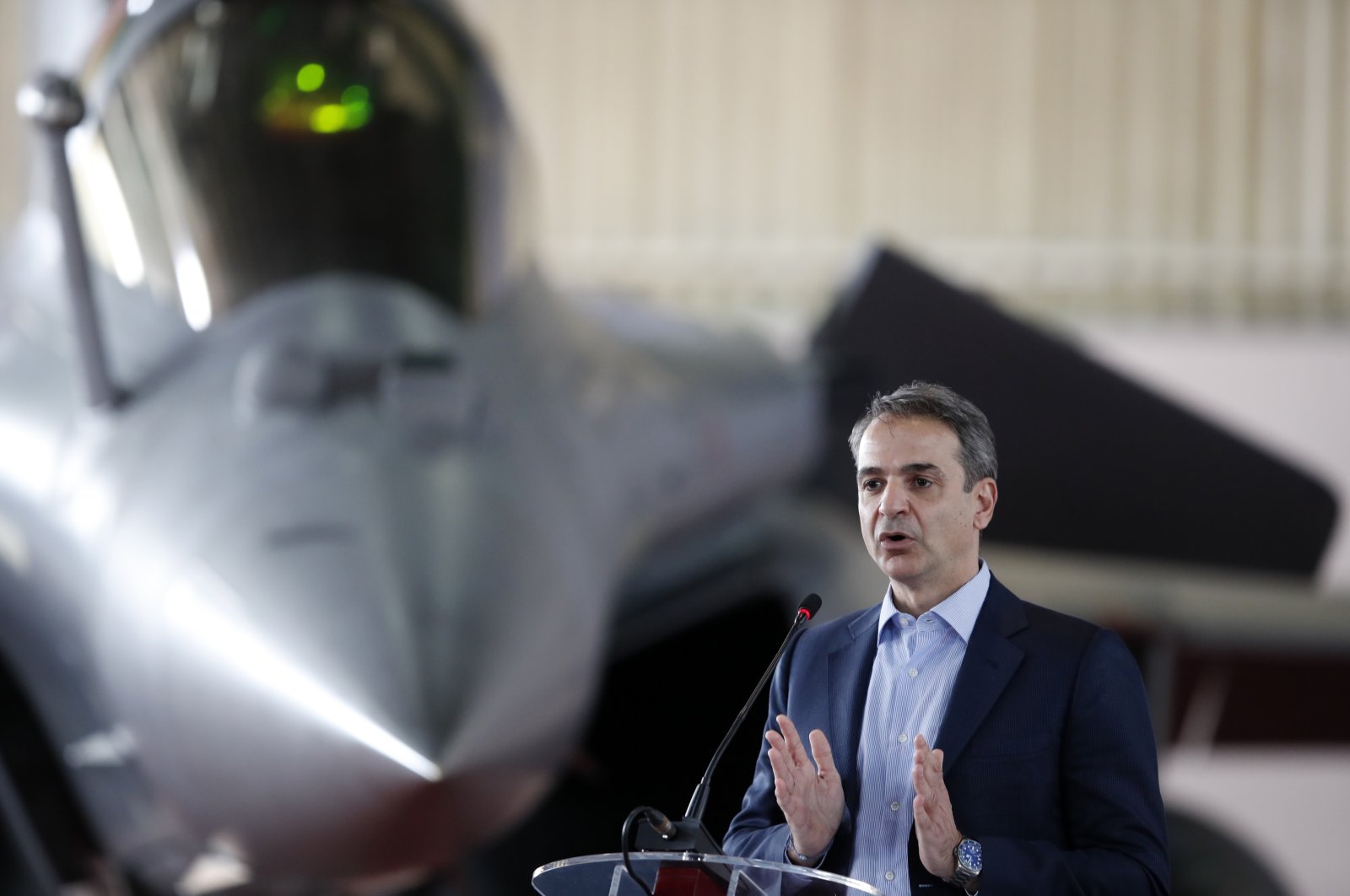 Greece's Prime Minister Kyriakos Mitsotakis speaks during the international military exercise Iniochos with a French Rafale fighter jet in the background, at Andravida air base, about 279 kilometers (174 miles) southwest of Athens, Greece, April 20, 2021. (AP Photo)
by DAILY SABAH WITH AA Apr 23, 2021 11:40 am
RECOMMENDED

Greek Prime Minister Kyriakos Mitsotakis said on Thursday that there needs to be communication between Turkey and Greece, and alluded to a future meeting with President Recep Tayyip Erdoğan to work on improving bilateral ties.

"There will be a meeting with (Turkish President Recep Tayyip) Erdoğan. But I am not in a position to say when. The meeting will happen because we need to communicate," Mitsotakis told a private TV channel.

He said the meeting would be held in the near future and said the only framework to resolve the bilateral disputes between the two countries was international law.

The Turkish-Greek ties have now become Turkey-Europe relations, he claimed, adding that the two countries have clear differences.

Following Dendias’ meeting in Ankara last week, the foreign ministers from both countries took part in a joint press conference. The conference opened with conciliatory remarks from Foreign Minister Mevlüt Çavuşoğlu in which he praised "the very positive dialogue" they had just held in the Turkish capital.

But Dendias used his opening remarks to rattle off a series of long-standing complaints about Turkey – from its search for natural gas in the Eastern Mediterranean to its treatment of the Greek Orthodox minority and the sides' ongoing dispute about migrants.

"It is in our interests that minorities in both countries live in peace, it will have a positive impact on our relations," Çavuşoğlu said. He replied to his Greek counterpart's accusations with regard to alleged violations of sovereignty and remarks over minorities, saying, "Turkey does not violate Greek sovereignty, that is unacceptable."

After the meeting Erdoğan said that Çavuşoğlu put Dendias in his place during the press conference, adding, "Çavuşoğlu could not be expected to remain silent."