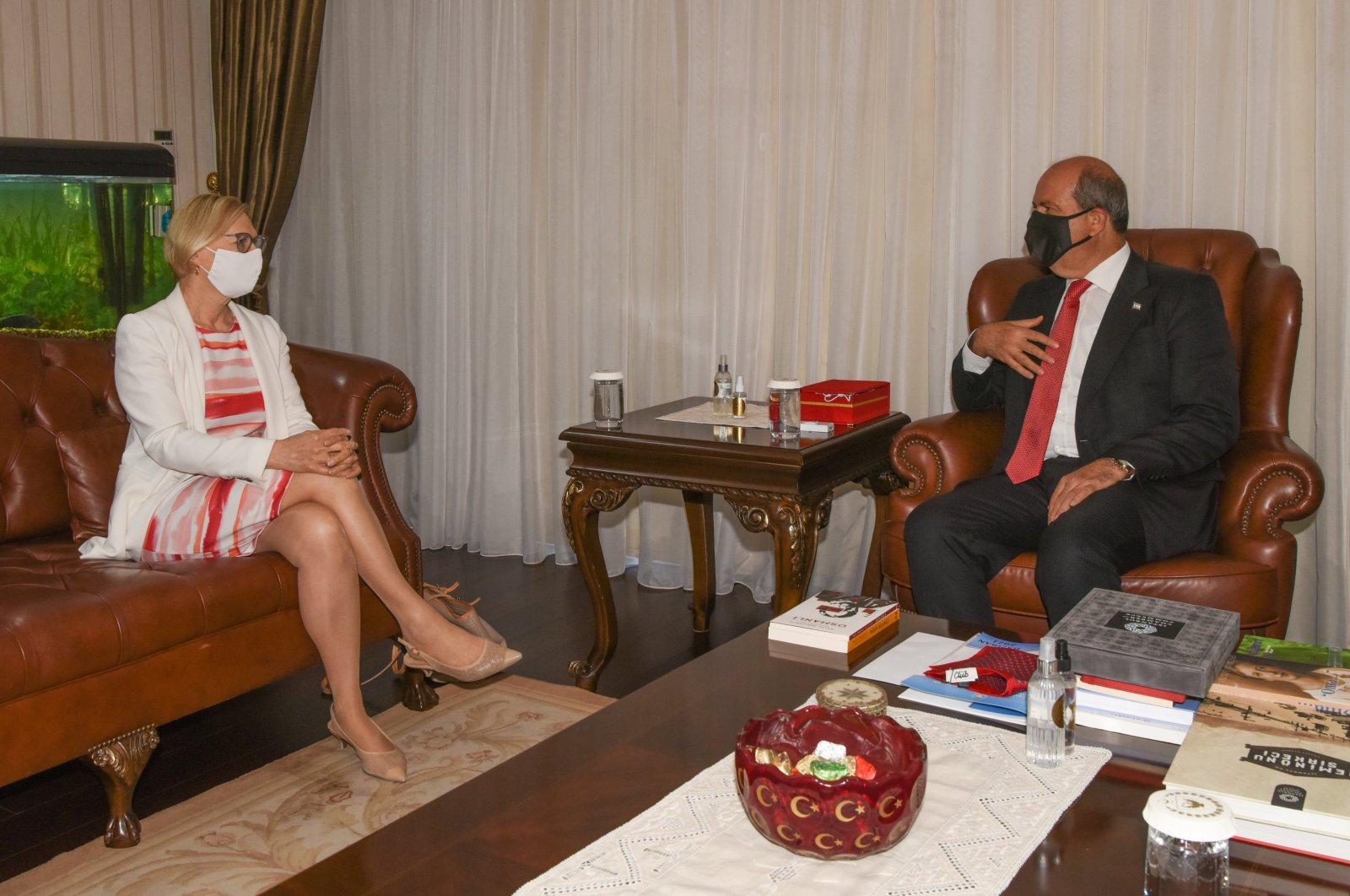 The Greek Cypriot administration is "violating the diplomatic code of ethics," the Turkish Republic of Northern Cyprus (TRNC) said Thursday as it criticized the stance of the Greek side of the island on the planned United Nations-led tripartite meeting.

According to a statement by the TRNC Presidency, Elizabeth Spehar, the outgoing head of the U.N. peacekeeping force on the island of Cyprus, told Turkish Cypriot President Ersin Tatar in a phone call that U.N. Secretary-General Antonio Guterres was considering a possible invitation to a tripartite meeting in New York on Sept. 27.

The statement said that Tatar told Spehar that he could attend an informal trilateral meeting with Greek Cypriot leader Nicos Anastasiades and Guterres if he received an official invitation from the U.N. secretary-general.

If Guterres issues an official invitation, Tatar will participate in the tripartite informal meeting with goodwill and constructive understanding based on the proposal and the new vision (a two-state solution based on Cyprus' sovereign equality) that was put on the table in Geneva, it noted.

Tatar said last week that they continue to work for the recognition of the TRNC, adding that he will pay a visit to the United States on Sept. 18 along with President Recep Tayyip Erdoğan and Foreign Minister Mevlüt Çavuşoğlu, who will both be in the U.S. to participate in the United Nations General Assembly (UNGA) meeting.

However, Guterres said that there is "no common ground yet" to resume formal negotiations on the settlement of the Cyprus problem.