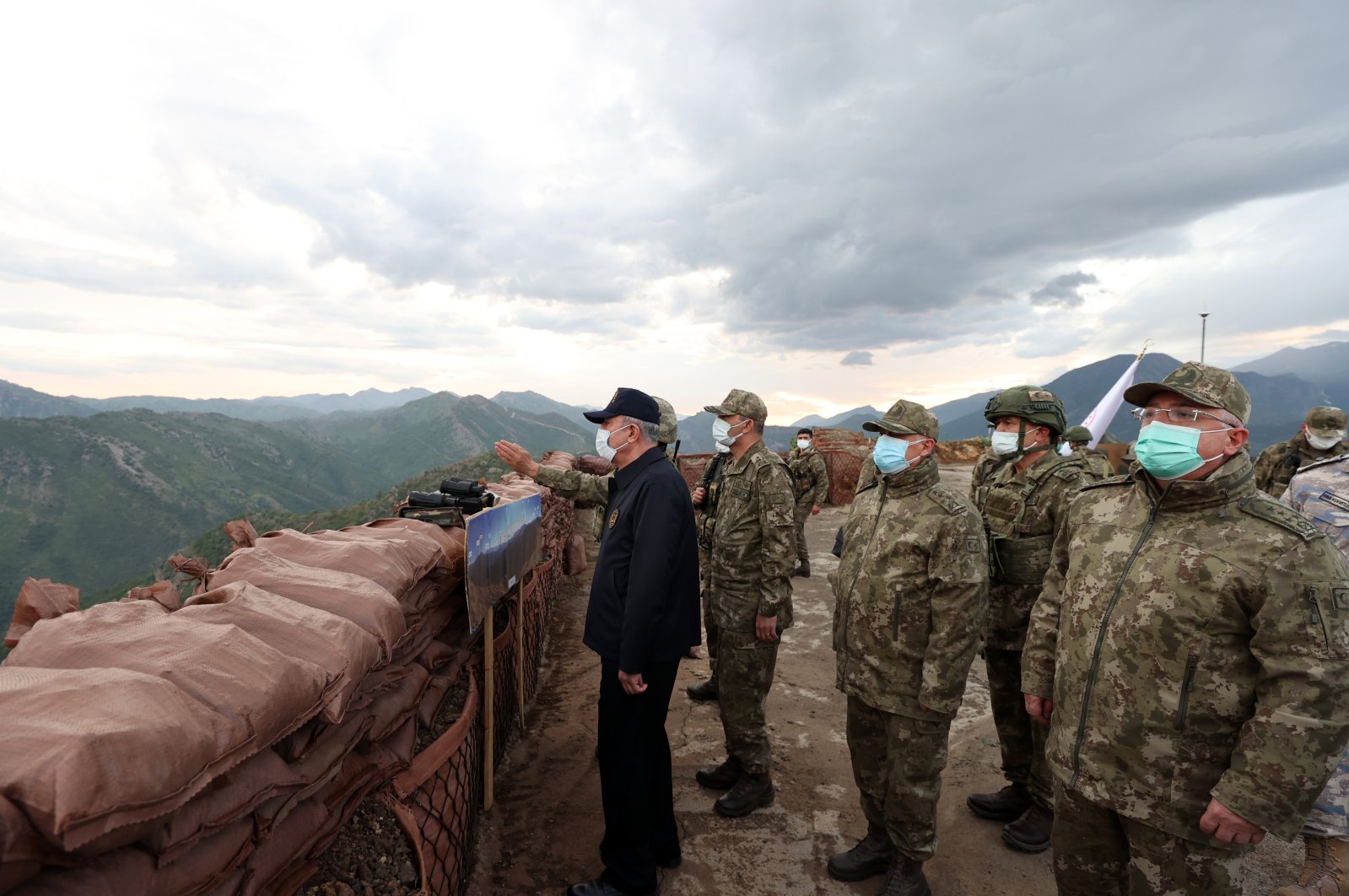 Iraq's Foreign Ministry on Monday summoned the top Turkish diplomatic representative in the country's capital Baghdad to express their concern over Turkish Defense Minister Hulusi Akar's weekend visit to troops at a military base in northern Iraq.

The Iraqi Foreign Ministry said in a statement that it handed the Turkish charge d'affaires a protest note regarding Akar's visit to a Turkish base in northern Iraq.

According to the statement, the ministry told the top Turkish Embassy official that Baghdad "categorically rejects the continuing violations of Iraqi sovereignty ... by the Turkish military forces."

PKK terrorists often use northern Iraq as a base to plan cross-border terrorist attacks on Turkey. The Turkish Armed Forces (TSK) regularly conducts cross-border operations in northern Iraq. Turkey has long been stressing that it will not tolerate terrorist threats posed against its national security and has called on Iraqi officials to take the necessary steps to eliminate the terrorist group. Ankara previously noted that if the expected steps were not taken, it would not shy away from targeting terrorist threats.