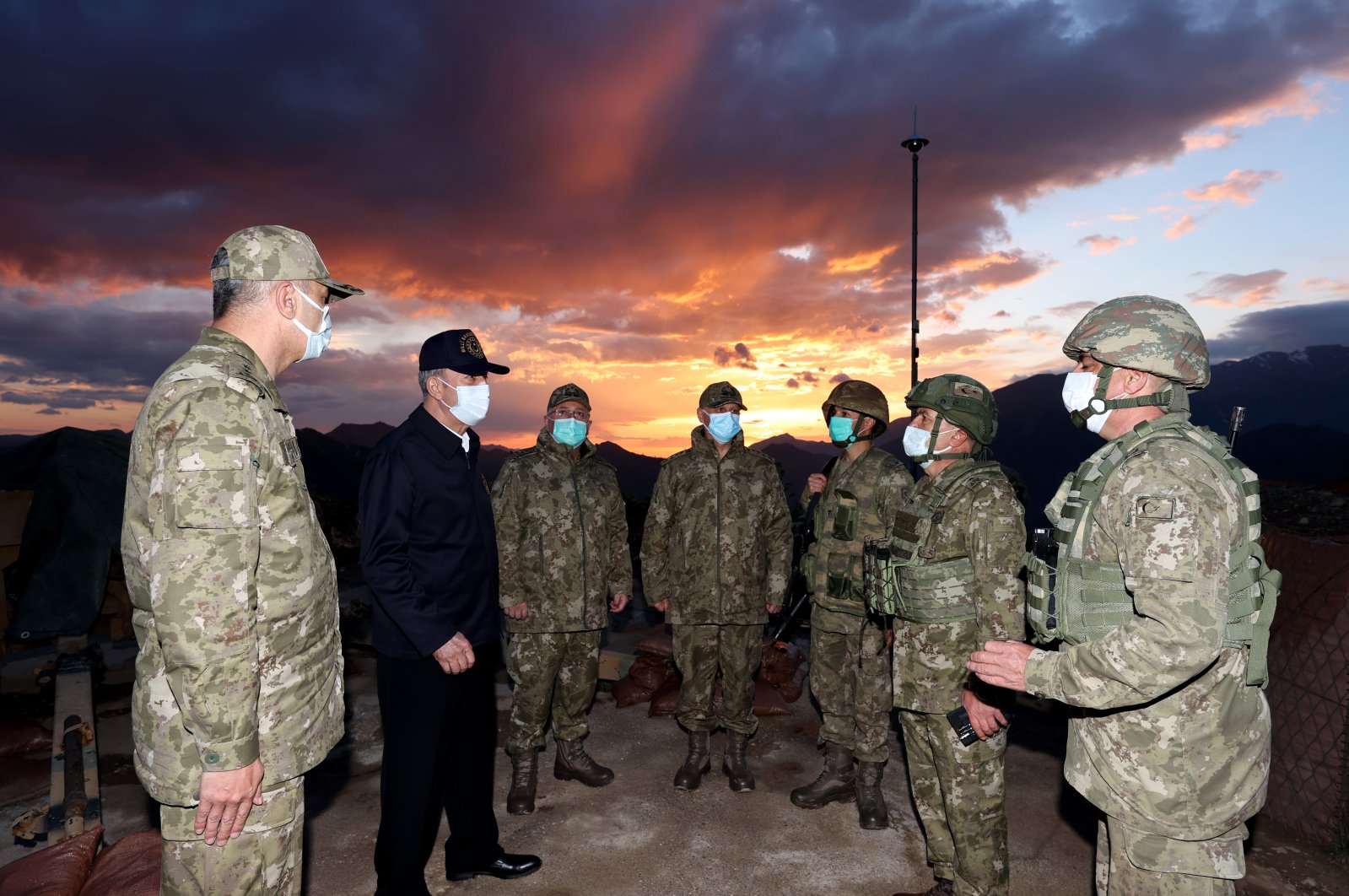 Turkey's Defense Minister Hulusi Akar late Saturday reiterated the country's determination to eradicate the presence of terror elements threatening national security, during his visit to Turkish troops at a base in northern Iraq.

Akar said anti-terror efforts will continue until the last terrorist is eliminated.

The Turkish Armed Forces (TSK) regularly conducts cross-border operations in northern Iraq. Turkey has long been stressing that it will not tolerate terrorist threats posed against its national security and has called on Iraqi officials to take the necessary steps to eliminate the terrorist group. Ankara previously noted that if the expected steps were not taken, it would not shy away from targeting terrorist threats.

Earlier in the day, Akar, along with high-level military officials, also paid a visit to Turkey's southeastern border province of Şırnak to monitor anti-terror operations directed from the border province.