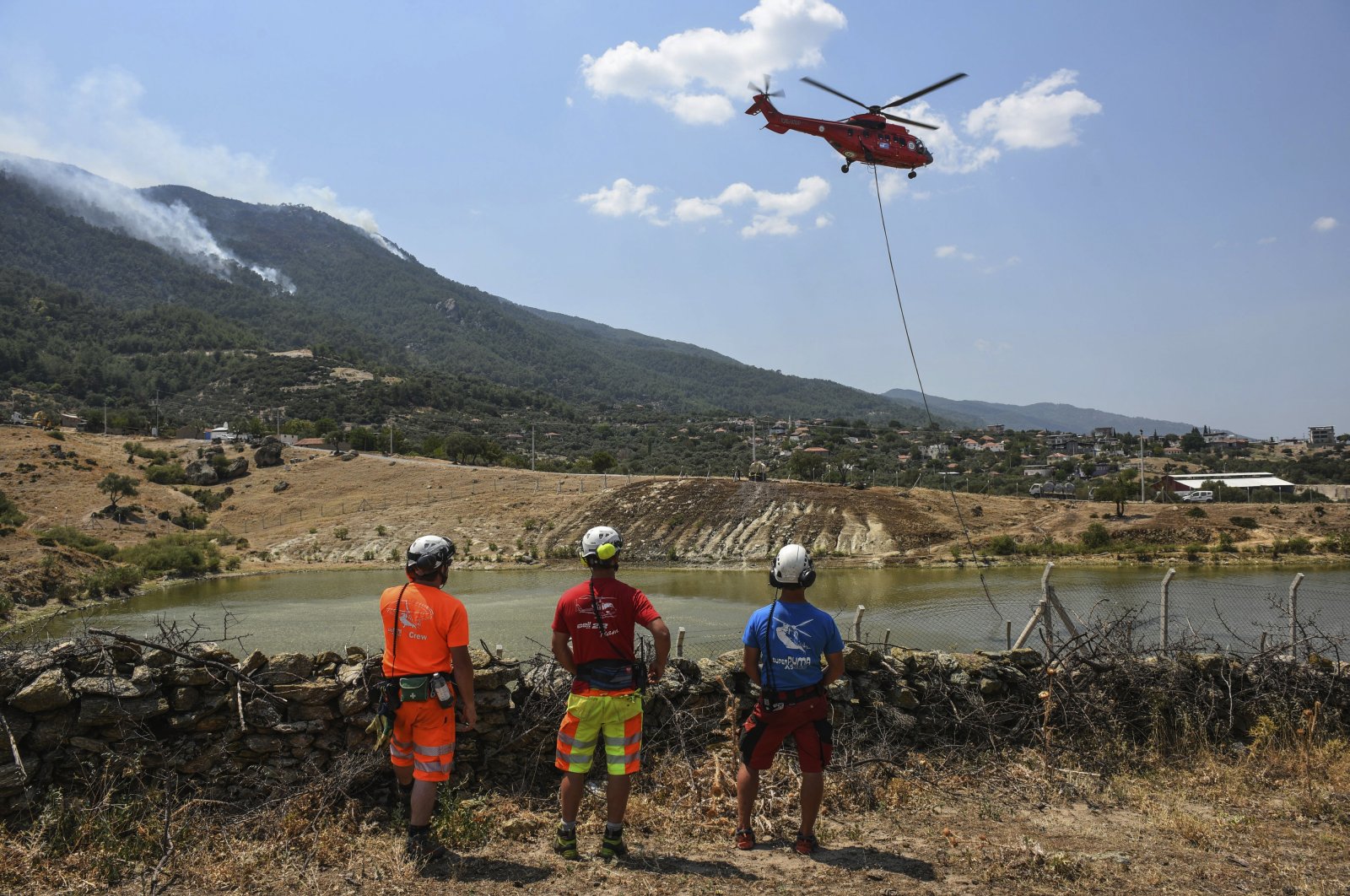 As Turkey's struggle against forest fires continues, Kazakhstan and Kuwait have added themselves to the growing list of countries providing support to Ankara.

Kuwait said on Saturday that it will dispatch a fire brigade crew to Turkey to support that country's fight against forest fires.

Kuwaiti Fire Force chief Khaled Al-Mekrad said on social media that the team that will be deployed on Sunday will consist of 45 firefighters.

A similar team will also be dispatched to Greece, he added.

At least eight people have been killed since the fires started in southern Turkey on July 28, according to officials.

According to a statement by the Kazakhstan Emergency Situations Ministry, the helicopters and a special team of 16 people took off from Nur Sultan, the capital of Kazakhstan, to Turkey's southwestern Muğla province upon the instruction of Kazakh President Kassym-Jomart Tokayev.

The statement also said that Nur Sultan is ready to provide humanitarian assistance to restore forests damaged by fire.

As forest fires continued threatening Turkey, countries lined up to offer their condolences, messages of solidarity and even airplanes to help the country fight the fires.

Turkish President Recep Tayyip Erdoğan on Tuesday thanked the countries that were sending aid, expressing condolences and stating a readiness to assist in Turkey’s fight against blazes tearing through forests and villages on the country's southern coast.

“I thank on my nation’s behalf all the friendly countries and organizations that have extended their support, get-well wishes and condolences, voiced their readiness to help, and provided aid in our fight against the forest fires. We will inshallah overcome these difficult times as soon as possible,” he wrote on Twitter.

Most recently, Azerbaijan stated on Friday that 40 fire trucks set off in addition to those sent before. This latest addition will see the number of vehicles sent from Azerbaijan to fight fires in Turkey reach 93.

Reminding that 510 Azerbaijani personnel, one helicopter and one amphibious aircraft belonging to Azerbaijan are participating in the firefighting efforts in Turkey, Azerbaijani President Ilham Aliyev suggested sending another group of 200 specially trained firefighters.