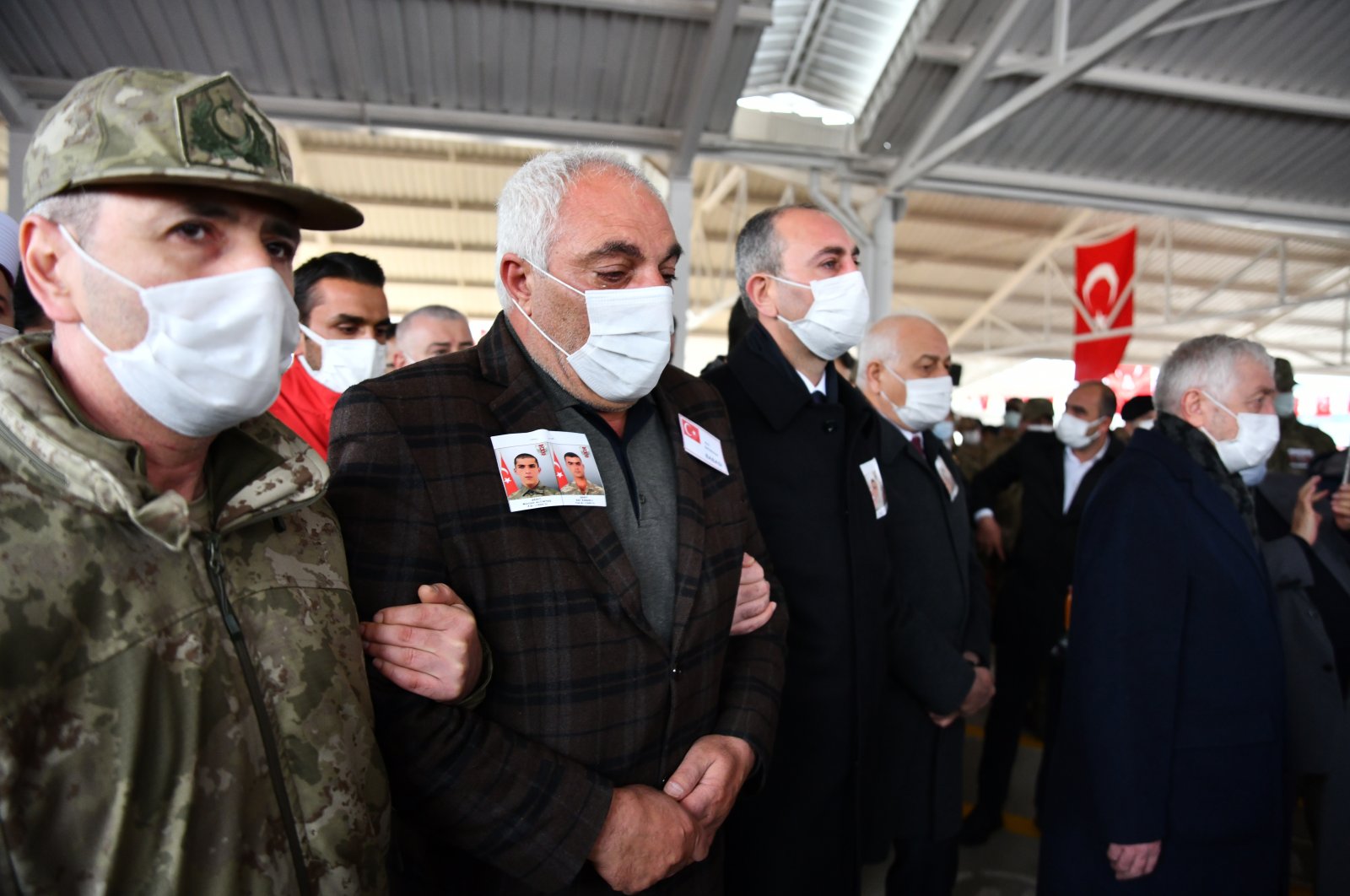 A group of Malaysian nongovernmental organizations (NGOs) condemned the brutal execution of 13 Turkish civilians by PKK terrorists in northern Iraq.

The Malaysian Consultative Council of Islamic Organizations, an umbrella group of dozens of NGOs, late Tuesday said the "barbaric execution was a war crime."

"We consider the execution of civilians a total disregard for international law," said Mohd Azmi Abdul Hamid, the council's head, in a written statement.

The group called for an independent investigation so that the perpetrators will be prosecuted.

Hamid added that Ankara is entitled to carry out cross-border military operations against the PKK in Iraq and Syria to protect itself from attacks.

"We support Turkey's resolve to fight terrorism and foreign powers that are trying to undermine the sovereignty of Turkey," he added.

He rejected the violent approach of the PKK to disrupt peace in Turkey while demanding a separate state.

The Muslim Youth Movement Malaysia also condemned the killing, saying in a statement, "This is one of the series of atrocities committed towards Turkish civilians by the PKK, which has been labeled a terrorist organization at the international level."

The PKK "has been promoting violence and is rejected by the Kurdish community itself," said Muhammad Faisal Abdul Aziz, the movement's head.

Citing the PKK's abduction of children to turn them into terrorists, Azis said, "As an assertion, the international communities should firmly reject the violent movement organized by the PKK and its alliances."

Meanwhile, the Movement for An Informed Society Malaysia, another NGO, also condemned the PKK's massacre of Turkish citizens.

"We need to underline the fact that the silence of the international public including the Western world over the PKK massacre is indeed deafening," said Ahmad Azam Abdul Rahman, head of the group.

Rahman stressed that Turkey has a right to self-defense against cross-border PKK attacks on the military and civilians.

The head of the Palestinian Culture Organization of Malaysia also "expressed full solidarity with the Turkish people and government in these tough times."

"The murder of civilians is a heinous crime that should not be tolerated, and Turkey has full right to protect its people and security from such acts. Culprits should be brought to justice," said Muslim Imran, a member of the organization.

The Malaysian Turkish Alumni Network, representing many Malaysian graduates from universities in Turkey, also condemned the "horrible crime and terrorist act in the strongest terms."

"We all sympathize with and share in the pain of the Turkish people," the alumni network said in a statement to Turkish Ambassador to Malaysia Merve Kavakçı.

Kavakçı said: "We are grateful to see the unwavering support of the international community."

"Among them are People of Malaysia, standing in solidarity with the people of Turkey," she added, noting that several organizations from Malaysia "such as MAPIM (Malaysian Consultative Council of Islamic Organizations), ABIM (Muslim Youth Movement Malaysia), and WADAH (Movement for An Informed Society Malaysia) have shown their solidarity during these trying times."

The Malaysian Turkish Alumni Network voiced condolences and prayers for the families of the citizens who were murdered, as well as to all Turkish people in the loss of their fellow citizens.

Turkish Defense Minister Hulusi Akar on Sunday said the bodies of the 13 Turkish citizens were found during Operation Claw-Eagle 2, a Turkish counterterrorism operation in northern Iraq.

Turkish forces launched the operation on Feb.10 to prevent the PKK and other terror groups from reestablishing positions used to carry out cross-border terror attacks on Turkey.

Operations Claw-Tiger and Claw-Eagle were launched last June to ensure the safety of Turkey's people and borders.