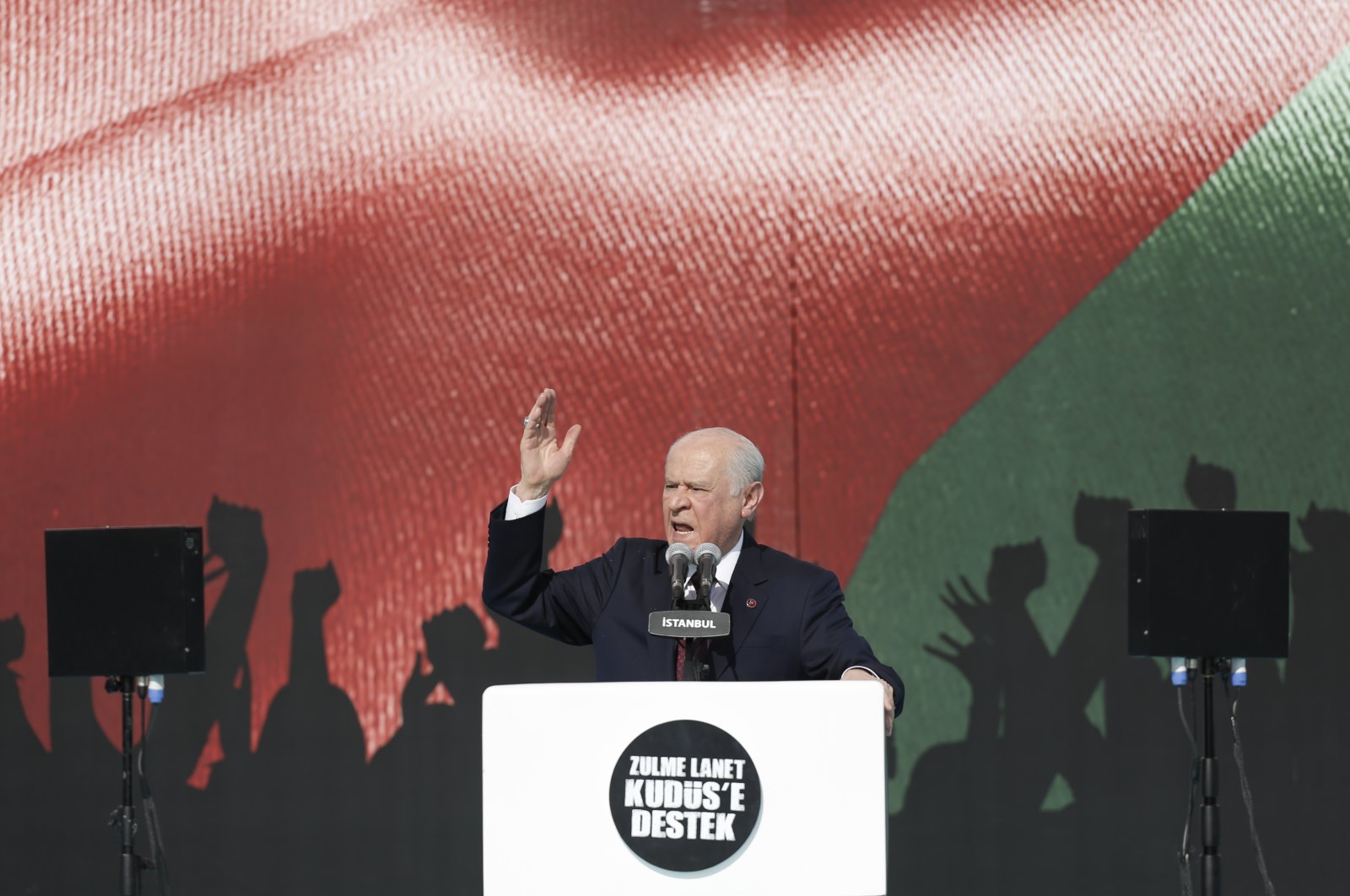 Devlet Bahçeli, leader of the Nationalist Movement Party (MHP), speaks at a rally in support of Palestinians in Istanbul, Turkey, May 18, 2018. (Getty Images)
by DAILY SABAH May 12, 2021 11:51 am
RECOMMENDED

“The ICC is obligated to hold Israel accountable for its oppression,” Bahçeli said, adding that Tel Aviv has taken advantage of inner turmoil and conflicts in Muslim countries to carry out a terrorist raid in East Jerusalem and the West Bank during Ramadan.

He continued by saying that Israel has been committing crimes against humanity before the eyes of the international community through unprecedented pressure and violence on Palestinian civilians.

Bahçeli continued by condemning Israeli violence against Palestinians, which has recently killed 35 civilians, including nine children.

He also criticized the Arab League, the European Union and the United States for their weak messages of condemnation and failing to take concrete action to stop the aggression.

“Under this scope, the stance and silence of the international community in the face of tragic developments are concerning,” Bahçeli said.

The MHP chair urged the U.N. Security Council (UNSC) to hold an emergency meeting, as he said the Organisation of Islamic Cooperation (OIC) and the Arab League need to take concrete and deterrent steps, rather than brushing the issue aside with Band-Aid solutions.

Turkish officials have intensified diplomatic efforts to put an end to Israeli aggression against the Palestinians, as President Recep Tayyip Erdoğan and Foreign Minister Mevlüt Çavuşoğlu hold discussions with global counterparts in this regard.

Hundreds of Palestinian protesters were injured in renewed attacks by the Israeli police in the occupied East Jerusalem holy site Al-Aqsa Mosque Monday after days of raids and attacks against peaceful worshippers during the month of Ramadan.

Israel resumed airstrikes against the Gaza Strip, as some said the strikes resembled those in 2014.