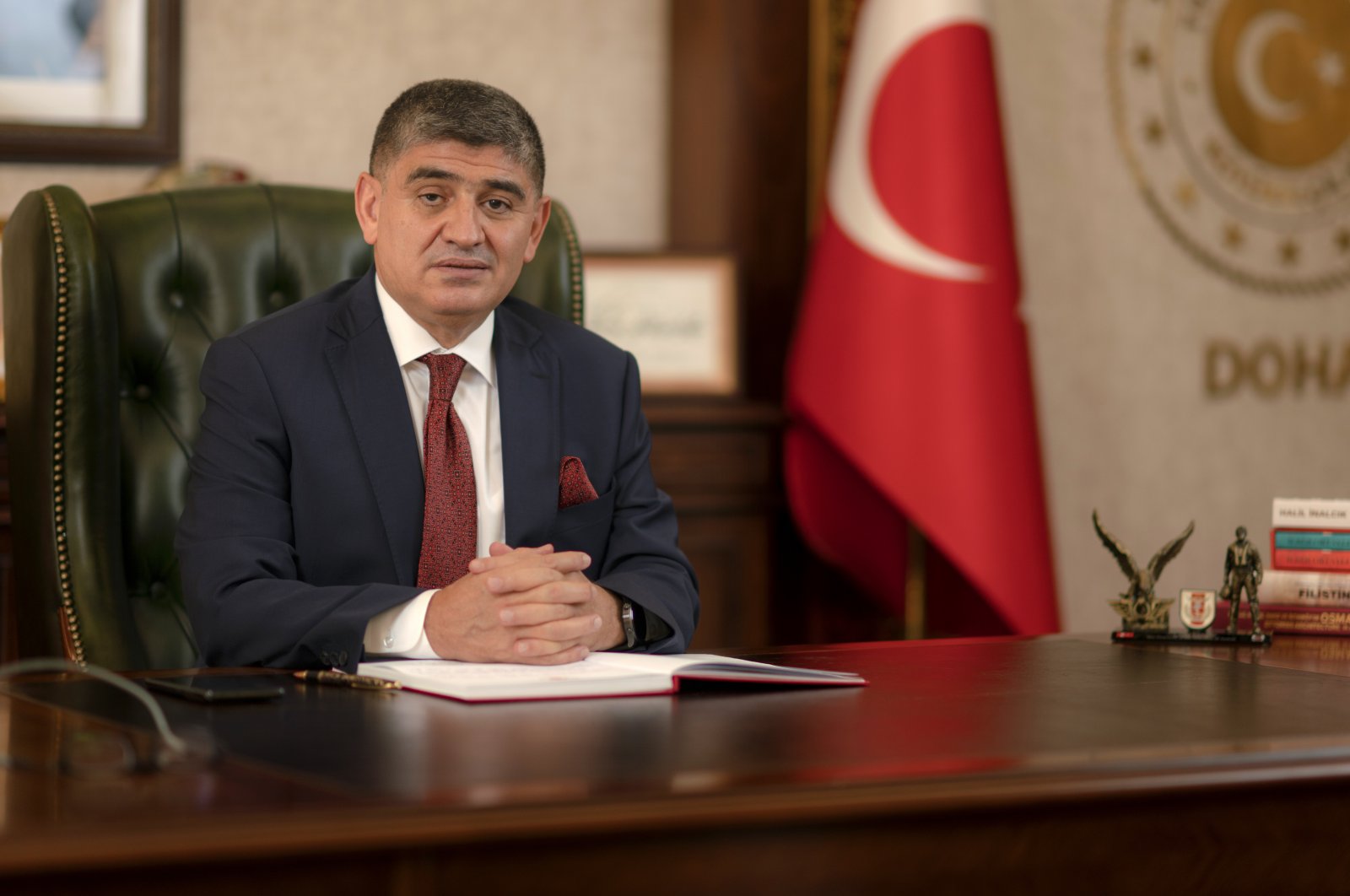 New agreements to be made will further strengthen ties between Turkey and Qatar, especially in light of new initiatives and reconciliation steps in the region, the Turkish ambassador to Doha said Monday.

Speaking to Anadolu Agency (AA), Ambassador Mehmet Mustafa Göksu said that new agreements in various fields will be signed in the presence of the leaders of the two countries at the seventh meeting of the Turkey-Qatar Supreme Strategic Committee to be held in Qatar during the visit of President Recep Tayyip Erdoğan.

"At the meeting, a series of agreements are expected to be signed between Turkey and Qatar, such as trade, investment, development, culture, youth, sports, diplomacy, health, religious affairs and media cooperation," he said.

Emphasizing that Turkey-Qatar relations are based on deep-rooted ties of friendship and brotherhood, Göksu emphasized that the relations between the two countries have developed rapidly in all areas and that the mutual visits have accelerated the relationship.

"Especially in the light of the new initiatives and reconciliation steps in the region, we have full confidence that the new agreements to be made will further strengthen our common ties," he added.

"Therefore, the bilateral developments between Doha and Ankara will definitely be reflected in the growth, peace and stability in the Gulf and the Middle East. Turkey and Qatar are two brotherly countries that take care of each other in all difficult conditions and have strong relations at all levels."

Göksu stated that there is close cooperation between the two countries on regional and international issues.

Within the framework of the Supreme Strategic Committee meetings, a total of 68 agreements and protocols have been signed between the two countries so far, the ambassador noted and added that six of them are common political statements made at committee meetings since their establishment. They cover many areas such as economy, industry, defense, security, investment, energy, culture, intellectual property, education and youth.

Göksu also said the Supreme Strategic Committee meetings held regularly between Turkey and Qatar are the highest level consultation mechanism between the two countries and that this is one of the most important indicators reflecting the strength and extent of bilateral relations.

Considering the strong and solid historical ties between Qatar and Turkey, Göksu stated that they look to the future with more confidence with the cooperation carried out in every field, and said: "Turkey and Qatar, which have close historical and cultural ties, demonstrate exemplary cooperation in international issues in addition to their bilateral relations. I am sure that this exemplary cooperation will spread to more areas in the coming period."

"While there are 183 Qatari companies in Turkey, there are 711 Turkish companies, 47 of which are 100% Turkish capital, in Qatar and 15 companies registered in the Qatar Free Zone."

Pointing out that the total value of the projects undertaken by the Turkish contracting industry in Qatar has reached $18.6 billion and that Qatar is ranked eighth with the highest number of projects, Göksu noted that the project amount reached $1.2 billion in 2019 and $567 million in 2020.

Ambassador Mohammed bin Nasser Al Thani said the seventh meeting of the Turkey-Qatar Supreme Strategic Committee in Doha on Tuesday "will strengthen the strategic relations between the two countries and will push for opening new horizons."

The meeting will be co-chaired by Erdoğan and Qatari Emir Sheikh Tamim bin Hamad Al Thani.

"Views on regional and international developments will be exchanged during the meeting, in addition to signing new agreements that will strengthen relations between the two countries in different fields," the ambassador told the Qatari state news agency QNA.

He said both Ankara and Doha share identical views on most regional and international issues.

Erdoğan is scheduled to visit Doha on Monday to participate in the meeting of the Turkey-Qatar Supreme Strategic Committee.

At the meeting to be held in Doha, the Turkish president and the Qatari emir, with the participation of the relevant ministers, will review the bilateral relations in all aspects and discuss the steps that can be taken to deepen the cooperation. In addition to bilateral relations, views on regional and international issues will also be exchanged during the meetings. It was also underlined that the signing of various agreements and memorandums of understanding (MoU) that will contribute significantly to the contractual ground of bilateral relations is also on the agenda.

Ankara and Doha enjoy strong relations, particularly since the 2017 blockade of the Gulf country by Saudi Arabia and others. The two countries have strengthened military and economic ties in recent years.

Also, Turkey and Qatar have been cooperating on numerous regional issues, including the Libyan crisis and Afghanistan. In addition to bilateral trade and diplomatic relations, the two countries played a pivotal role in supporting the legitimate Libyan government and defending Tripoli against putschist Gen. Khalifa Haftar's forces in a 14-month offensive. They also cooperated to reopen the Kabul airport after the Taliban took over following the government's fall and the withdrawal of the United States forces.

The sixth meeting of the Turkey-Qatar Supreme Strategic Committee was held in 2020 in the Turkish capital Ankara. Ten agreements were signed between the two countries in the presence of the two leaders.