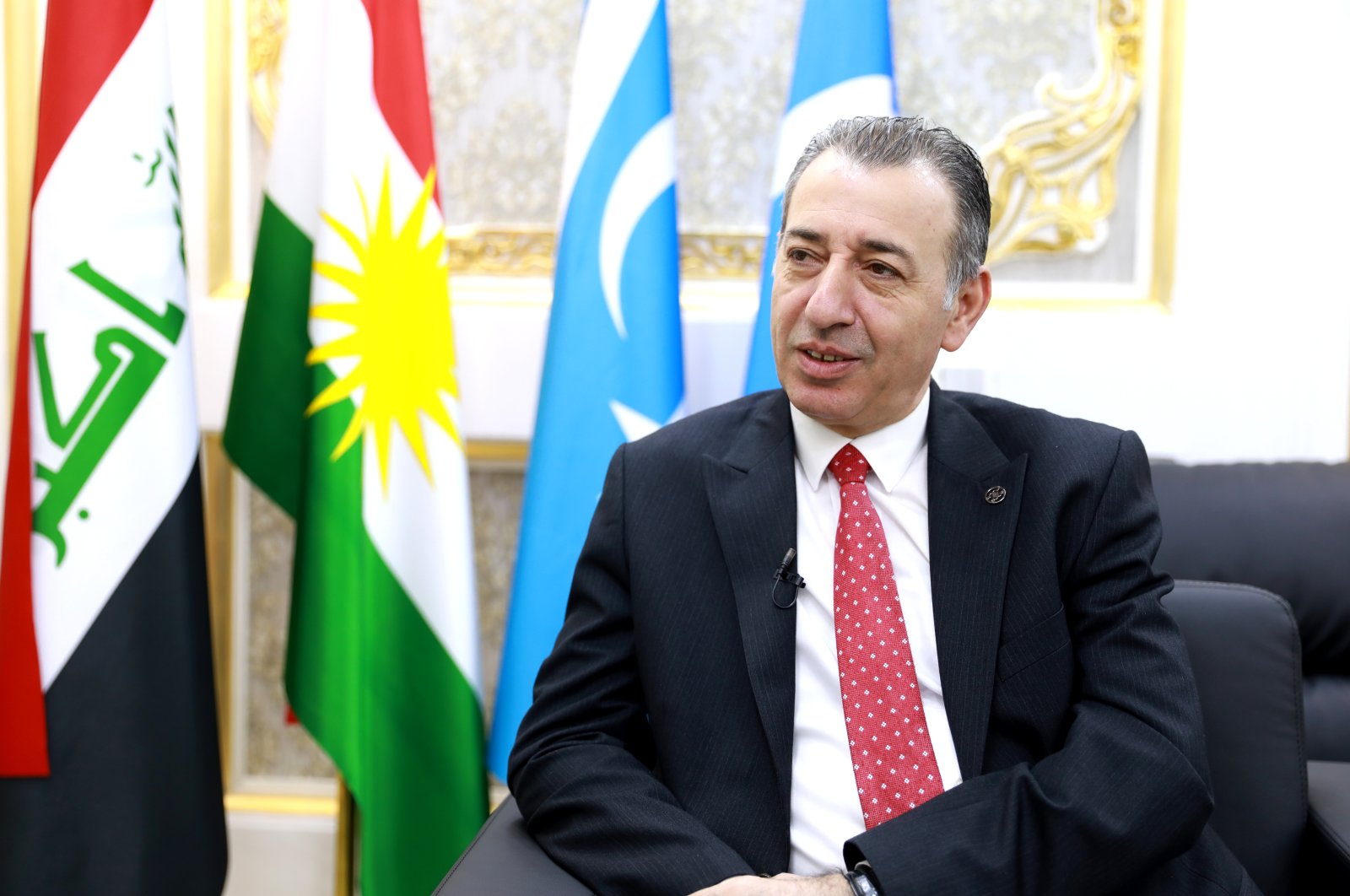 The process to change the president of the Iraqi Turkmen Front (ITF) is part of the democratic procedures of the organization and will positively contribute to the representation of the ethnic group, an Iraqi Turkmen minister in the Kurdistan Regional Government (KRG) said Tuesday.

The Minister of Region for Components' Affairs Aydın Maruf noted that the election of Hasan Turan to replace Erşat Salihi, who had been presiding over the ITF since 2011, would contribute to the representation of the Iraqi Turkmens.

Maruf continued by saying that the ITF has been representing and defending the rights of the Iraqi Turkmens since 1995.

He noted that Turan’s election would strengthen the ITF, which represents Turkmens in a vast area from Talafar to Mandali and Diyala.

“We play a significant role in the Iraqi central government and the KRG administration. Turkmens, especially the Iraqi Turkmen Front, actively take part in both parliaments,” Maruf said.

The ITF also aims to ensure that the Turkmens secure their national, cultural and political rights and strengthen ties with other ethnic and religious minorities in the country.

Noting that the upcoming Iraqi elections planned to take place in October are important for the Turkmens, Maruf said they plan to act in line with other Turkmen political parties, as they believe that will strengthen the Turkmens.

The Iraqi Turkmens, also known as Iraqi Turks, are a Turkic-speaking minority whose total population is estimated to be around 3 million. The oil-rich Irbil-Kirkuk region of northern Iraq has been a battleground for competing forces since the United States-led ouster of President Saddam Hussein in 2003.