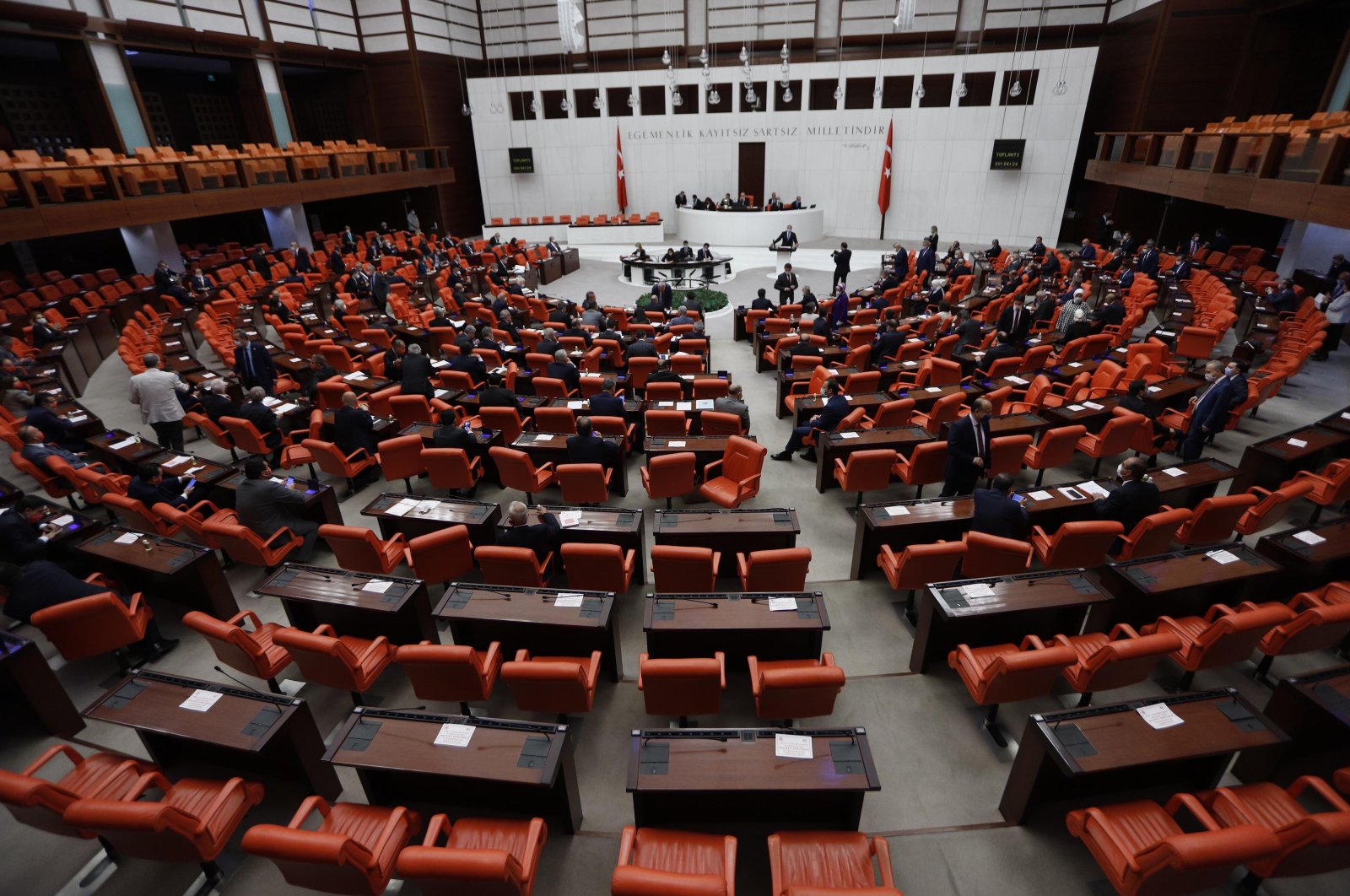 A body of Turkish lawmakers condemned a recent letter sent by a group of U.S. senators to U.S. President Joe Biden that urged him to put pressure on Turkey, saying that it does not suit the strategic alliance between the two countries.

The Turkey-U.S. Inter-Parliamentary Friendship Group criticized the letter, which they said “targets Turkey’s domestic and foreign policies and contains irresponsible, baseless allegations that contradict the strategic partnership between the two countries under the roof of NATO.”

The statement noted that it is critical for both countries to take into consideration the sensitivities of the other during times of crisis and act in line with sincere dialogue and respect.

"The signatory Senators' baseless and irresponsible allegations targeting our domestic and foreign policy in no way conform to our strategic partnership with the U.S. nor to our alliance under NATO," it added.

The letter was written earlier this week by a group of U.S. senators urging newly elected Biden to put pressure on Turkey to stop the country’s fight against terrorist organizations and to halt its “belligerent and combative” foreign policy.

The Turkish lawmakers decried the contradiction in branding the protesters who raided the U.S. Congress on Jan. 6 "terrorists" while whitewashing members of the Gülenist Terror Group (FETÖ), which was behind the 2016 defeated coup in Turkey that killed 251 people and injured thousands as "innocent human rights advocates."

"The signatory Senators' bolstering of FETÖ's slanders is a hypocritical attitude which casts doubt on the sincerity of U.S. officials' statements denying any ties to the attempted coup," the Turkish lawmakers said.

"While calling on the signatory Senators to act with common sense, we expect responsible politicians to support their ally instead of criticizing us in our struggle against FETÖ members or other terrorist organizations trying to harm Turkey," it added.

Turkish officials have for years been pushing for the U.S. to extradite FETÖ leader Fetullah Gülen who resides in the state of Pennsylvania. Despite providing evidence that the coup attempt was organized on Gülen's orders, Ankara's efforts at extradition have been rebuffed by U.S. officials.

In the letter, the senators also claimed Turkey provoked Azerbaijan to use violence in the Nagorno-Karabakh dispute with Armenia and silenced so-called critics like NBA player Enes Kanter, who is known as Gülen's "adopted son." Furthermore, they urged Biden to call on Ankara to stop targeting YPG terrorists, the PKK’s offshoot in Syria.

Azerbaijan late last year liberated Nagorno-Karabakh, its internationally recognized territory, from 30 years of Armenian occupation. Apart from military equipment sale, Ankara did not provide military assistance to Baku, but Turkish officials said they stood in solidarity with Azerbaijan in its pursuit of liberating its lands.

Since 2016, Turkey has launched a trio of successful anti-terror operations across its border in northern Syria to prevent the formation of a terrorist corridor and to enable the peaceful settlement of residents: Euphrates Shield in 2016, Olive Branch in 2018 and Peace Spring in 2019.