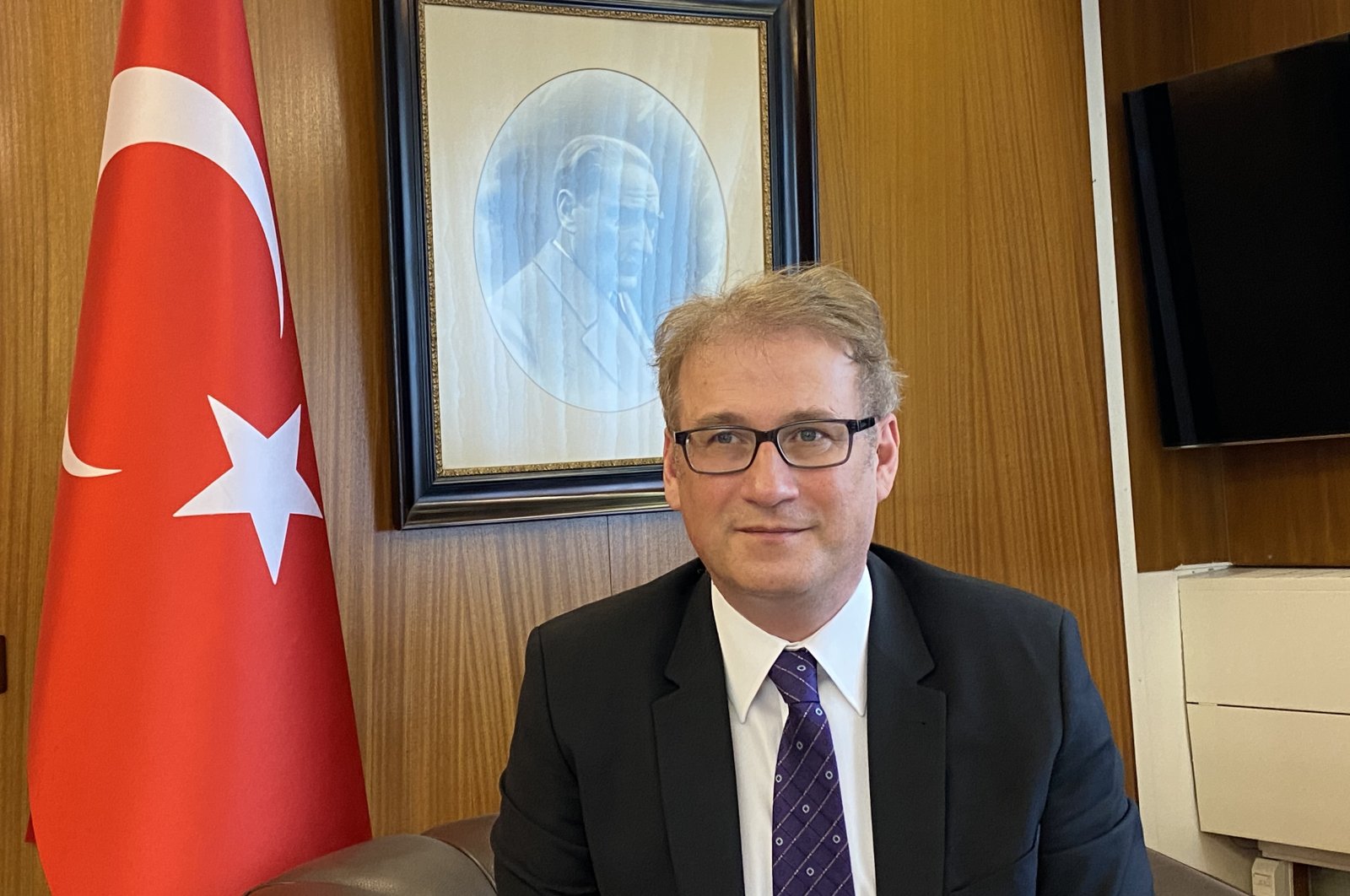 Turkey's ambassador to Bern Ilhan Saygılı, whose term in the office has come to an end, expressed that during his envoyship, the fight against terrorism, especially against the PKK and Gülenist Terror Group (FETÖ), has been a major topic in relations with Switzerland.

Saygılı, whose term in Switzerland started back in November 2016, talked with Anadolu Agency (AA) about the Turkish-Swiss ties.

Saying that Switzerland does not recognize PKK or FETÖ as a terrorist group, Saygılı emphasized that such a stance turns the country into a safe haven for these terrorist groups.

"The topic of PKK and FETÖ is an unchanging agenda topic for our discussions with the Swiss authorities. We mention and remind this in every possibility," Saygılı said while adding that some Swiss political parties have a "more protective" stance toward PKK members and associations.

Mentioning that both Turkey's Zurich Consulate General and Embassy in Bern have witnessed PKK attacks from time to time, the envoy said that despite their welcoming stance toward the terrorist group, during these attacks Swiss security forces were committed to their duty and took the necessary measures.

"We are grateful to Swiss authorities for this. I would like to highlight this point specifically. We have never had any problems regarding this issue," Saygılı stated.

"The (PKK) demonstrators harmed the environment. This means that the ones who were harmed by this eventually were the Swiss people themselves. We tried to explain this situation at every opportunity. We said 'If you provide such a space for them, then you would be harmed as much as us,'" the envoy underscored, recalling the incidents during the siege of the Bern Embassy by 2,000 PKK sympathizers.

Turkey has long criticized European authorities for tolerating PKK activities in the country and has pressured them to take stricter measures against the propaganda, recruitment and fundraising activities of the group. Despite its status as a designated international terrorist organization, the PKK has enjoyed relative freedom in European cities and has a particularly strong presence in Germany. PKK supporters have been allowed to hold rallies, recruit militants and collect funds in Germany, which is home to some 5 million people of Turkish origin, including Kurds.

According to Saygılı, who gained the love and admiration of both the Turks in the country and Turkish nongovernmental organizations (NGOs), his four-years-long duty in Switzerland was not easy. "Especially the last two years were very difficult," he said.

Since his duty began a few months after the FETÖ's July 15 coup attempt, the early periods of Saygılı's term were occupied with revealing the terrorist group's true face to the Swiss authorities.

Recalling that the Swiss government released a "strong" statement in the early hours of the coup attempt, siding with the Turkish government, the ambassador expressed that Turkey will never forget this.

"However, in the following period, unfortunately, there have been times when they (the Swiss) had struggles in understanding the determined measures we have taken against the coup plotters," he said.

FETÖ – led by Fetullah Gülen who currently lives in the U.S. and is implicated in a long list of accusations against the terrorist group – orchestrated the coup attempt in Turkey four years ago with the aid of its military infiltrators. They are accused of killing 251 people and injuring nearly 2,200 others during the July 15 putsch bid. It was the latest in a string of coup attempts and other efforts by FETÖ to harm the elected government.

Another incident that Saygılı remembers was the "No" rally that was conducted on March 25, 2017, in Bern, which was organized ahead of a referendum that determined the future of the Turkish administration, enabling it to switch from the parliamentary system to the presidential system. The protestors were against the presidential system and held a banner against President Recep Tayyip Erdoğan with the words "Kill Erdoğan" on it.

Saygılı also recalled that there were defamation campaigns that targeted the embassy, accusing it of espionage.

The envoy expressed that FETÖ was the main actor in the defamatory campaigns against Turkey, through its media outlets in Switzerland, while the PKK found a place for itself within some political parties.

"There have been really difficult times. But thank God I believe we have recovered from these difficult periods. I believe there is a will in Switzerland today regarding focusing on a positive agenda in ties with Turkey," he said.

At this point, Saygılı highlighted the importance of the joint will of both Turkish Foreign Minister Mevlüt Çavuşoğlu and his Swiss counterpart Ignazio Cassis, both of whom contributed to the setting of this positive agenda. Çavuşoğlu's August 2020 visit to Switzerland was especially crucial and conducted in a highly positive environment, the envoy said.

Following these developments, Saygılı said, there are fewer negative comments about Turkey in Swiss media.

As far as the economic relations are concerned, the envoy said that Turkey's export revenue to Switzerland increased 15% last year, despite the coronavirus pandemic.

"Our trade volume increased 9%. These are numbers excluding the gold. When we include the gold, our trade volume has raised from $5 Billion to $8 Billion in one year," he expressed.

In Saygılı's opinion, there is a joint determination from both Turkish and Swiss firms when it comes to making investments in each others' countries.

Regarding the policies during the pandemic era, the envoy reminded that Switzerland has never included Turkey in the countries that it imposed a travel ban on. Saygılı also appreciated Switzerland's constructive attitude in this period toward Turkey.

When it comes to ties with the Turkish community in Switzerland, Saygılı said that there is a visible rapprochement between the state and the nation.

"They (the Turkish community) also do not refrain from taking responsibility themselves. They are willing to organize, come together as a group. We also acted together with them, tried to be there for them. It is our priority to provide a wealthy, happy life for the Turkish citizens in the countries they live in," the envoy emphasized.

"Quality of our consulate-generals', embassies' services for our citizens have improved. New buildings have been built. We see a more understanding approach from our personnel," he said and underlined that the biggest evacuation operations in Turkish history have taken place during the pandemic era.