'Recognizing rights of Palestinians only way for peace in Jerusalem' 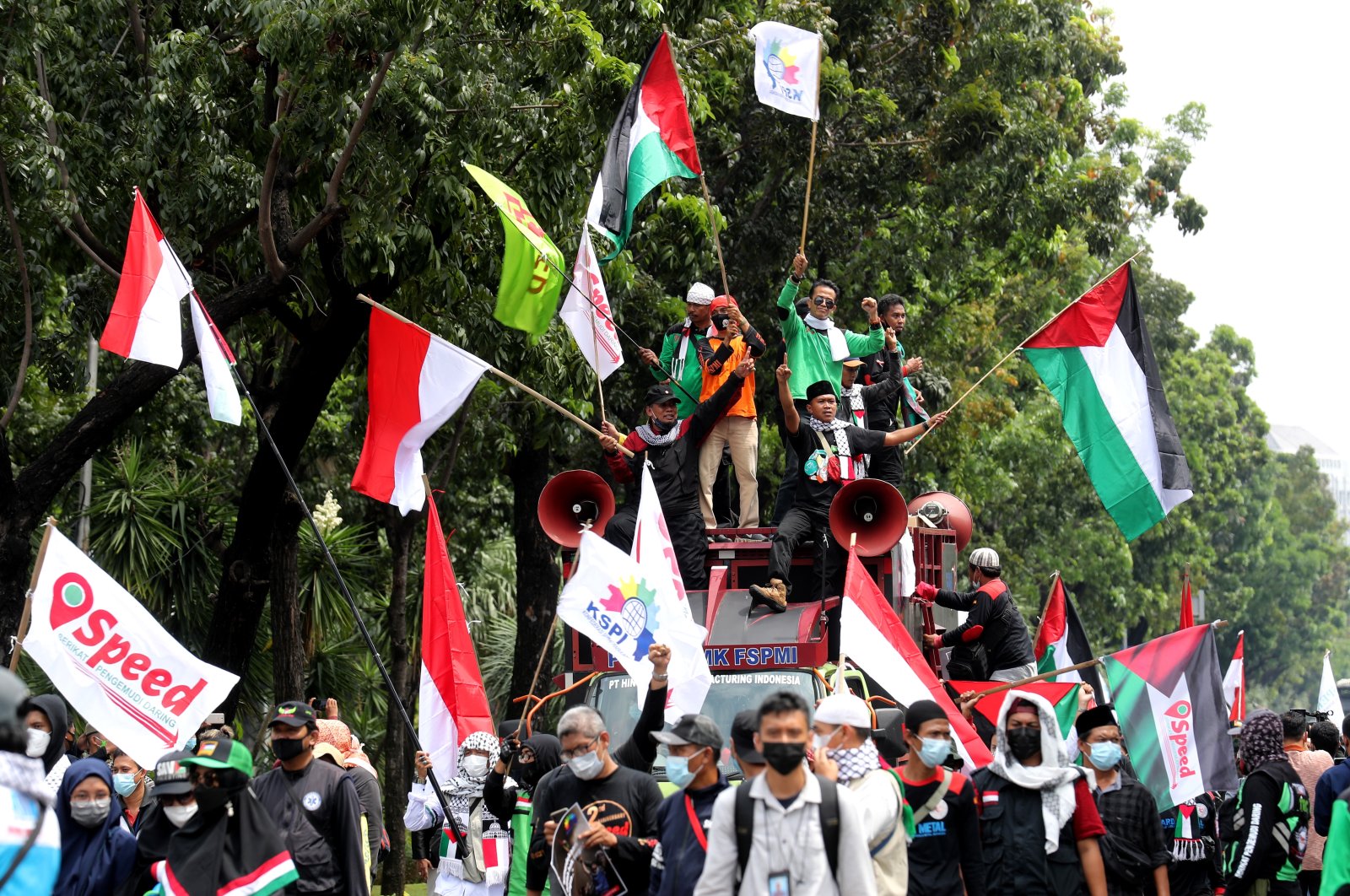 Underlining the necessity of transforming Jerusalem into a city of peace for everyone, Turkey's ambassador to the Vatican said on Monday that the only way to achieve this mission is to recognize the rights of Palestinians and to end Israeli attacks on Palestine.

Commenting on Turkish President Recep Tayyip Erdoğan's phone call with Pope Francis on his social media account, Lütfullah Göktaş said Jerusalem stood as a holy city for Jews, Christians and Muslims alike and that the biggest obstacle standing before regional peace was Israeli aggression and occupation.

"As constantly underlined by President Erdoğan, Turkey is against all types of violence. Jerusalem must be a city of peace for everyone and the only way to achieve this is to recognize the rights of Palestinians and to end Israeli attacks on Palestine," Göktaş said on Twitter.

The Turkish envoy continued, "Attacks on civilians, including children, acts of violence and violations against the Al-Aqsa Mosque as well as occasional restrictions and provocations against other holy sites, including the Church of the Holy Sepulchre are by no means acceptable."

He called on the international community not to remain silent in the face of recent developments and said the Turkish government welcomed every effort and initiative aimed at establishing peace. He emphasized that Erdoğan's phone call with Pope Francis was a "concrete expression of this stance."

"Committed to further strengthening of relations between Turkey and the Holy See, President Erdoğan and Pope Francis are calling on the international community to take concrete steps to achieve peace. Religious differences do not pose any obstacle to working together, as a people, towards peace," he said.

In the call, Erdoğan underlined that the pope's continued messages and reactions concerning Israeli attacks on the Palestinians will help mobilize the international community as well as the Christian world. Stating that an “atrocity” is being committed in Palestine, Erdoğan added that Israel is answerable to not only the Palestinian people but the whole of humanity, including Christians and Muslims.

He stated that all of humanity must unite in the face of Israel’s illegal and inhumane practices that also violate the status of Jerusalem. If the international community does not penalize Israel, which is conducting crimes against humanity, the Palestinians will continue to be massacred, Erdoğan added.

Later in the day, Erdoğan also said that Turkey, with its entire population of 84 million, will continue to watch as events unfold in Jerusalem. Speaking after a Cabinet meeting in the capital, Ankara, Erdoğan called on the U.N., U.N. Security Council, Organisation of Islamic Cooperation (OIC) and other international organizations to act against the oppression of Palestinians and take a firm stance on the issue of Jerusalem.

"At this point, we believe there's a need for a separate arrangement on Jerusalem. To achieve lasting peace and tranquility in Jerusalem, which contains the indispensable religious symbols of Muslims, Jews, and Christians, everyone must make sacrifices," Erdoğan said.

"In today's circumstances, it would be the most correct and consistent course of action for Jerusalem to be administered by a commission of representatives from the three faiths. Otherwise, it doesn't appear it will be easily possible to achieve lasting peace in this ancient city," he added.

He said that Turkey would lend its political and military support to international efforts to liberate Jerusalem and protect the Palestinian people.