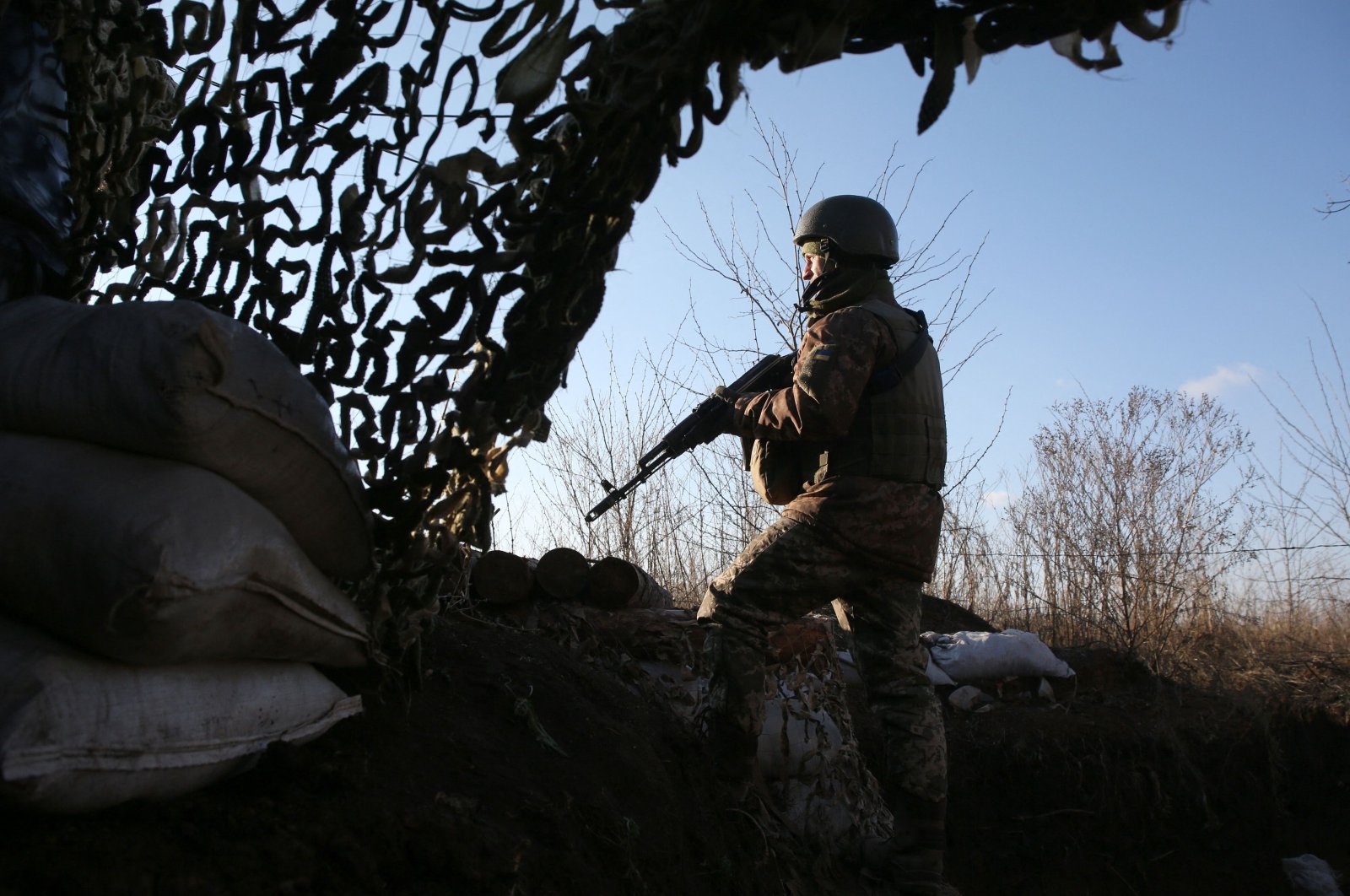 A Ukrainian soldier keeps watch at a position on the frontline with Russia-backed separatists not far from Gorlivka, Donetsk region, Ukraine, Nov. 25, 2021. (AFP Photo)
by DAILY SABAH Nov 30, 2021 11:53 am
RECOMMENDED

Russia is not part of the crisis in Donbass, the Kremlin said on Monday after President Recep Tayyip Erdoğan had indicated Turkey could mediate between Kyiv and Moscow in solving increasing tensions.

“The fact is that Russia is not a party to the conflict in Donbass, it will be impossible to find solutions to the problem at such a summit,” Kremlin spokesperson Dmitry Peskov told journalists in the capital Moscow, dismissing Ankara’s offer.

On his return flight from an official visit to Turkmenistan, Erdoğan told journalists: “It is our desire that the attitude in this matter develops in a positive direction. There could be a mediation about this, we will discuss this issue with them, we would like to have a share in the solution of this by developing these talks both with Ukraine and with Mr. Putin.”

Ukraine, on the other hand, welcomed the president’s statements.

"We will welcome any efforts that can help us to put an end to this war, to return Ukraine's territories which are currently under Russian control," Ukrainian Foreign Minister Dmytro Kuleba told a news briefing.

He also said that if Russia decides to invade, Ukraine is ready to repel any attack.

Ukraine's military intelligence said last week that Russia had amassed more than 92,000 troops around Ukraine's borders and was preparing for an attack by the end of January or the beginning of February.

NATO member Turkey has good ties with both Kyiv and Moscow, though it opposes Russian policies in Syria and Libya. It has forged energy and defense cooperation with Russia, while opposing Russia's 2014 annexation of Ukraine's Crimea peninsula.

Last month, Moscow said Ukraine's Turkish-made drones risked having a destabilizing impact in east Ukraine, after Kyiv deployed one to hit a position controlled by Russian-backed separatists. Turkey has said it cannot be blamed for Ukraine's use of the drones.

Fighting between Ukrainian government forces and pro-Russian separatists in Donbass has killed more than 13,000 people since 2014, according to the United Nations.