Russia monitors talk of Turkish base in Azerbaijan: Kremlin 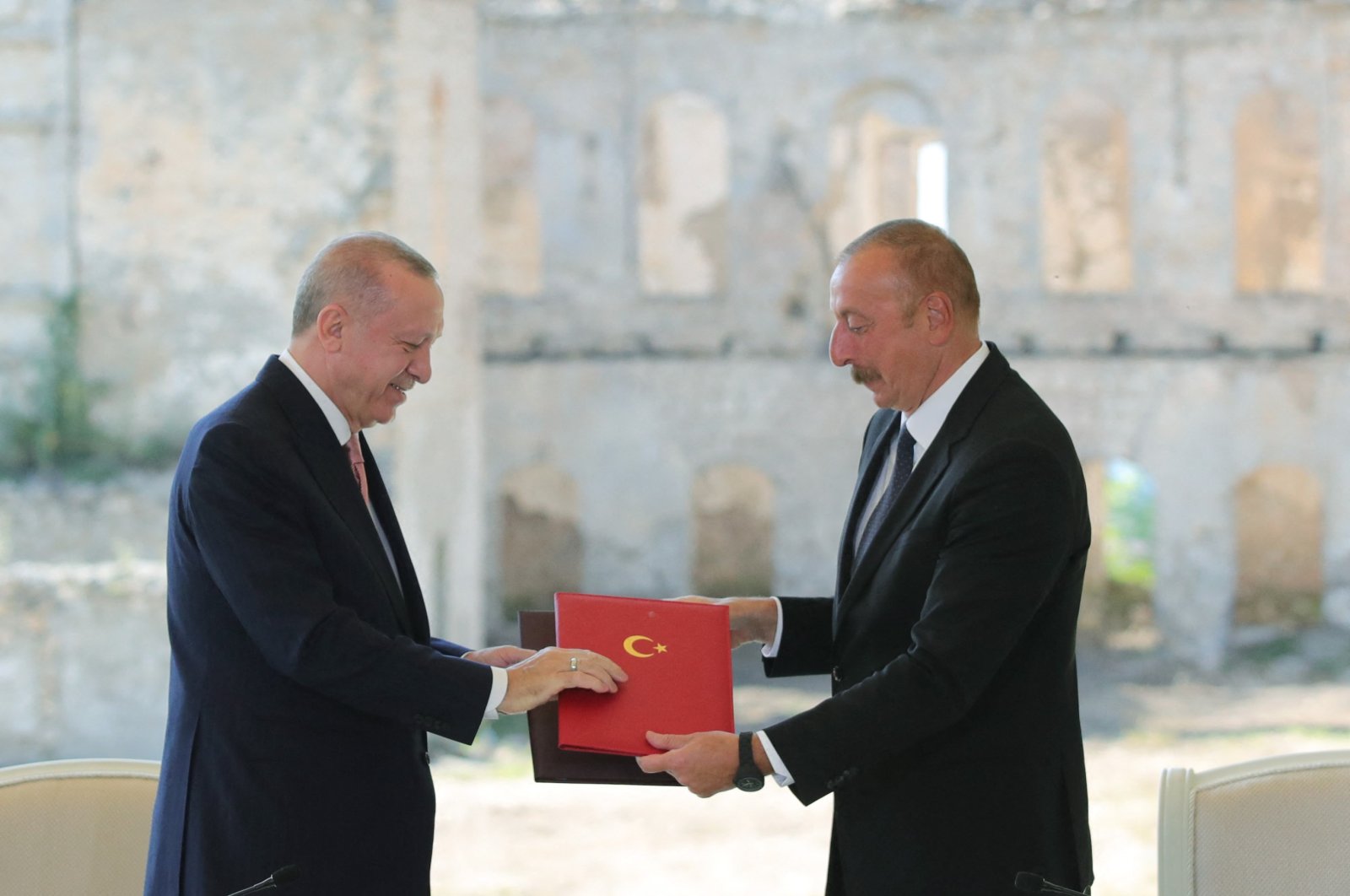 The Russian government said Friday that the country is closely monitoring developments around a potential Turkish military base in Azerbaijan, "a move that could require Russia to take steps to ensure its own security and interests."

Kremlin spokesperson Dmitry Peskov said Russia was in close contact with Turkey, a NATO member, on stabilizing the situation in the southern Caucasus, where fighting last year saw the Azerbaijani army liberate its territories from three decades of Armenian occupation.

Turkey and Azerbaijan on Tuesday agreed to increase cooperation in the military sphere, signing a declaration in the city of Shusha, territory liberated by Azerbaijan during last year's fighting.

"But most important is the agreement on cooperation between Azerbaijan and Turkey in the defense industry sphere and mutual military assistance," Aliyev said on Tuesday at a news conference alongside Turkish President Recep Tayyip Erdoğan.

Erdoğan was cited as saying by broadcaster NTV on Thursday that he did not rule out a Turkish military base in Azerbaijan.

"There may be development, expansion here later," he said.

When asked about the possibility of a Turkish base springing up in Azerbaijan, Kremlin spokesman Dmitry Peskov said:

"The deployment of military infrastructure by the (NATO) alliance countries near our borders is cause for our special attention, as well as a reason for us to take steps to ensure our security and interests."

The southern Caucasus, part of the former Soviet Union, is of special interest to Russia, which has traditionally regarded it as its own sphere of influence.

Russian peacekeeping troops are garrisoned in Nagorno-Karabakh after last year's conflict, and Moscow has a military base in neighboring Armenia.