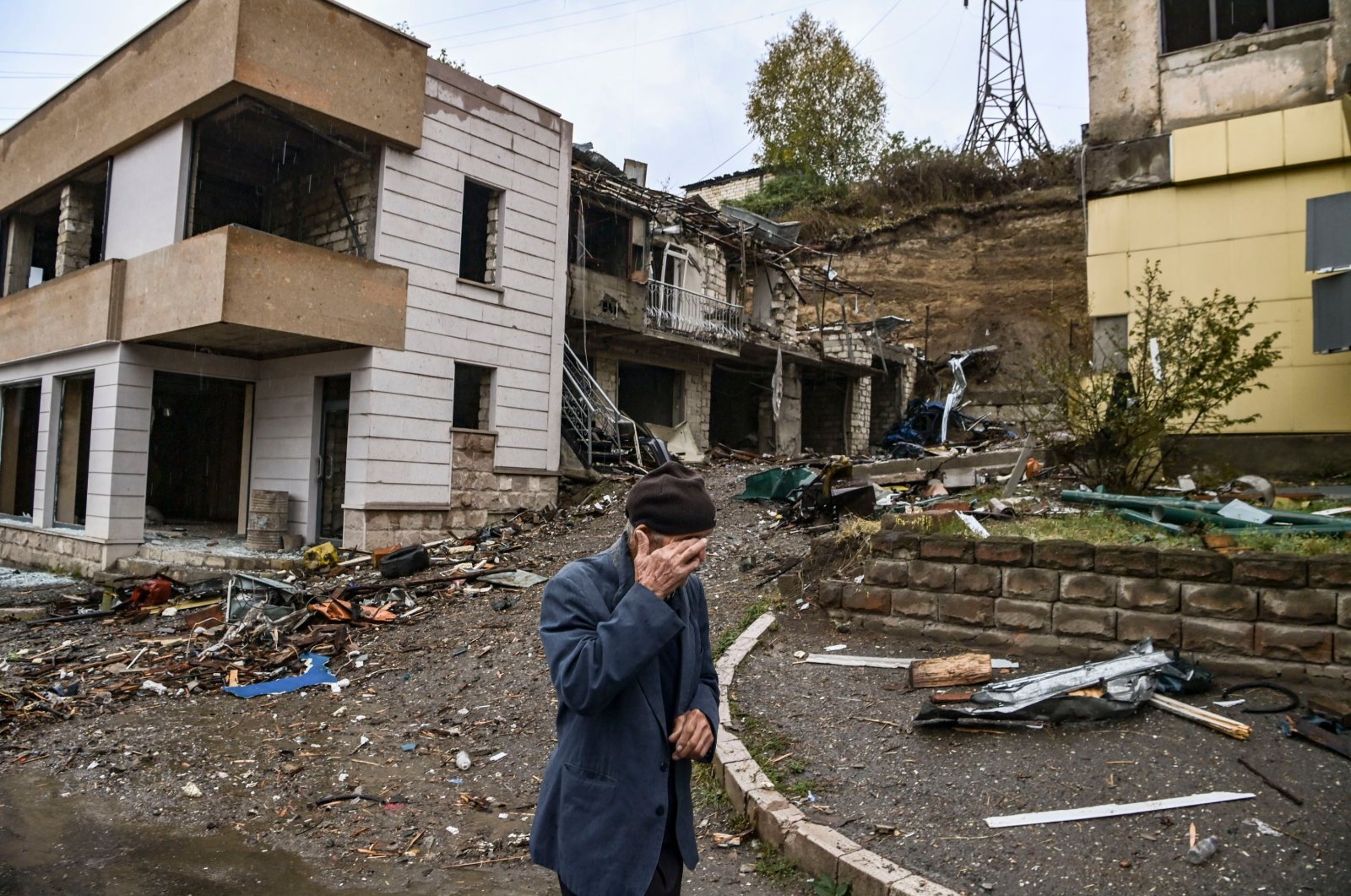 An elderly man walks past destroyed buildings during the ongoing fighting between Armenia and Azerbaijan in the occupied Nagorno-Karabakh region's main city of Stepanakert (Khankendi), Oct. 6, 2020. (AFP File Photo)
by DAILY SABAH Dec 09, 2021 11:08 am
RECOMMENDED

The first meeting of the 3+3 platform to ensure permanent peace and stability in the South Caucasus region suggested by President Recep Tayyip Erdoğan and Azerbaijani President Ilham Aliyev will take place in Moscow on Friday, Turkey’s Foreign Ministry said Thursday.

Delegations from Turkey, Azerbaijan, Russia, Iran and Armenia will attend the meeting of the platform, established to enhance regional cooperation in the South Caucasus.

Deputy Foreign Minister Sedat Önal will lead the Turkish delegation at the meeting, the ministry said.

The ministry statement did not elaborate on the details of Georgian delegation at the meeting.

Last year, Erdoğan talked about the idea of the six-country regional cooperation platform including Russia, Turkey, Azerbaijan, Iran, Georgia and Armenia during his visit to Azerbaijan where he attended the ceremony of the Victory Parade in the capital Baku upon invitation of Aliyev.