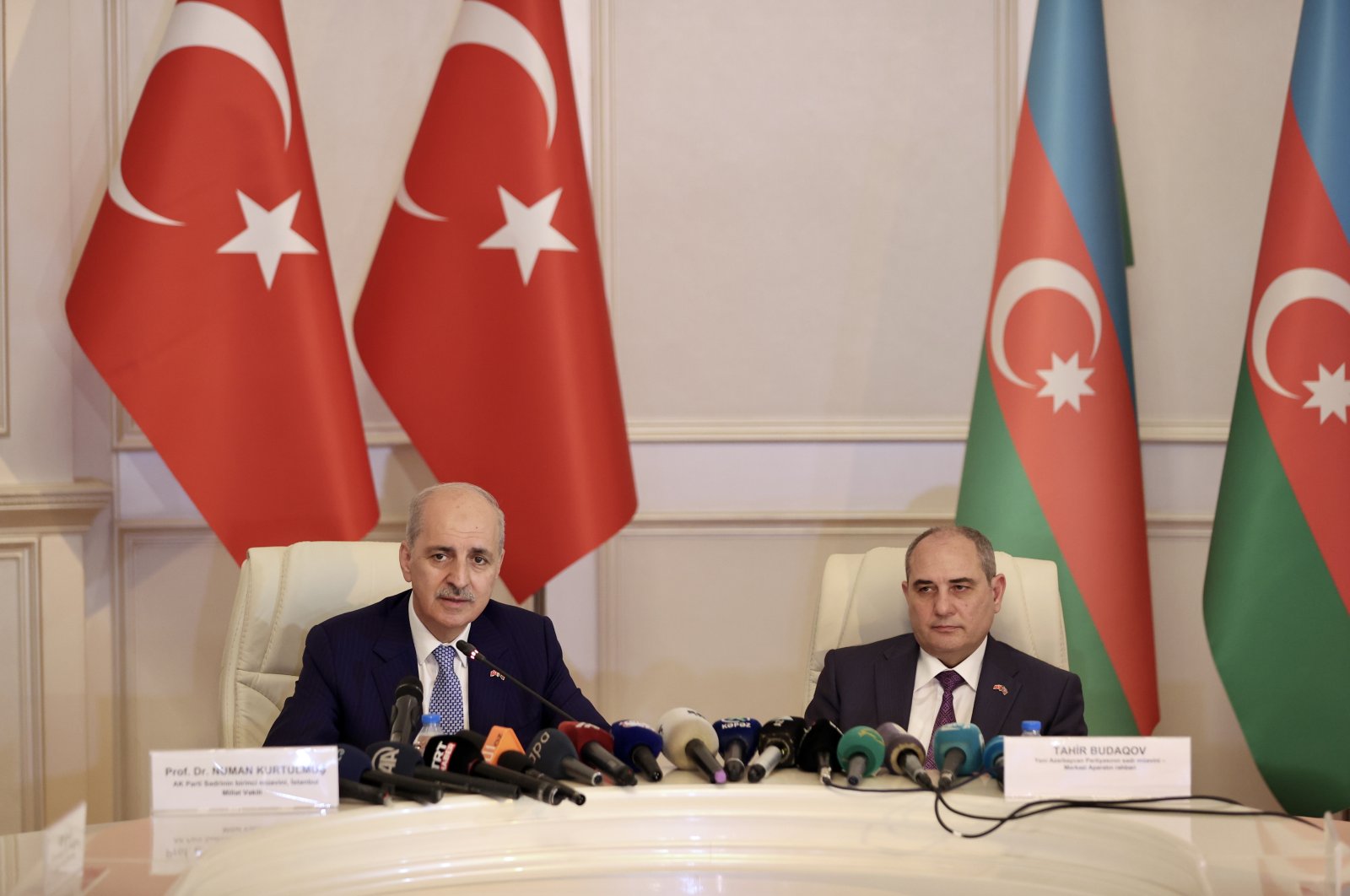 Ankara and Baku are sincere and determined to create an environment where all countries of the region –Turkey, Azerbaijan, Armenia, Russia, Iran and Georgia – will solve their problems among themselves and make economic gains together, Turkey's ruling Justice and Development Party (AK Party) Deputy Chair Numan Kurtulmuş said Wednesday.

Emphasizing that with the Shusha Declaration signed between Turkey and Azerbaijan, the brotherhood of the two countries was strengthened and cooperation in every field was built on a permanent alliance framework, Kurtulmuş continued as follows: "As it is important to strengthen our relations, it is also important to mobilize all kinds of opportunities to root national and moral values ​​between the two countries and to transfer them to the younger generations. It is necessary to ensure unity in language, work, thought and consciousness. Strengthening the unity between the peoples of Azerbaijan and Turkey by increasing this already existing strong unity should be one of our main strategic goals. Moreover, our relations with all Turkic-speaking countries are within the framework of this unity, and we are determined to realize this by raising the unity to a level of consciousness beyond being just an initiative. We actually demonstrated this with the Shusha Declaration."

Stressing that the process which emerged with the liberation of Azerbaijan's lands showed that the righteous ultimately won, Kurtulmuş said: "It was Azerbaijan whose lands were occupied. Armenia will always be able to overshadow Azerbaijan's theses and continue the occupation due to the power of its diaspora and some strong international politics behind it for many years. It was able to prolong the excuses. But in the end, the truth prevailed. The liberation of Karabakh has once again shown the world that the righteous will win. In this respect, it is an extraordinary result."

Reminding that President Recep Tayyip Erdoğan and President Ilham Aliyev proposed a six-country platform for peace in the region in the postwar period, Kurtulmuş said: "Turkey and Azerbaijan are sincere and determined in the creation of an environment where the countries of the region consisting of Turkey, Azerbaijan, Armenia, Russia, Iran and Georgia will solve their problems among themselves, and beyond that, win together economically. We will maintain this sincere and determined stance until the end. We want to solve our problems among ourselves as the countries of the region so that there is no ground for non-regional countries to intervene in this region."

Kurtulmuş noted that Turkey will provide all kinds of support for the reconstruction of the regions liberated from the occupation.