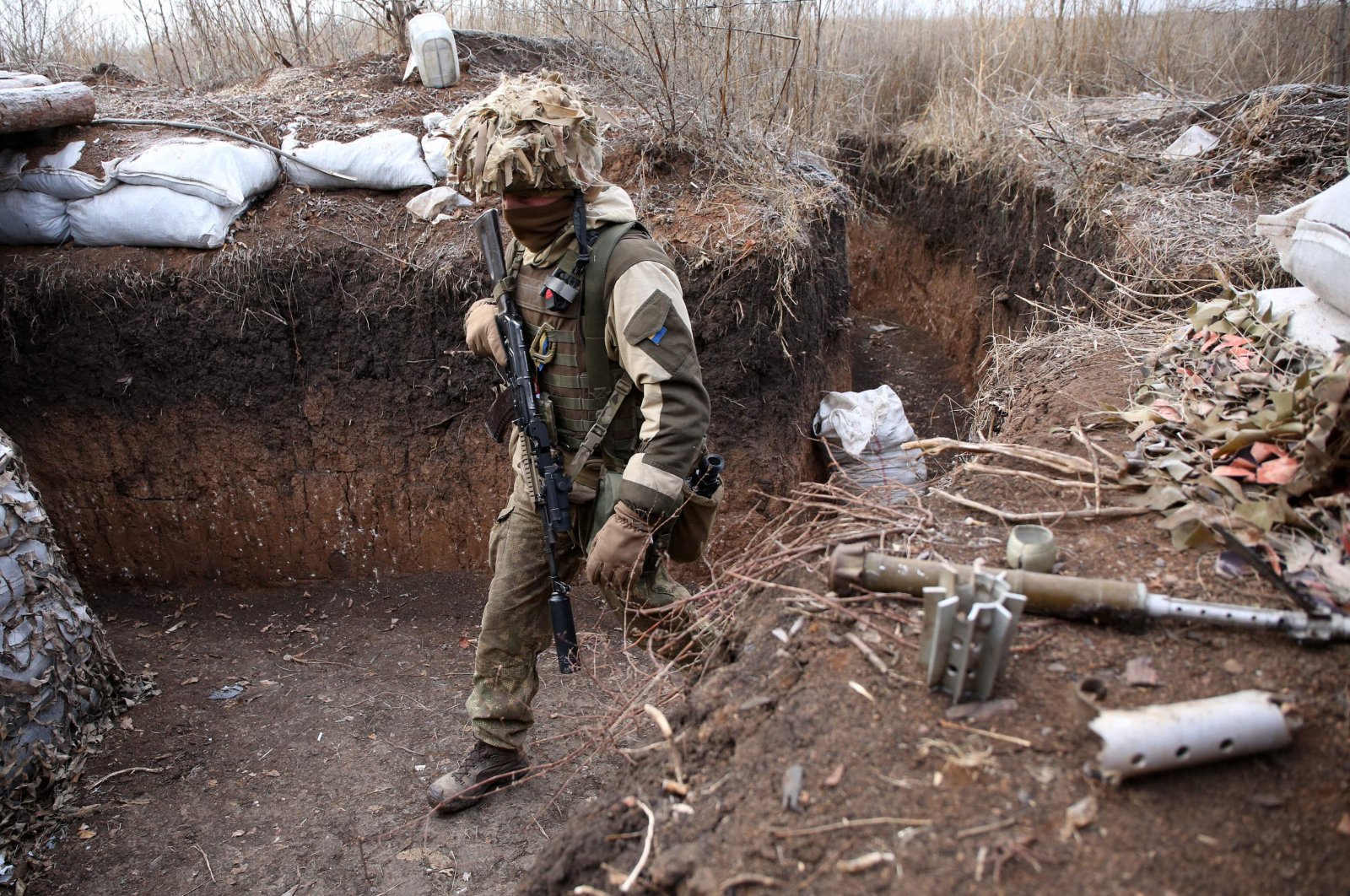 A Ukrainian soldier walks along a trench on the front line with Russia-backed separatists not far from Gorlivka, Donetsk region, Ukraine, Nov. 26, 2021. (Photo by Anatolii Stepanov via AFP)
by DAILY SABAH WITH AA Dec 02, 2021 10:51 am
RECOMMENDED

If Turkey and President Recep Tayyip Erdoğan can use their influence to encourage Ukraine to implement the 2014 Minsk Protocol, Russia would welcome it, the Kremlin said Wednesday.

"If Mr. Erdoğan can somehow use his influence, and this influence is absolutely unambiguous both regionally and in world affairs in many aspects, if he can use his influence to encourage Kyiv to begin fulfilling its obligations under the Minsk package of measures, the Paris agreements and so on, then this will be welcome," the spokesperson said.

This issue could be raised during the telephone conversation between Russian and Turkish presidents on Friday, he added.

The Minsk agreements were signed to stop the ongoing conflict between the pro-Russian separatists and the Kyiv administration.

The agreements included a cease-fire in the region and a prisoner exchange while also allowing the Kyiv administration to make a constitutional amendment that would give Donbass special status.

The pro-Russian separatists, on the other hand, were supposed to withdraw their weapons from the Ukrainian-Russian border.

However, the agreements' implementation has been hampered as the two sides accuse each other of violating the cease-fire.

Turkey has been in contact with both Russia and Ukraine, Foreign Minister Mevlüt Çavuşoğlu said Wednesday, noting that Ankara advised both sides to remain calm and de-escalate the situation.

Turkey could mediate between Ukraine and Russia amid increasing tensions in the region, Erdoğan said recently.

“It is our desire that the attitude on this matter develops in a positive direction. There could be a mediation about this. We will discuss this issue with them, we would like to have a share in the solution of this by developing these talks both with Ukraine and with Mr. Putin,” he added on his return from Turkmenistan.