Turkey in contact with Russia, Ukraine for de-escalation: FM 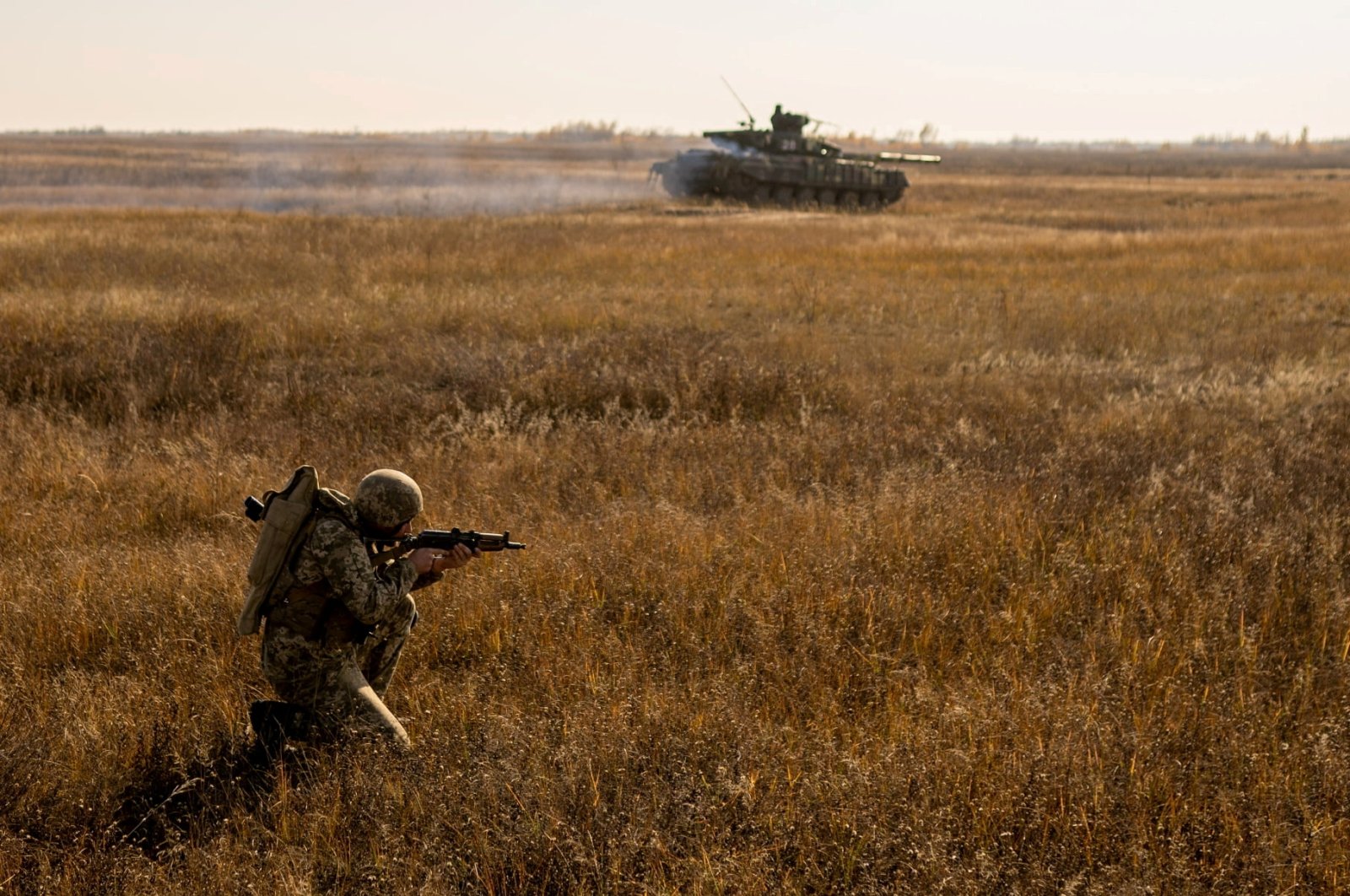 A serviceman of the Ukrainian Armed Forces takes part in military drills at a training ground near the border with Russian-annexed Crimea in the Kherson region, Ukraine, Nov. 17, 2021. (REUTERS)
by DAILY SABAH Dec 01, 2021 10:14 am
RECOMMENDED

Turkey has been in contact with both Russia and Ukraine, Foreign Minister Mevlüt Çavuşoğlu said Wednesday, noting that Ankara advised both sides to remain calm and de-escalate the situation.

Çavuşoğlu answered reporters' questions at the beginning of the second day of the NATO Foreign Ministers Meeting.

When asked how to respond to Russia's aggressive stance, Çavuşoğlu said: "We are in contact with both parties. We recommend calm and de-escalation. I spoke recently with the foreign ministers of both countries, Sergey Lavrov and Dmytro Kuleba. On Friday, our president will speak with Russian President Vladimir Putin. I will see Dmytro Kuleba here today and in Stockholm tomorrow. Tomorrow in Stockholm I will also see Lavrov. So we are in contact with both parties and advise them to remain calm and de-escalate."

When asked about his thoughts on possible sanctions against Russia, Çavuşoğlu replied: "As Turkey, we do not believe that sanctions will solve the problems. It was applied to this or that country in the past, but it did not solve it. Sometimes we have been the subject of sanctions. Sanctions don't solve problems. Instead of sanctions, for example, we should have meaningful deterrence. What we believe in as Turkey is the right balance between deterrence and dialogue. Nobody can help Ukraine or any other country only through sanctions."

"Our President Recep Tayyip Erdoğan and we both emphasize this at NATO summits and ministerial meetings," Çavuşoğlu said.

Çavuşoğlu's remarks came after NATO's top official said on Tuesday that Russia would face serious consequences if it uses force against Ukraine.

"We call on Russia to be transparent, de-escalate and reduce tensions," Jens Stoltenberg said at a news conference after the first day of a NATO foreign ministers' conference.

The second day of the NATO meeting began with a morning session of top diplomats focusing on Russia following the recent military buildup by Moscow near the Ukrainian border.

Meanwhile, Russian Foreign Ministry Spokesperson Maria Zakharova commented Wednesday during a briefing in Moscow on the offer by President Erdoğan for Ankara to serve as a mediator between Russia and Ukraine. She said that offer did not refer to the conflict in Donbass between Ukrainian government forces and Russia-backed separatists.

Turkey could mediate between Ukraine and Russia amid increasing tensions in the region, Erdoğan said recently.

“It is our desire that the attitude in this matter develops in a positive direction. There could be a mediation about this, we will discuss this issue with them, we would like to have a share in the solution of this by developing these talks both with Ukraine and with Mr. Putin,” he added on his return from Turkmenistan.

Ukraine, on the other hand, welcomed the president’s statements.

"We will welcome any efforts that can help us to put an end to this war, to return Ukraine's territories that are currently under Russian control," Ukrainian Foreign Minister Dmytro Kuleba told a news briefing.

NATO member Turkey has good ties with both Kyiv and Moscow, though it opposes Russian policies in Syria and Libya. It has forged energy and defense cooperation with Russia, while opposing Russia's 2014 annexation of Ukraine's Crimea Peninsula.