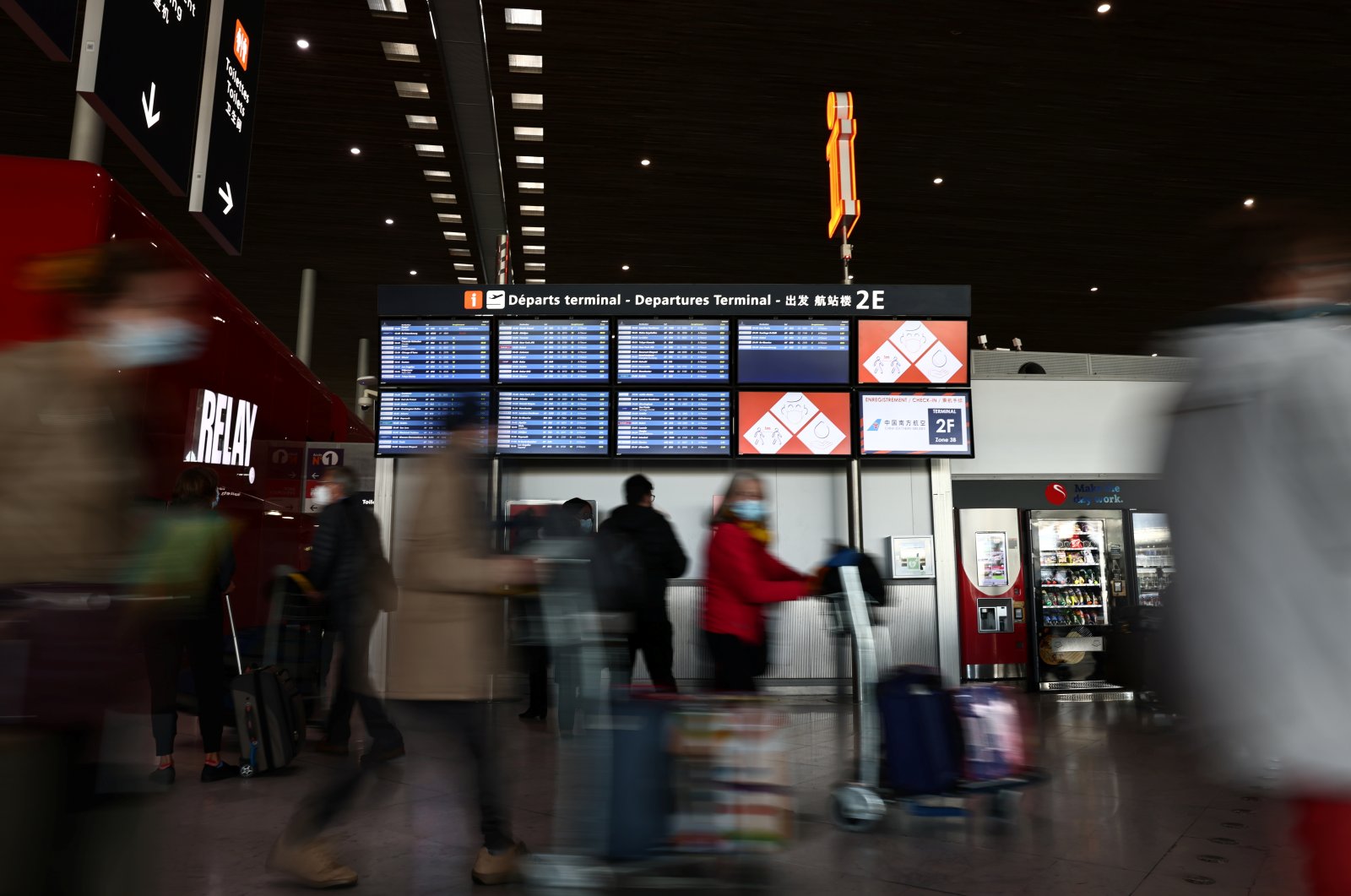 Passengers walk in the departures area of the Terminal 2 at Paris Charles de Gaulle airport in Roissy-en-France near Paris, France, Dec. 2, 2021. (Reuters File Photo)
by Daily Sabah with AFP Dec 08, 2021 8:12 am
RECOMMENDED

Saudi Arabian officials claimed that French authorities detained the wrong person over the murder of journalist Jamal Khashoggi at the consulate in Turkey on Tuesday.

Investigators were seeking to confirm that the man carrying a passport in the name of Khalid Alotaibi was indeed the suspect by the same name sought by Turkey and sanctioned by the United States over the gruesome killing of Khashoggi that unleashed a wave of global anger.

The Saudi embassy in Paris issued a statement late Tuesday saying the man arrested "has nothing to do with the case in question" and demanded his immediate release.

A security source in Saudi Arabia added that "Khaled Alotaibi" was a very common name in the kingdom, and that the Alotaibi the French thought they were holding was actually serving time in prison in Saudi Arabia along with "all the defendants in the case."

The man was detained by border police on the basis of an arrest warrant issued by Turkey as he was about to board a flight to Riyadh from Paris's Charles de Gaulle airport, judicial and airport sources told Agence France-Presse (AFP), asking not to be named.

A man named Khalid Alotaibi is one of 26 Saudis charged in absentia by Turkey over the killing in a trial that got underway in October 2020. If convicted, he could face life imprisonment.

Two of the 26 being tried in absentia in Turkey are former aides to Saudi Crown Prince Mohammed bin Salman (MBS). No Saudi official has ever faced justice in person in Turkey for the killing.

Alotaibi is also one of 17 people that the U.S. Treasury designated for sanctions in 2018 over their role in the murder.

A source close to the case said that the Interpol Red Notice issued at Turkey's request came up as the traveler was passing through passport control.

Checks were still underway on Tuesday evening to ensure his identity is correct and that the arrest warrant applies to him, another source close to the case added, noting that his detention can last up to 48 hours.

If confirmed as the suspected assassination team member, he will appear before French prosecutors.

He would have the right to challenge extradition to Turkey. If he does, the French judiciary must decide whether to keep him in detention pending a formal Turkish extradition request, or to free him on the condition that he does not leave France.

It can typically take several weeks for a court to rule on whether to hand him over to Turkey against his will.

In September 2020, a Saudi court overturned five death sentences issued after a closed-door trial in Saudi Arabia, sentencing the accused to 20 years in prison instead.

Khashoggi – who was close to the Saudi royals but became a critic – was killed and dismembered at the kingdom's consulate, in a case that tarnished the reputation of MBS.

His remains have never been found.

According to U.S. and Turkish officials, a waiting Saudi hit squad strangled him and dismembered his body, which has never been retrieved.

Tuesday's arrest comes only days after French President Emmanuel Macron defended his decision to include Saudi Arabia in a tour of Gulf states, saying the visit did not mean that he had "forgotten" about the Khashoggi case.

President Recep Tayyip Erdoğan has said the order to murder Khashoggi came from "the highest levels" of the Saudi government.

Crucially there have also been signs after many years of tensions in the wake of the 2016 failed coup bid of a thaw between Turkey and Saudi Arabia's top ally the United Arab Emirates, with Abu Dhabi Crown Prince Sheikh Mohammed bin Zayed visiting Turkey last month.

On the third anniversary of the killing, Khashoggi's widow Hatice Cengiz, who was waiting outside the consulate while the murder took place, accused the U.S. of failing to hold Saudi Arabia accountable.

Media rights body Reporters Without Borders (RSF) called Tuesday's arrest "excellent news" and said it had filed a legal complaint against Alotaibi for murder, torture and enforced disappearance in October 2019.

RSF said it had maintained "complete confidentiality" about the complaint in order to improve the chances of his arrest during a visit to France.