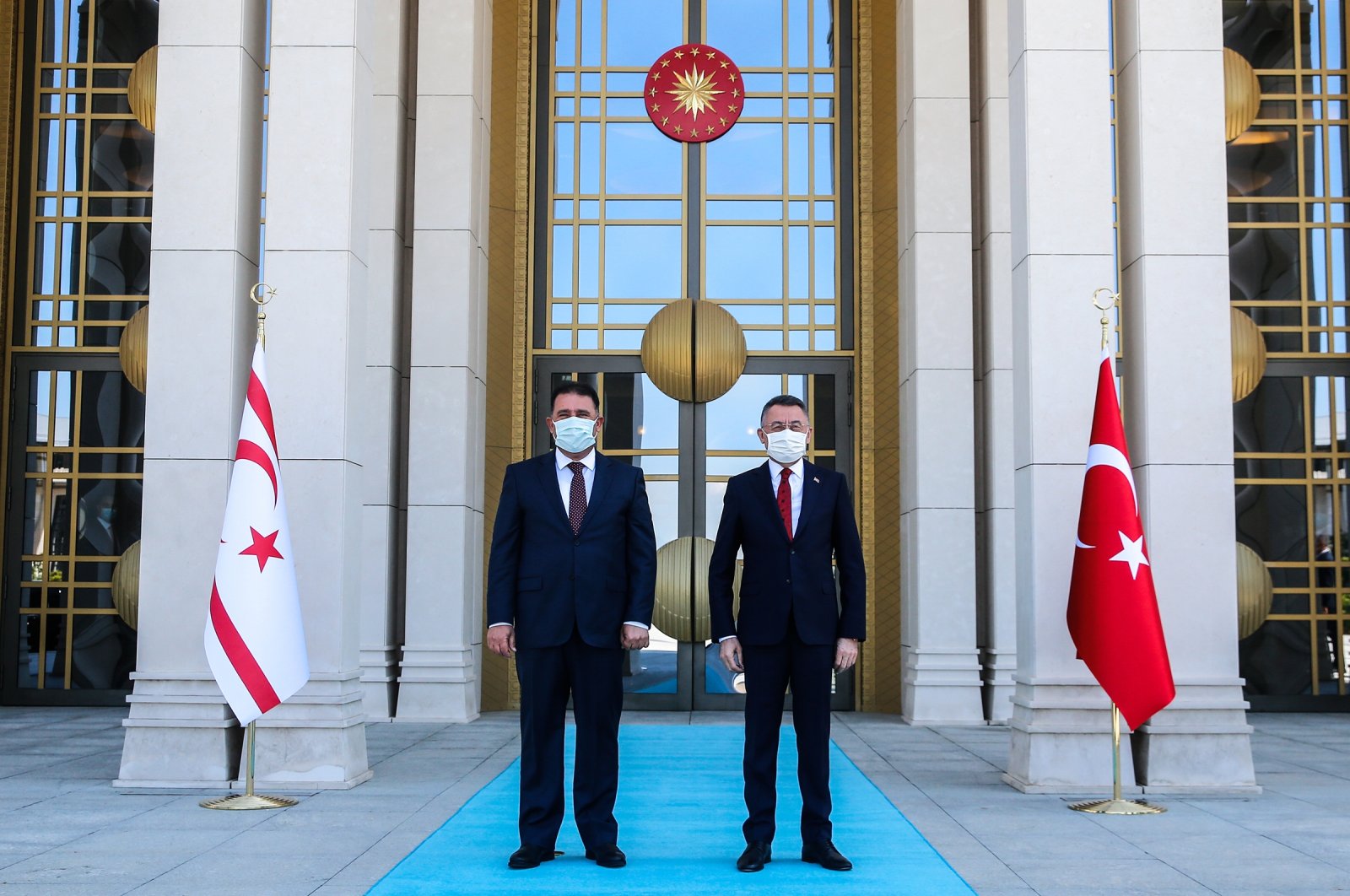 Turkey and the Turkish Republic of Northern Cyprus (TRNC) should work together to build a self-sufficient TRNC, the Turkish vice president said Wednesday.

Underlining that Turkey's support for ongoing projects in the TRNC will continue, Oktay said: "We together should build a TRNC that would be self-sufficient and stand on its own feet."

Describing his meeting with Saner as fruitful, he said close cooperation and dialogue between the two countries continue on every level.

Drawing particular attention to the ongoing infrastructure projects in the TRNC, Oktay reiterated that Turkey is determined to support Turkish Cypriots' aim of establishing a self-sufficient state.

He said projects in sports, education and health were reviewed during the meeting, noting that Turkey will continue to contribute to the TRNC's economy that has been negatively affected by the coronavirus pandemic.

Saner said people in the TRNC voted for the continuation of negotiations to resolve the Cyprus issue on the basis of two sovereign, equal states.

Saying that the Greek Cypriot administration has not discussed anything other than a solution based on a federation system for over 50 years, Saner added: "We said we don't have the strength to endure another 53 years."

The island of Cyprus has been divided since 1964 when ethnic attacks forced Turkish Cypriots to withdraw into enclaves for their safety.

The Greek Cypriot administration, backed by Greece, became a member of the EU in 2004.