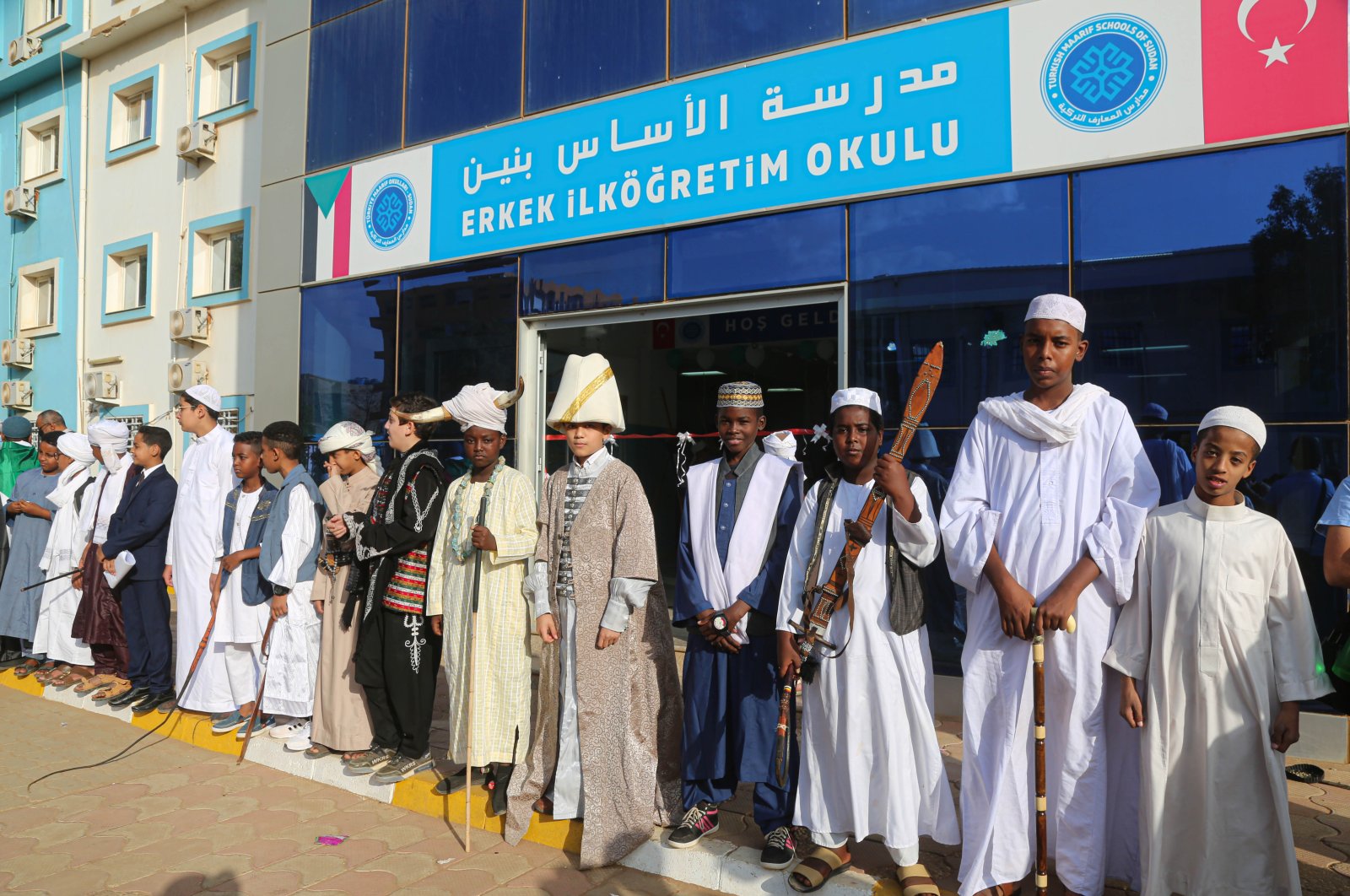 Sudan's Sovereign Council on Thursday hailed Turkey's supportive stance toward the country and its keenness to strengthen ties between Ankara and Khartoum.

The council issued a statement saying its member Ibrahim Jaber met earlier in the day with the Turkish Ambassador to Sudan Irfan Neziroğlu and discussed developing and strengthening bilateral relations between their two countries.

Neziroğlu briefed Jaber on the outcome of the third Turkish-African Partnership Summit held in Istanbul in December and its effect on developing political, economic, social and cultural ties between Turkey and the African states.

The 3rd Turkey-Africa Partnership Summit was held in Istanbul on Dec. 16-18, and many heads of state and government and foreign ministers attended the summit. President Recep Tayyip Erdoğan and Foreign Minister Mevlüt Çavuşoğlu met with many of their counterparts who came to Istanbul as part of the summit.

Turkey aims to win alongside Africa and march together toward the future, Çavuşoğlu said in his commencement speech at the third Turkey-Africa Partnership Summit's foreign ministers meeting in Istanbul.

Speaking at the closing ceremony, Erdoğan said, "We want to develop together and increase the welfare of our people together; thus, we attach great importance to the memorandum of understanding."

The 3rd Turkey-Africa Partnership Summit held in Istanbul also adopted a joint declaration. The declaration stated the parties are committed to further strengthening and deepening the cooperation in the interest of the states and peoples. They also committed to cementing their collaboration on current issues in the global arena, including health, peace, security, governance and justice. The declaration said the parties will focus on three main topics: peace, security and justice, human-focused development and strong and sustainable growth.

Neziroğlu also said that 1 million doses of coronavirus vaccines will be donated to Sudan in the coming days out of the 15 million doses pledged recently by Turkey to Africa.

Relations between the two countries have been developing since 2002, when the Justice and Development Party (AK Party) in Turkey took power with a view to strengthening ties with African nations.

Since then, Turkey and Sudan have signed bilateral agreements in many fields and sectors, including education, agriculture, commerce, mining, health services and energy.