Sweden wants to restart dialogue with Türkiye after Quran burning 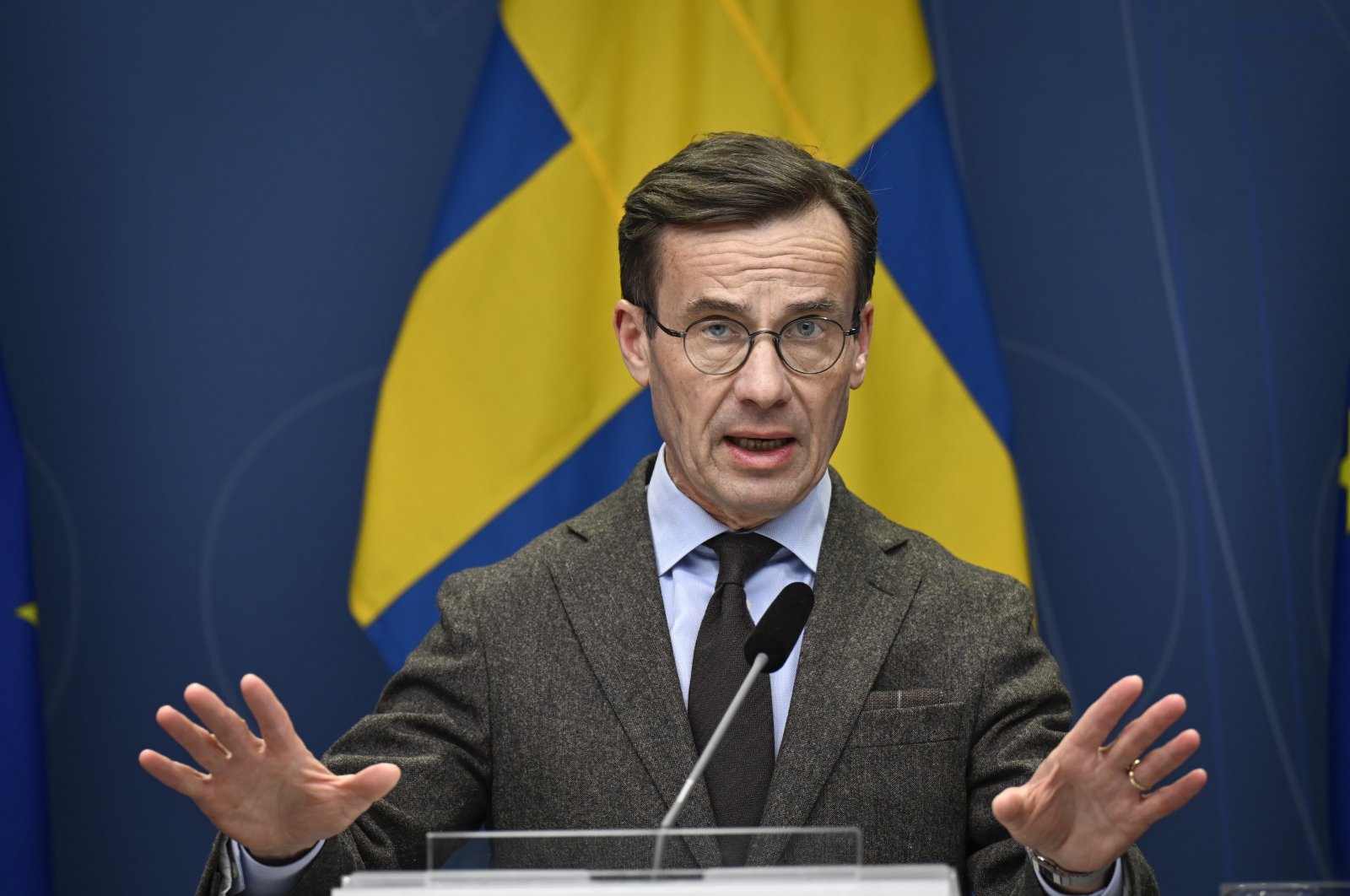 Sweden wants to resume dialogue with Türkiye, Prime Minister Ulf Kristersson said Tuesday, shortly after the latter announced that it has canceled upcoming talks with Stockholm and Helsinki on their NATO membership following the Quran burning incident on the weekend.

"Our collective message is that we want to call for calm, for reflection, for calm in the process so that we can return to functioning talks between Sweden, Finland and Türkiye on our common NATO membership," Kristersson told a news conference, adding that he wanted a return to "dialogue."

Türkiye earlier in the day said it had postponed upcoming NATO accession talks with Sweden and Finland previously scheduled for February.

Ankara announced its decision one day after President Recep Tayyip Erdoğan lashed out at Sweden and said it should not expect Türkiye's support for its NATO bid for allowing weekend protests that included the burning of the Quran outside Türkiye's embassy.

"If you don't respect the religion of Türkiye or Muslims, you won't get any support from us on NATO," he said, noting that it is evident that Sweden should not expect Ankara's support for its NATO bid after authorizing such a shameful scandal in front of the Turkish embassy.

"That is not happening," he said, adding that if Sweden prefers terrorist sympathizers and Islamophobes, then Türkiye suggests they should let them defend their country too.

A Turkish diplomatic source said the trilateral meeting has been canceled indefinitely, without providing further details.

Kristersson said there were "provocateurs who wanted to spoil Sweden's relations with other countries" and foil its bid to join the U.S.-led Western military alliance.

Sweden and Finland, which shares a 1,300-kilometre (800-mile) border with Russia, decided jointly to end their decades-long policies of military non-alignment, following Russia's invasion of Ukraine.

Their plans won formal support at a historic NATO summit in June, after which the two countries' bids were swiftly ratified by 28 of NATO's 30 member states.

Bids to join NATO must be ratified by all members of the alliance, of which Türkiye is a member.

"No national security question is more important than that we with Finland quickly become members of NATO," Kristersson said.

Finland's Foreign Minister Pekka Haavisto on Tuesday for the first time floated the idea that it may have to consider joining the alliance alone while stressing that a joint accession remained the "first option."

"We understand the frustration that many in Finland feel at the moment that we in this situation have still not become members of NATO," Kristersson said.

"But we are focusing on the very clear message that Finland continues to want to join NATO together with Sweden," he added.