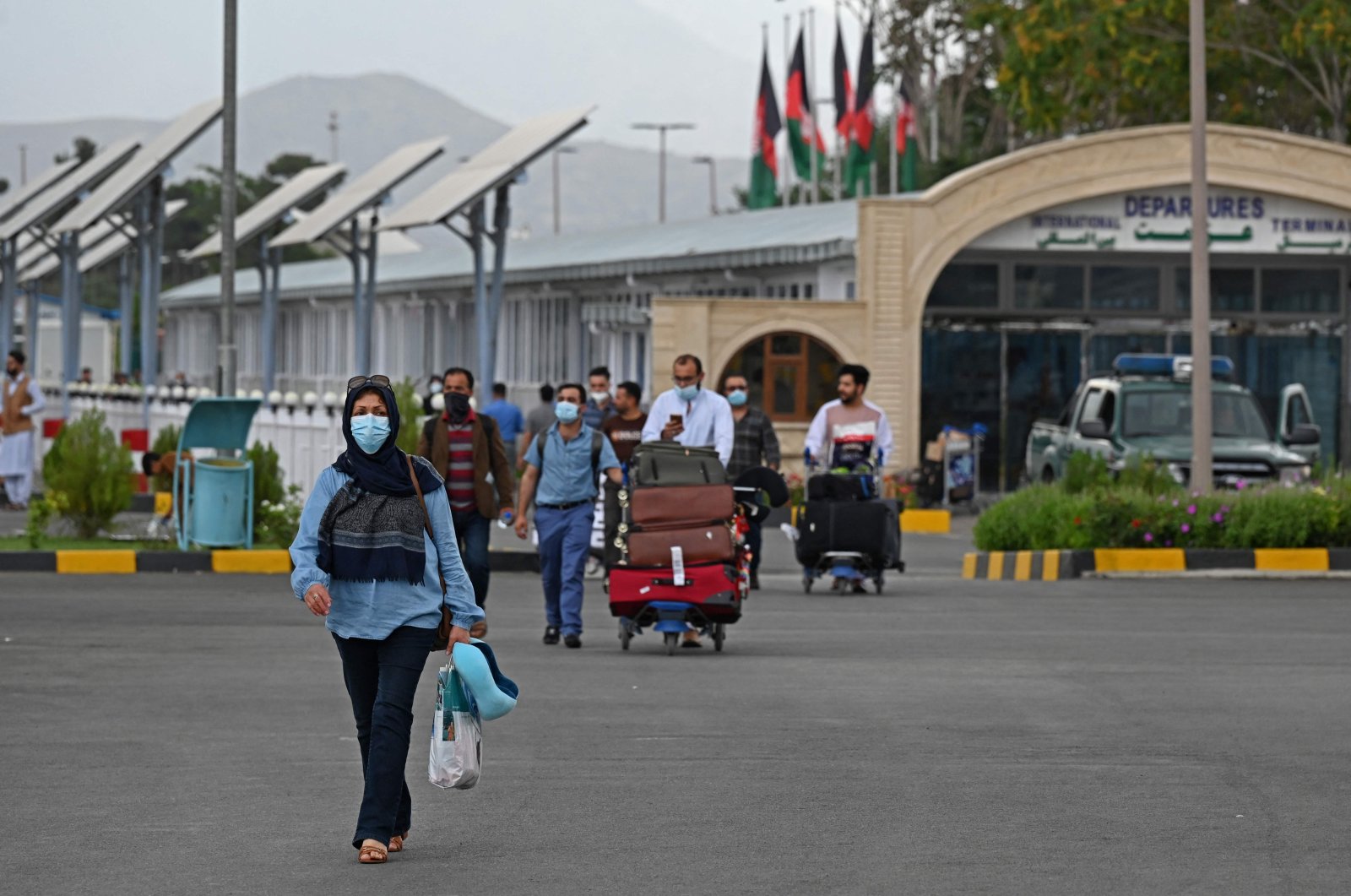 Passengers walk out from the arrivals of the Hamid Karzai International Airport in Kabul on July 16, 2021. (AFP Photo)
by Anadolu Agency Jul 21, 2021 5:50 pm
RECOMMENDED

A Taliban spokesperson said Wednesday that the group has asked Muslim countries to support a political solution that will end the war in Afghanistan, adding specifically that the group wishes to maintain good relations with Turkey.

Zabihullah Mujahid argued that the solution to the current problem in Afghanistan is an "inclusive" Islamic government and said the group wants to work with other countries to restore peace and security and start a rebuilding process.

"We want good relations with Turkey, Turkey is our brother, we have many points in common based on faith. We want Turkey to leave the past and return to the present and the future. After that, we can ask for dialogue," Mujahid told TRT Arabi, the Arabic broadcasting service of Turkey's public broadcaster, TRT, during an interview that touched on the withdrawal of foreign forces from Afghanistan, the operation of Kabul Hamid Karzai International Airport and peace negotiations between Afghan parties in Doha, Qatar.

On an Afghan peace conference that is expected to be held in Istanbul, he said the Taliban evaluated every opportunity to bring peace to Afghanistan and the region.

The much-anticipated peace conference was scheduled for the end of April but was postponed.

He noted that ensuring the security of the Kabul airport, diplomatic missions and embassies is the responsibility of Afghans and that the Taliban will consider any other move as an intervention in the country's internal affairs.

Mujahid added that the Taliban welcomed the resumption of dialogue between Kabul and the group in Qatar and they hope that negotiations will yield good results.

The latest round of intra-Afghan negotiations failed to deliver a breakthrough, with the Afghan government and the Taliban on Sunday vowing via a joint statement to continue and to expedite high-level peace talks in Doha.

Intense fighting between Afghan forces and the Taliban continues amid the withdrawal of foreign troops.

Turkish President Recep Tayyip Erdoğan said Tuesday that Turkey is considering operating the major Kabul airport and that Ankara is ready to discuss the peace process with the Taliban, adding that the group has to stop the occupation.

Talks between the U.S. and Turkey about security at the airport following the U.S. pullout remain ongoing. Erdoğan and Biden discussed the issue at a recent NATO leaders' summit in Brussels.

Ankara has been running the military and logistic operations at the Kabul airport for six years as part of the NATO-led Resolute Support Mission.

Turkey, whose forces in Afghanistan have always been noncombatants, has reportedly offered to guard the airport amid questions about how security will be assured along major transport routes and at the airport, which is the main gateway to the capital.