Terrorism to have no place in future of region, Iraq: FM Çavuşoğlu 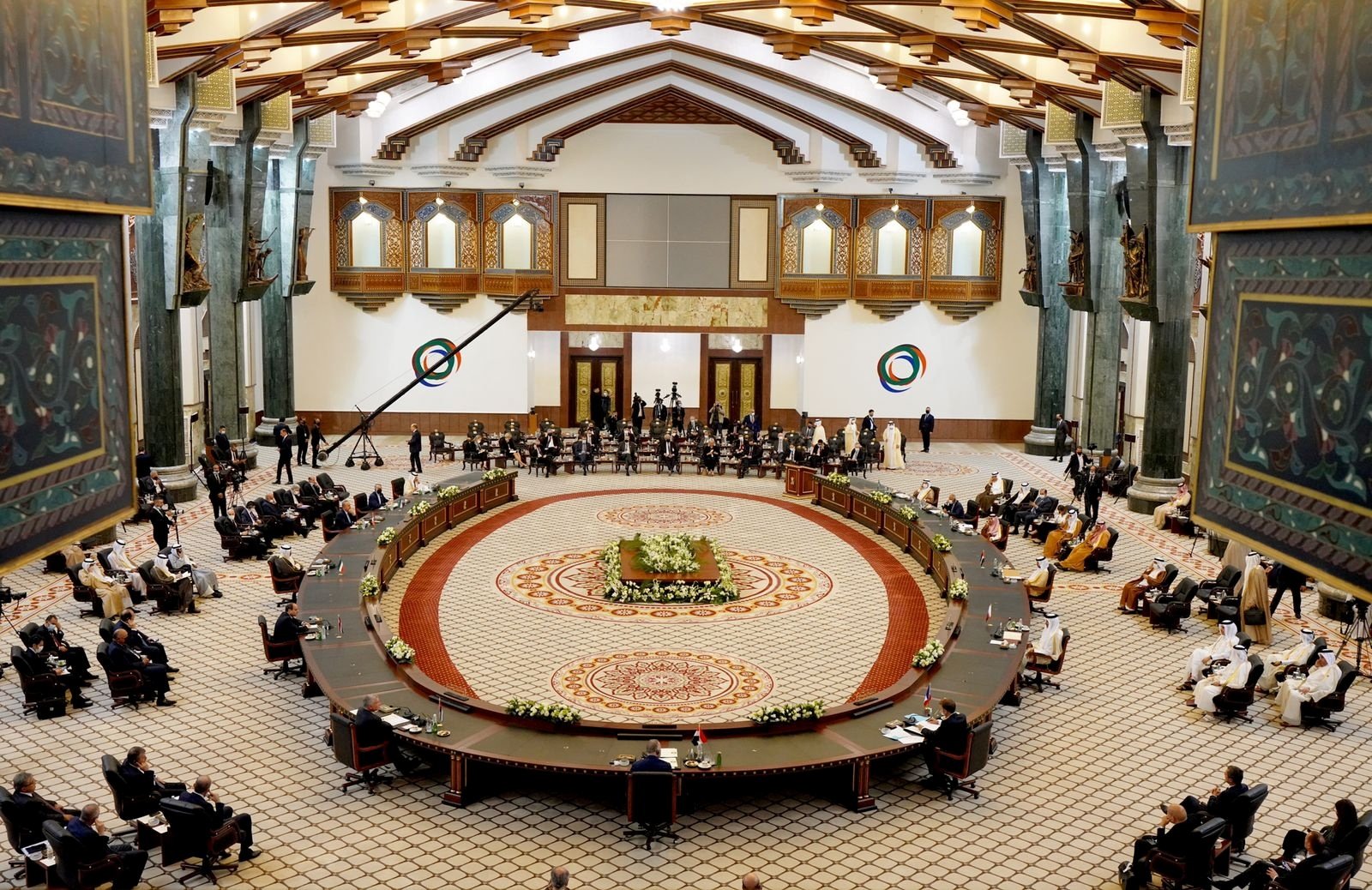 Terrorism will have no place in the future of the region and Iraq, Foreign Minister Mevlüt Çavuşoğlu said on Saturday at an international conference in Baghdad, underlining that Turkey will never accept a PKK presence in Iraq.

"Terrorist groups such as Daesh, the PKK and (its Syrian branch) the YPG also threaten regional security," Çavuşoğlu said. "We expect all friendly and neighboring countries to support our fight against this terrorist organization. We are ready to provide all kinds of support to the Iraqi state in its fight against this terrorist organization that poses a threat to Iraq's stability and violates its sovereignty."

Çavuşoğlu said Ankara would continue to support Baghdad to ensure the stability of Iraq, emphasizing the economic cooperation and partnership between the two nations.

A regional summit aimed at promoting cooperation and partnership in the Middle East concluded in the Iraqi capital Baghdad on Saturday.

The summit, held in the heavily guarded Green Zone, ended with the agreement of participating countries to unify efforts to stabilize the region.

The participants voiced support for Iraq’s reconstruction efforts and its plan to hold parliamentary elections scheduled for October.

According to a statement concluding the conference, the participants acknowledged that the region faces "joint challenges which require the region’s countries to handle them on the basis of joint cooperation, mutual interests and good neighborliness."

Officially named the Baghdad Conference for Cooperation and Partnership, the meeting was held two days after a deadly attack claimed by a Daesh affiliate in Afghanistan outside Kabul Hamid Karzai International Airport, raising fears of the terrorist group's resurgence.

Noting that political stability is vital in successfully fighting terrorist organizations, Çavuşoğlu said: "Completion of the constitutional process plays a significant role in establishing political stability. Ensuring institutionalization and, thus, continuity in the state is also a great need."

He said that Turkey would continue to support efforts to reinforce political institutions in Iraq.

Çavuşoğlu said he hopes that elections in Iraq on Oct. 10 will have a high rate of participation and take place in a peaceful environment, noting that Iraq and Baghdad are important centers of Islamic civilization.

"It is a time to leave aside the differences between us and to focus on what we have in common. As peoples of the region, we know our problems the best and solve them ourselves," he said.

Arguing that foreign interference will not solve regional problems, Çavuşoğlu said: "Our public expects solutions from us, not from others."

The foreign minister said he hoped the Baghdad conference would reinvigorate regional talks, adding "We can take significant steps to leave a beautiful heritage for generations to come."