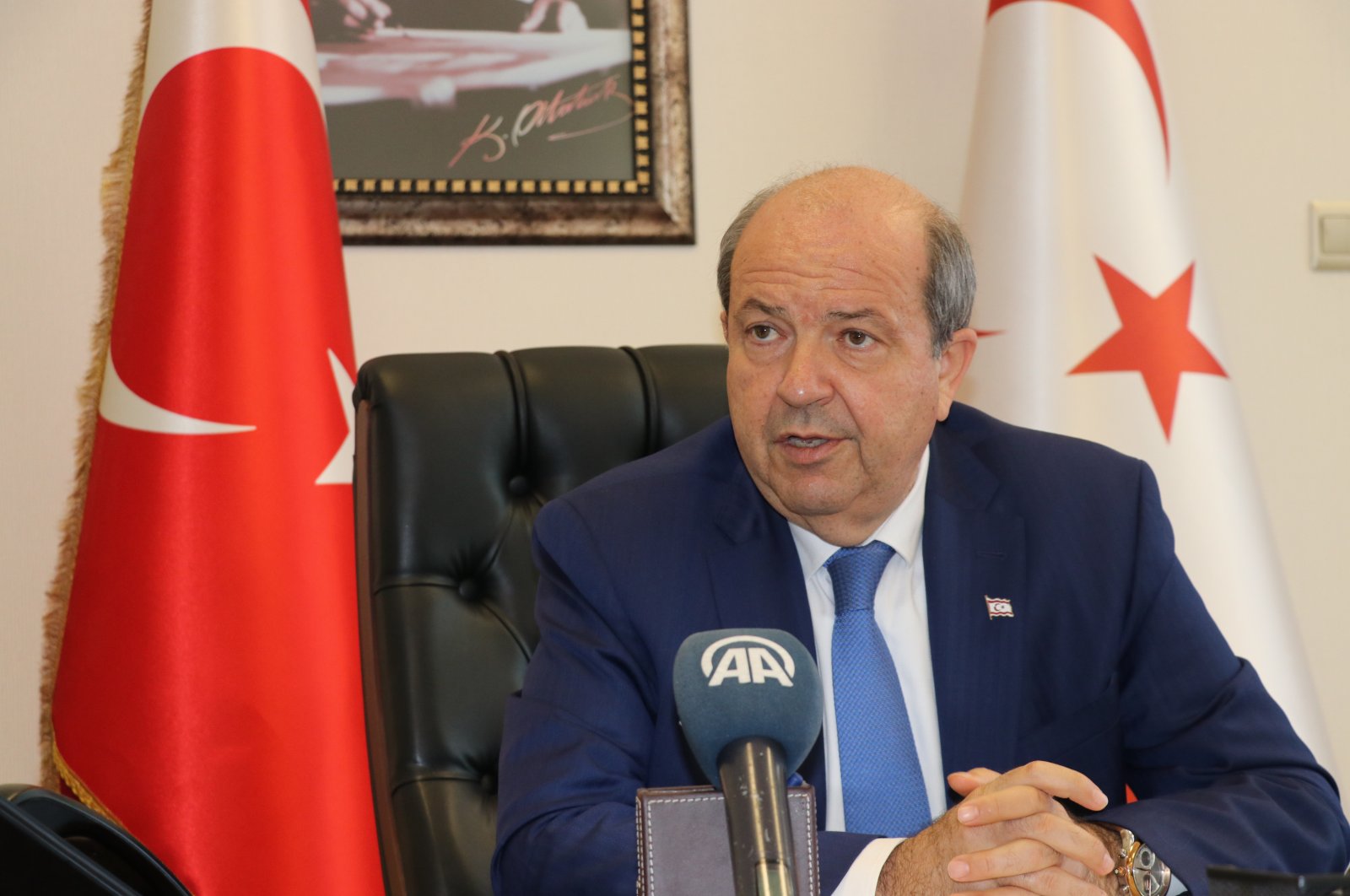 Unrecognized for decades, Turkish Cypriots have launched an online petition campaign calling on the World Health Organization (WHO) to recognize the country as the coronavirus continues to claim thousands of lives worldwide.

Mehmet Hasgüler, an international relations analyst based on the long-divided island, told Anadolu Agency that their claim represents "a universal human right which is supra-political and above political parties."

"Turkish Cypriots are also human, and we are trying to explain that COVID-19 does not distinguish between people," said Hasgüler, who is also deputy chair of Northern Cyprus' Higher Education Planning, Evaluation, Accreditation and Coordination Council.

On April 22, Hasgüler launched the petition, which as of Friday has been signed by more than 9,200 people.

"For years, the existence of Turkish Cypriots has been ignored by the international communities! However, the common sovereign equality was accepted by international treaties on Aug. 16, 1960, and it was approved by the UN!" says Hasgüler's statement on change.org.

"Today our neighbors, citizens of the Republic of (Greek) Cyprus, are receiving all the essential information and support from the World Health Organization. But we, Turkish Cypriots, are being ignored!" it added.

It has seen an on-and-off peace process in recent years, including a failed 2017 initiative in Switzerland under the auspices of guarantor countries, Turkey, Greece and the U.K.

The TRNC, currently recognized only by Turkey, confirmed its first COVID-19 case on March 9, while a total of four people, including two German citizens, have died due to the virus.

Two of these people were among the first victims of COVID-19 on the island, while the rest of the group were put in quarantine and were sent back to their country healthy and safe.

"As Turkish Cypriots, we want to face a possible second or third wave of (coronavirus) in a coordinated manner with the WHO's office to be opened in the north, as the Turkish Cypriots cared for German tourists," Hasgüler said.

"Our request is clearly written in WHO's founding charter in 1946, in Chapter 3, Article 8, as ‘Joint Membership,'" he added.

Hasgüler said the definition as "associate members" clearly describes the Turkish Cypriots, who are interlocutors in all U.N. resolutions in 1959-1960 and beyond.

"Our request is totally limited to health rights and falls outside of political considerations. Regions that become associate members have a WHO office, they benefit from all kinds of assistance," he added.

"Local health authorities will jointly fight against this dangerous epidemic with officials in WHO's office in (the capital) Northern Lefkoşa, test kits will come to our country easily, (and) the number of patients, number of intubates and number of losses will be included in the statistics of the world health organization."

He added: "In the first wave, Turkish Cypriots were excluded from all of these and were left to their own state by the WHO."

Turkey extended a helping hand to its Turkish Cypriot brothers, providing over TL 2.2 billion (about $325 million) amid the pandemic, according to Turkey's vice president.

The border between Southern and Northern Cyprus has been closed for weeks now, since the pandemic first appeared, the first time that had happened since the gates were opened in 2004.

After the petition for WHO associate membership was launched, Ersin Tatar, the country's prime minister, urged WHO to share Turkish Cyprus' success at fighting the coronavirus with the world.

In a letter to WHO chief Tedros Adhanom Ghebreyesus, Tatar said the country's last coronavirus patient was discharged from the hospital on May 11 and no further cases have been reported since.

Stressing the importance of the organization's leadership to fight the pandemic, he said Turkish Cyprus has been following all the suggestions made by WHO.