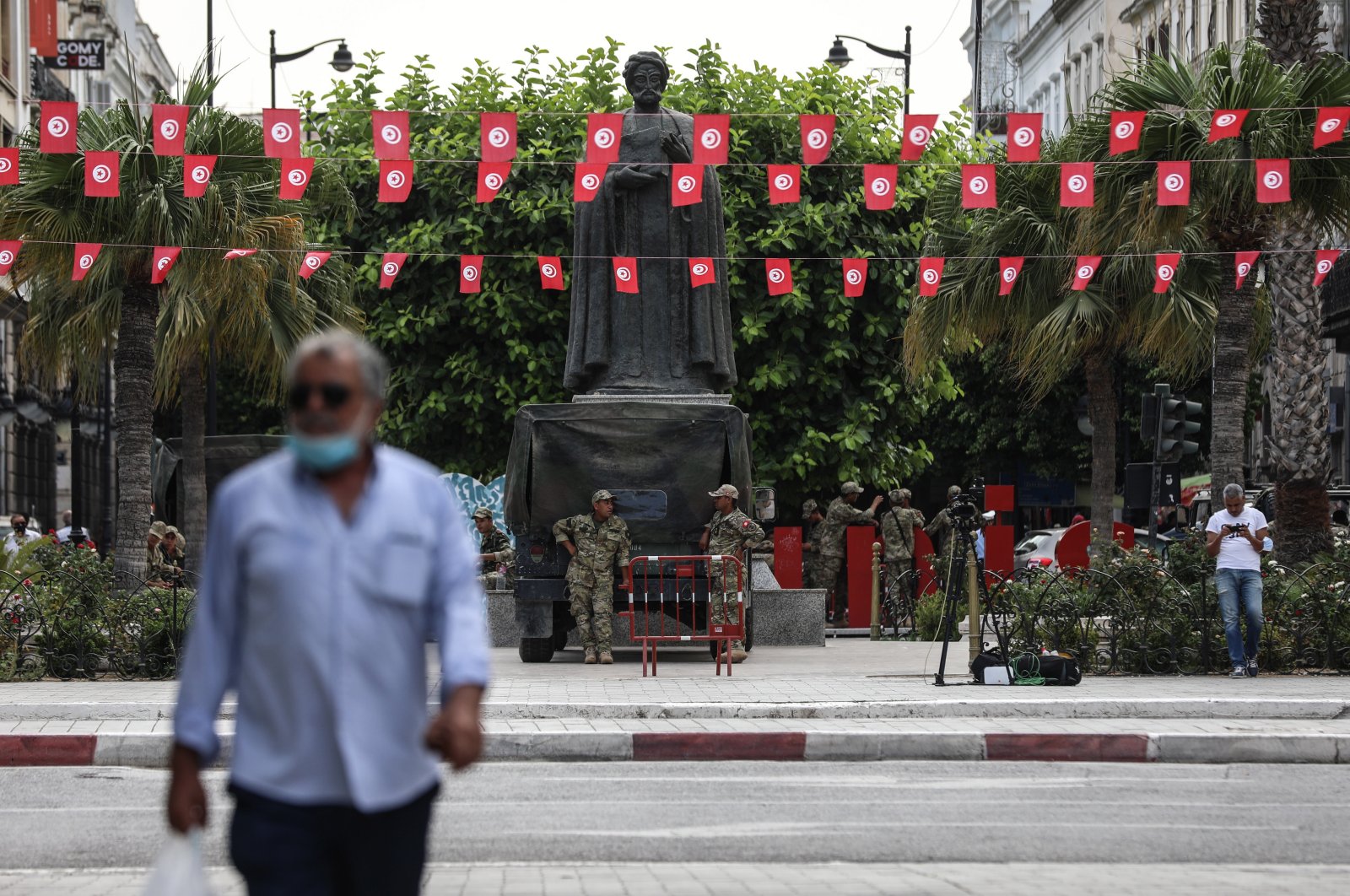 Stability and peace in Tunisia are important for Turkey, Foreign Minister Mevlüt Çavuşoğlu said Tuesday, after the country’s president froze parliament and dismissed the government.

In a phone call with his Tunisian counterpart Othman Jerandi, Turkey’s top diplomat vowed to support the Tunisian people.

According to the Tunisian Foreign Ministry, Jerandi explained that the extraordinary measures were temporary.

Tunisian President Kais Saied, backed by the army, sacked the prime minister and froze parliament on Sunday, sparking concern in Western capitals that have praised the country's transition from autocracy since the Arab Spring uprisings of 2011.

Since clashes that erupted Monday in front of parliament between supporters of the president and backers of the Ennahdha party, the strongest group in the coalition government, calm has returned to Tunis.

But there is also uneasiness as to what the future will hold.

Turkey voiced "deep concern" about the suspension of Tunisia's parliament, which represents the "will of the people."

Turkey's parliament speaker called Tuesday for "constitutional order and rules of law" in Tunisia amid the political turmoil in the North African country.

"Our desire is for the Tunisian people to be governed by their own will, as they deserve, with a government in which the constitutional order and rules of law work," Mustafa Şentop told Turkish news channel Haber Global during a live interview from Azerbaijan.

Asked about the situation in Tunisia, Şentop said certain basic institutions have not been established in the country, including the Constitutional Court, because laws on the implementation of the constitution could not be enacted.

"The prime minister can only be dismissed through a no-confidence vote in parliament," he said.

"The president may declare a state of emergency and take all kinds of measures, but these measures do not include suspending parliamentary work and dismissing the prime minister or government."

Following Saied's decisions, Parliament Speaker Rached Ghannouchi described the president's move as nothing but a "full-fledged coup" against the Tunisian constitution, revolution and freedoms in the country.

Tunisia is seen as the only country that succeeded in carrying out a democratic transition among a group of Arab countries that witnessed popular revolutions which toppled their ruling regimes, including Egypt, Libya and Yemen.