'Turkey a counterbalance to Russia, China in Central Asia' 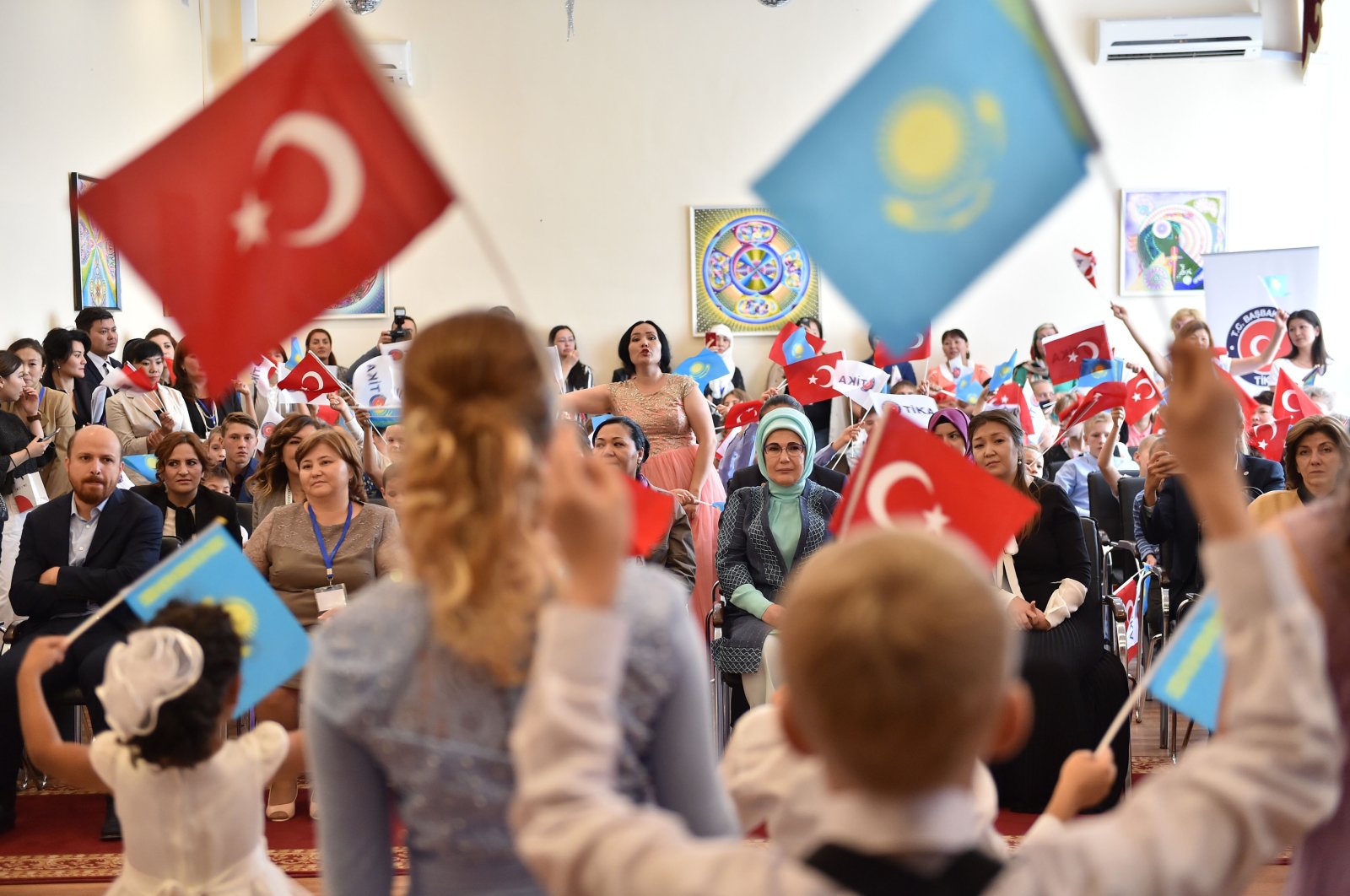 Turkey is a counterbalance to Russia and China's growing presence in Central Asia, a Kazakh academic said.

Speaking to Anadolu Agency (AA) on the sidelines of a two-day conference in Istanbul, Meruert Makhmutova, the director of the Almaty-based Public Policy Research Center, said Russia has "imperial ambitions" in Central Asia "but the world is changing and the former Soviet republics want to have options other than Beijing and Moscow as well."

The economist was attending the "Turkey, Pakistan and Central Asia: Partnership for Peace" event, co-hosted by Turkey's Center for Diplomatic Affairs and Political Studies in partnership with Pakistan's Lahore Center for Peace Research.

The Turkic nations of Kazakhstan, Kyrgyzstan, Turkmenistan, Uzbekistan and Tajikistan form Central Asia. Azerbaijan is not a part of the central region but is ethnically Turkic and enjoys strong ties with Turkey.

"These brotherly countries are more interested in developing and strengthening cooperation with Turkey based on a common language, culture and heritage," she said.

"Turkey is a counterbalance to China and Russia and has a good opportunity to be the leader of Turkic nations," Makhmutova said.

Makhmutova also said that Turkey's support in liberating Nagorno-Karabakh was "very important," referring to Azerbaijan's recent war with Armenia, which had occupied the landlocked region in the South Caucasus for nearly three decades.

Ankara supported Baku throughout the 44-day-long clashes, which ended after a Moscow-brokered cease-fire was agreed upon on Nov. 10.

And since then, the opening of a transit corridor connecting Azerbaijan with its Nakhchivan enclave has provided new opportunities for the region and given Turkey direct access to the Caspian Sea.

She said that while China and Russia are trying to "develop only bilateral relations, independently with each Central Asian nation," Turkey should devise a collective policy toward the Turkic states.

Turkey's three priority areas of cooperation with Central Asia should be military, science and technology, and culture, she added.

The two-day conference aimed to inspire a conversation among various stakeholders to contribute to the discourse on challenges and opportunities inherent in building a prosperous and peaceful future for all nations, cultures and societies.

"Turkey, Pakistan and the Central Asian republics, which have maintained a strong friendship and strategic cooperation in the region for a long time, are capable of putting their subjective ideas into action with their intellectual maturity to make a contribution for the establishment of global peace. All parties of these advocate basic principles of peace and mutual respect, and thus feel it obligatory to bring together all those who wish to contribute to the noble cause of peace and interdependence," a statement about the event said.