'Turkey-Africa ties to progress based on win-win principle' 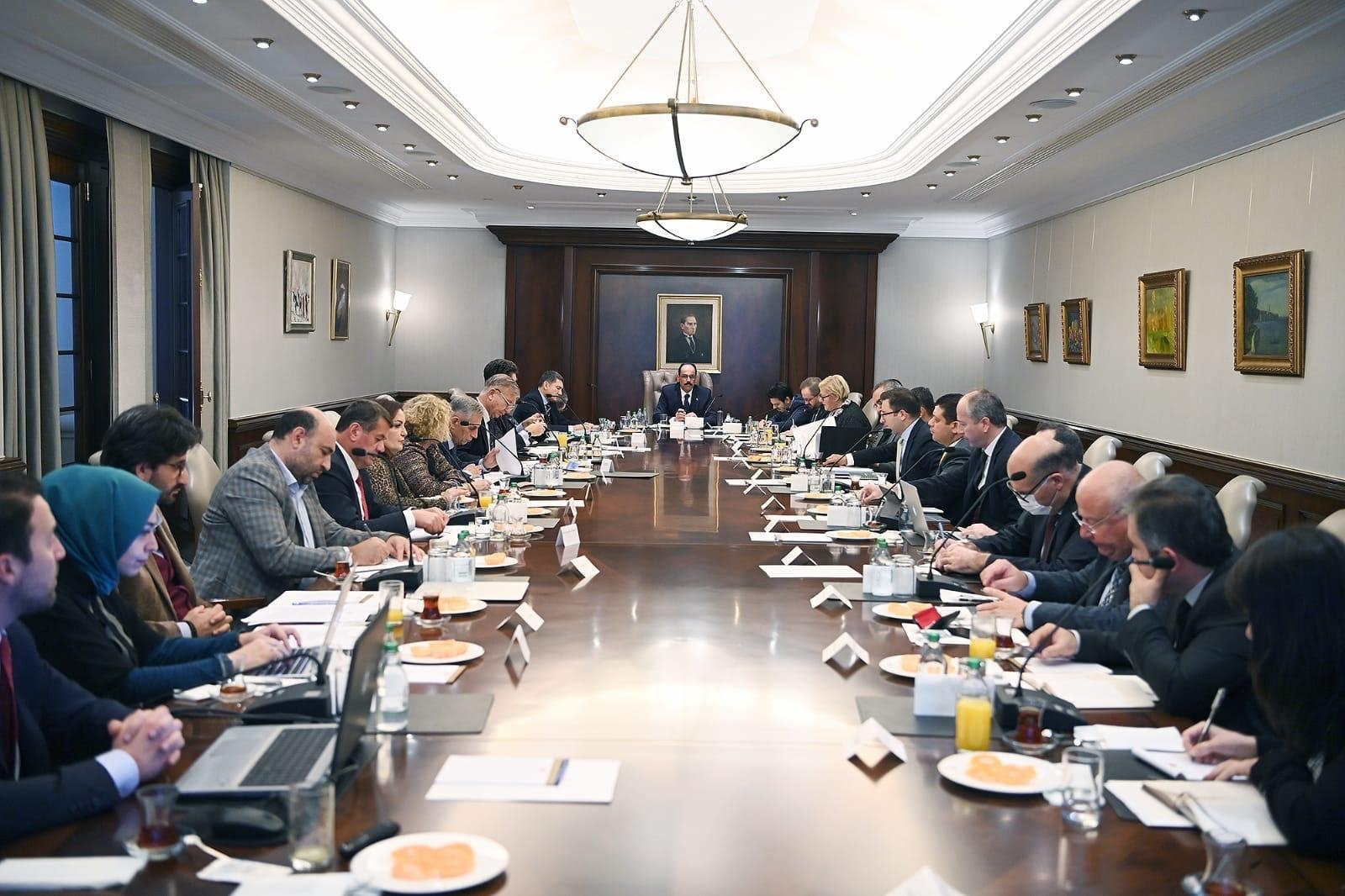 Turkey-Africa relations will be carried forward based on the principles of equal partnership and mutual gain, a workshop held by the Turkish Presidency's Security and Foreign Policy Committee emphasized on Wednesday.

Board members, relevant representatives of ministries and institutions, academics, think tanks and members of the media attended the workshop, titled "Turkey's Relations with Emerging Africa and African Countries in the 21st Century," led by Ibrahim Kalın, the deputy chairperson of the Security and Foreign Policy Board.

In the workshop, Africa's geopolitical position, economic capacity and cultural potential were evaluated, and the current situation and future of Turkey's relations with the continent were discussed.

At the workshop, which drew attention to the strategic role of Africa in the international system in the 21st century, it was stated that Turkey-Africa relations will be furthered on a "win-win" basis through "equal partnership" and that sustainable cooperation will continue to be developed.

The increasing number of Turkish Embassies in African countries, Turkish Airlines (THY) flights, student exchange programs, Turkey Scholarships, defense industry collaborations and public, private sector and nongovernmental organization (NGO) activities has added a strategic dimension to the "African expansion," a statement from the event noted. "With the perspective of developing African solutions to Africa's problems with the humanitarian diplomacy carried out under the visionary leadership of President Recep Tayyip Erdoğan, new policy proposals aimed at reaching a much higher level in Turkey-Africa relations were negotiated."

The importance of the 3rd Turkey-Africa Partnership Summit, which will take place in Istanbul on Dec. 17-18, and the preparations on the margin of the summit were also discussed at the meeting.

President Erdoğan last month once again reaffirmed that Turkey’s approach in its ever-growing relations with African countries is based on equal partnership and a win-win principle, emphasizing the strong will to further develop commercial ties.

Ankara has been stressing the desire to advance relations with the continent on the basis of a win-win relationship and equal partnership while observing mutual respect. Both sides have been vowing to tap into their greater potential when it comes to further expanding and deepening relations.

“I believe that the sincere ties between us will become even stronger in the period ahead,” Erdoğan told the closing ceremony of the third Turkey-Africa Economic and Business Forum in Istanbul.

Having adopted a one-dimensional foreign policy shaped by its relations with the West for decades, Turkey has shifted its direction to a more diversified, multidimensional and independent foreign policy since the end of the Cold War.

Turkey's opening up to Africa dates back to the action plan adopted in 1998 but took real shape in 2005, which was declared the “Year of Africa” by Ankara. Turkey was accorded observer status by the Africa Union the same year.

In a reciprocal move, the African Union (AU) declared Turkey its strategic partner in 2008, and relations between Africa and Turkey gained momentum when the first Turkey-Africa Cooperation Summit was held in the commercial capital Istanbul with the participation of representatives from 50 African countries that year.

In 2009, there were only 12 Turkish Embassies in African countries, with five of them in North Africa. Now, there are 42. While Turkish Airlines has flights to 60 different destinations in 39 countries, the Turkish Cooperation and Coordination Agency (TIKA) has nearly 30 coordination centers on the continent and the Foreign Economics Relations Board (DEIK) have joint business councils with more than half of all African countries.