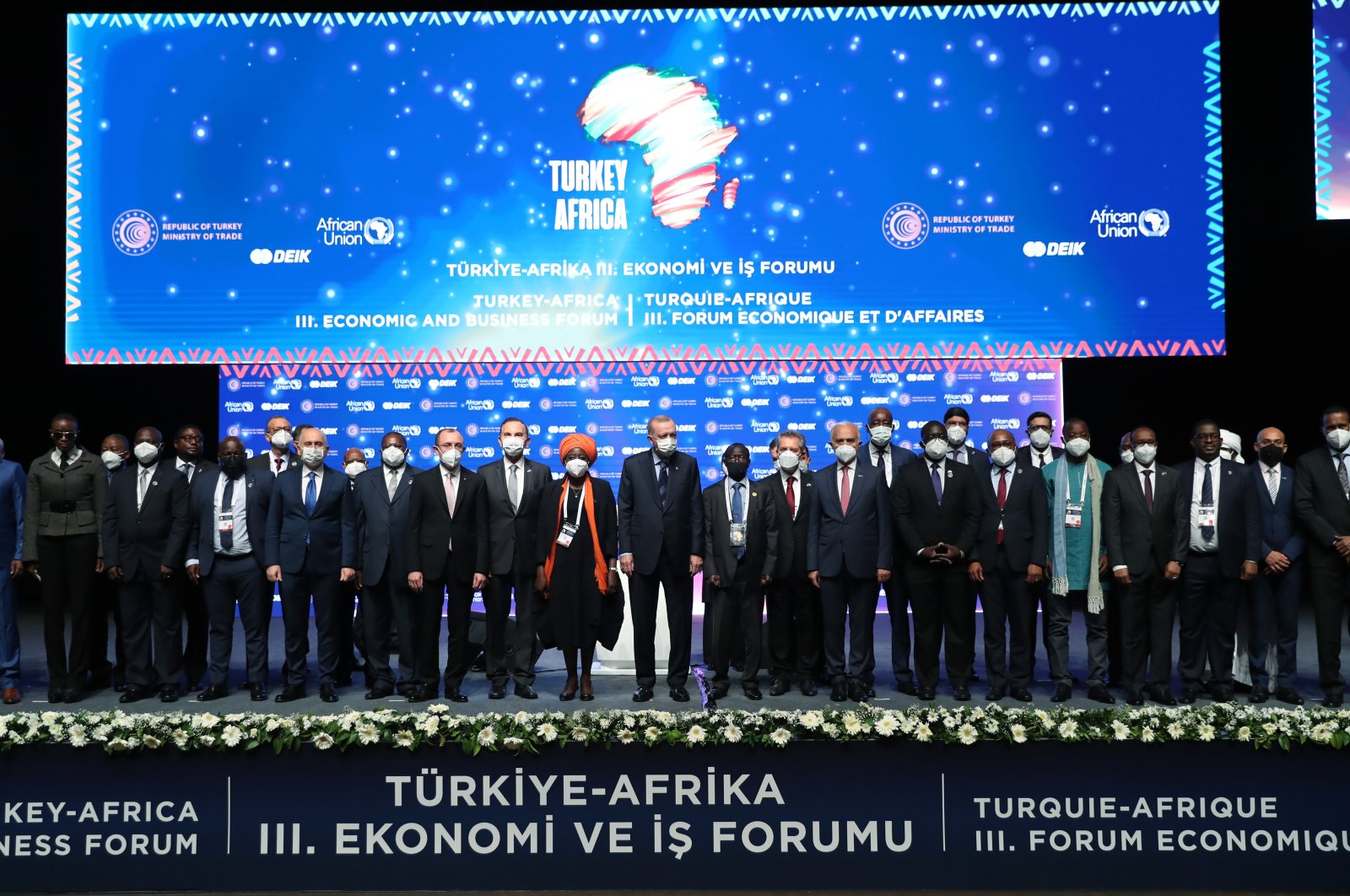 President Recep Tayyip Erdoğan on Friday once again reaffirmed that Turkey’s approach in its ever-growing relations with African countries is based on equal partnership and a win-win principle, emphasizing the strong will to further develop commercial ties.

Both sides have been vowing to tap into their greater potential when it comes to further expanding and deepening relations.

“I believe that the sincere ties between us will become even stronger in the period ahead,” Erdoğan told the closing ceremony of the third Turkey-Africa Economic and Business Forum in Istanbul.

He said Turkey had rushed to assist and share available resources with African countries, which he said were left alone over the course of the coronavirus pandemic.

Criticizing economically developed countries and particularly the West’s attitude towards Africa, Erdoğan said: “African peoples have been left alone in the face of the health crisis.”

“Rising customs barriers and protectionist measures have hurt the fragile economies of African countries the most,” he underlined.

Meanwhile, he said there were 44 African countries among nations Turkey had provided with medical equipment and material support.

“We do not think it is right to take an approach to the vaccine issue that is purely based on financial interests and profit, while the pain we are experiencing is clear.”

The business forum came just as Erdoğan arrived from his three-nation Africa trip. Accompanied by a wide delegation, he paid official visits to Angola, Togo and Nigeria.

Together with the latest trip, Erdoğan boasts 50 visits to 30 countries since he became prime minister in 2003.

The two-day event that started on Thursday covered topics including the partnership between the two sides, as well as collaboration in agriculture, pandemic measures, and innovation.

To add further pace to the deepening commercial relations, Erdoğan said Turkey aims to nearly double its bilateral trade volume with Africa to $50 billion (TL 479.73 billion) as soon as possible, and then to $75 billion from there.

Trade with the continent folded over the years to reach some $25.3 billion in 2020, despite the fallout from the coronavirus pandemic, according to official data. It stood at only $5.4 billion in 2003.

In a sign of an upward trend, the volume has surged 27.2% year-on-year to $20.7 billion from January through September of this year, Trade Minister Mehmet Muş said, addressing the event.

“Together with our private sector, we will continue to provide all kinds of support to the development of Africa,” Muş said.

“Africa will win, and we will win together with Africa.”

Erdoğan recalled that Turkey’s investments across the continent have exceeded $6 billion so far, also informing that the Turkish contractors have undertaken more than 1,150 projects, such as bridges and roads, worth over $70 billion in Africa.