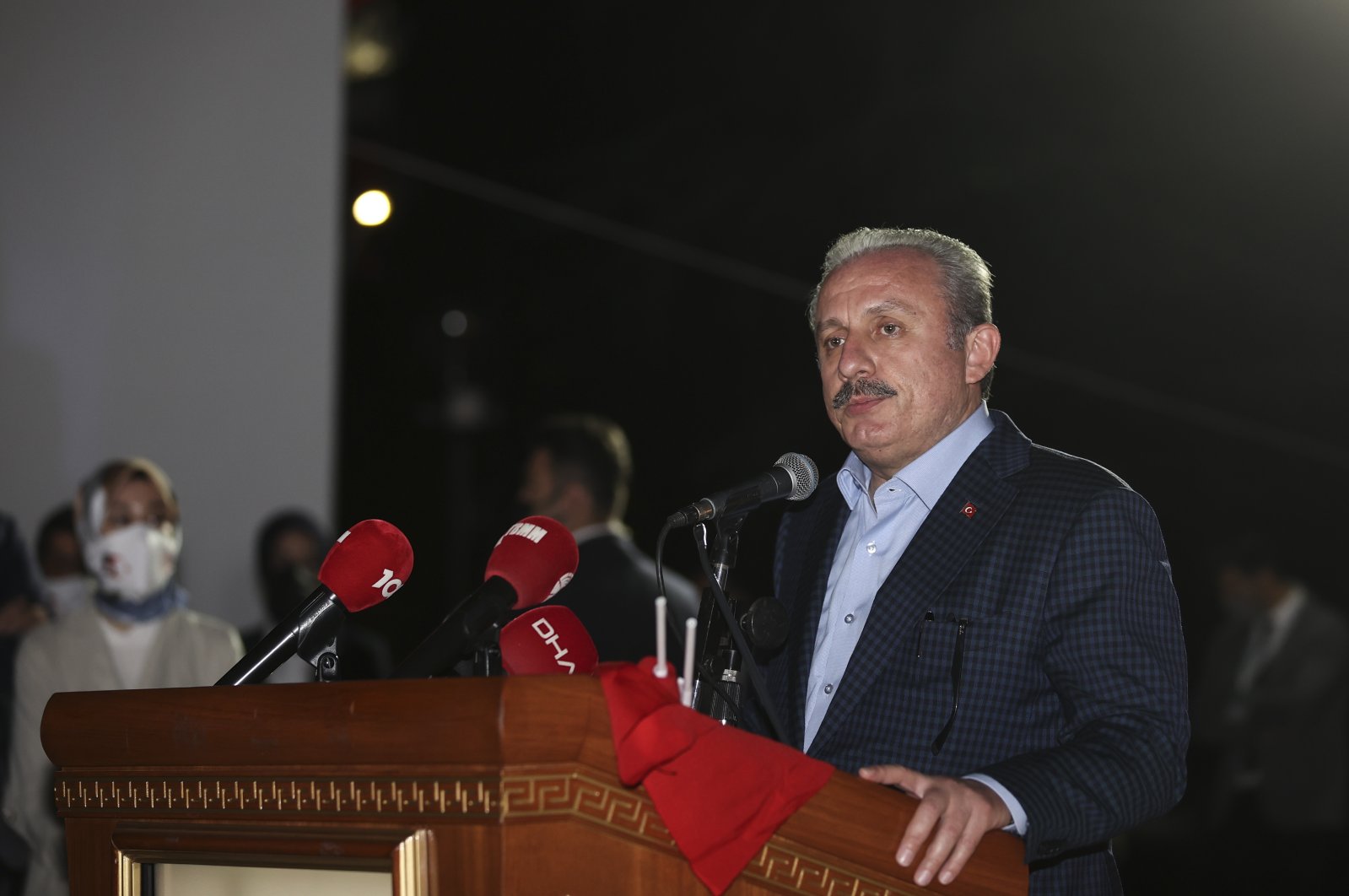 Turkey's Parliament Speaker Mustafa Şentop said Thursday that Ankara aims to establish and maintain peace in Afghanistan through its recent efforts and initiatives.

Şentop and Mir Rahman Rahmani, the speaker of Afghanistan's House of the People, had a phone conversation on the occasion of the Muslim holiday Qurban Byram, also known as Eid al-Adha, according to a statement by Turkey's Parliament Speaker's Office.

During their talk, Şentop and Rahmani exchanged holiday greetings and discussed bilateral relations.

"We believe that peace will prevail in Afghanistan and be lasting," said Şentop.

Underlining that this year marks the centennial of diplomatic relations between Turkey and Afghanistan, Şentop said: "In this special year, Turkey sincerely hopes that our Afghan brothers and sisters will reach the peace, tranquility and stability they have been waiting for so long."

Stressing that Turkey has closely followed recent developments in Afghanistan, Şentop said: "The safety of the Afghan people will always be one of the top priorities for Turkey in any dialogue conducted in this sensitive process."

Rahmani, for his part, said: "We support all initiatives taken by Turkey for safeguarding Kabul airport (Kabul Hamid Karzai International Airport). We believe that the Turkish Armed Forces would better assure the security of the airport than other countries."

Rahmani thanked Turkey for its recent efforts to establish lasting peace in Afghanistan, saying they reflect the longstanding historical ties between the two countries.

Violence has risen in Afghanistan since the announcement of the withdrawal of all U.S. forces and NATO allies from the country this summer.

Intense fighting between Afghan forces and the Taliban continues amid the withdrawal of foreign troops.

Turkish President Recep Tayyip Erdoğan said Tuesday that Turkey is considering operating the airport in the capital Kabul and is also ready to discuss the peace process with the Taliban.