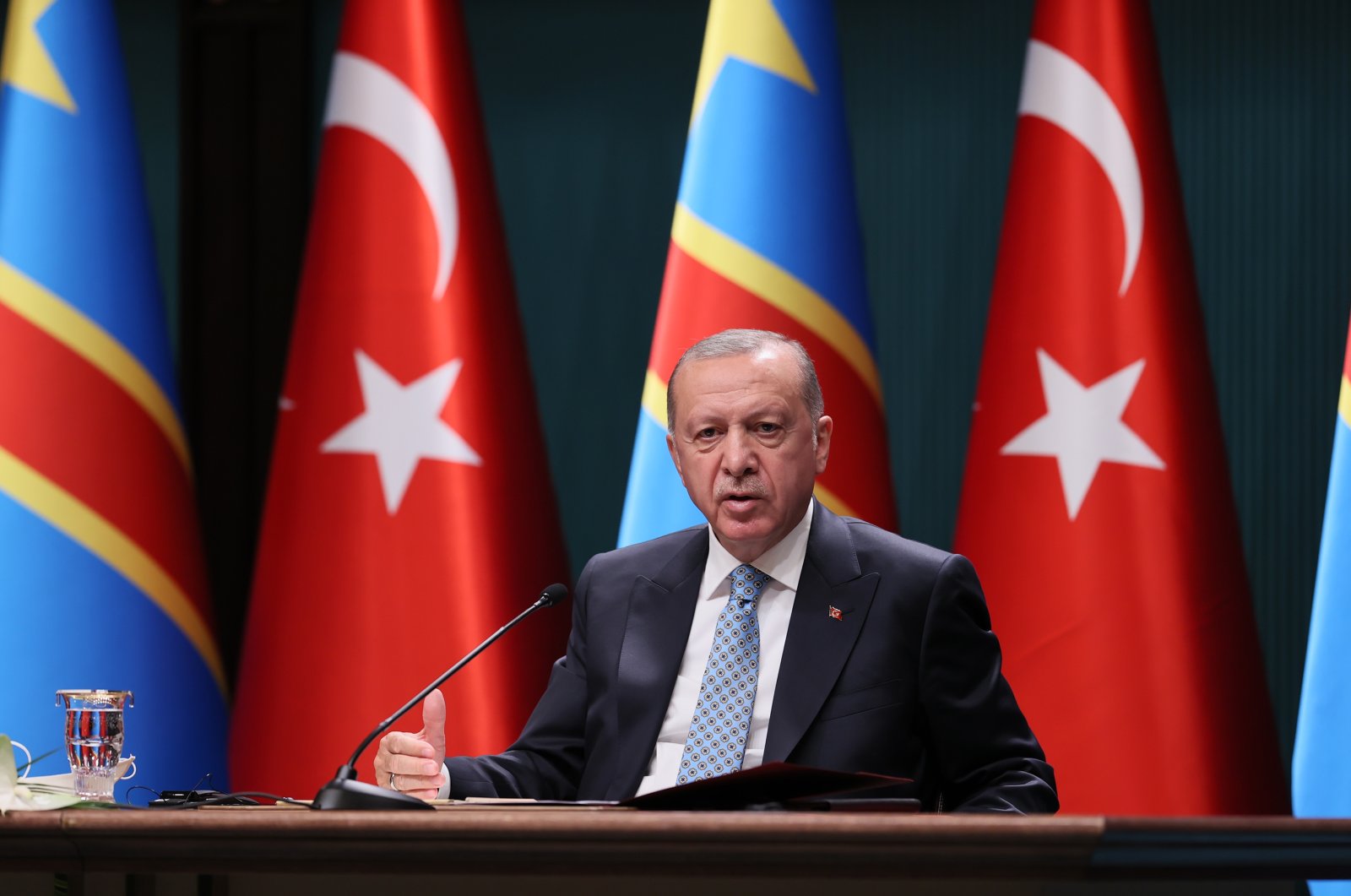 Turkey will closely follow developments in Afghanistan, President Recep Tayyip Erdoğan said Tuesday in response to the Taliban's announcement of an interim government for the country.

In his first comments on the Taliban's appointment on Tuesday of Mullah Mohammad Hassan Akhund as leader, Erdoğan said he did not know how long the new government's current makeup would last.

"As you know just now, it's hard to call it permanent, but an interim cabinet has been announced," Erdoğan told reporters during a joint media appearance with visiting Congo President Felix Tshisekedi.

"We do not know how long this temporary cabinet will last. Our duty now is to follow this process carefully."

"There is no need to rush," Çavuşoğlu said. "This is our advice to the entire world. We should act together with the international community."

Turkey has been holding regular talks with the Taliban in Kabul, where it still has a diplomatic presence, about the conditions under which it could help operate the Afghan capital's Kabul Hamid Karzai International Airport.

U.S. officials say they no longer control the airspace in Afghanistan and that the main airport in Kabul, which the U.S. military seized in August for evacuations, is in disrepair.

Çavuşoğlu said Turkey was working with Qatar and the U.S. on the terms under which the airport could reopen to regular flights needed to deliver humanitarian aid, evacuate stranded civilians and reestablish diplomatic missions in Kabul.

But he said security remained a key sticking point, stressing that commercial flights could never resume until airlines – and their insurers – felt that conditions were sufficiently safe.

"But inside, there could be a security company trusted by the international community or all other companies," he said.

"Even if airlines, including Turkish Airlines, are keen to fly there, insurance companies would not allow it."