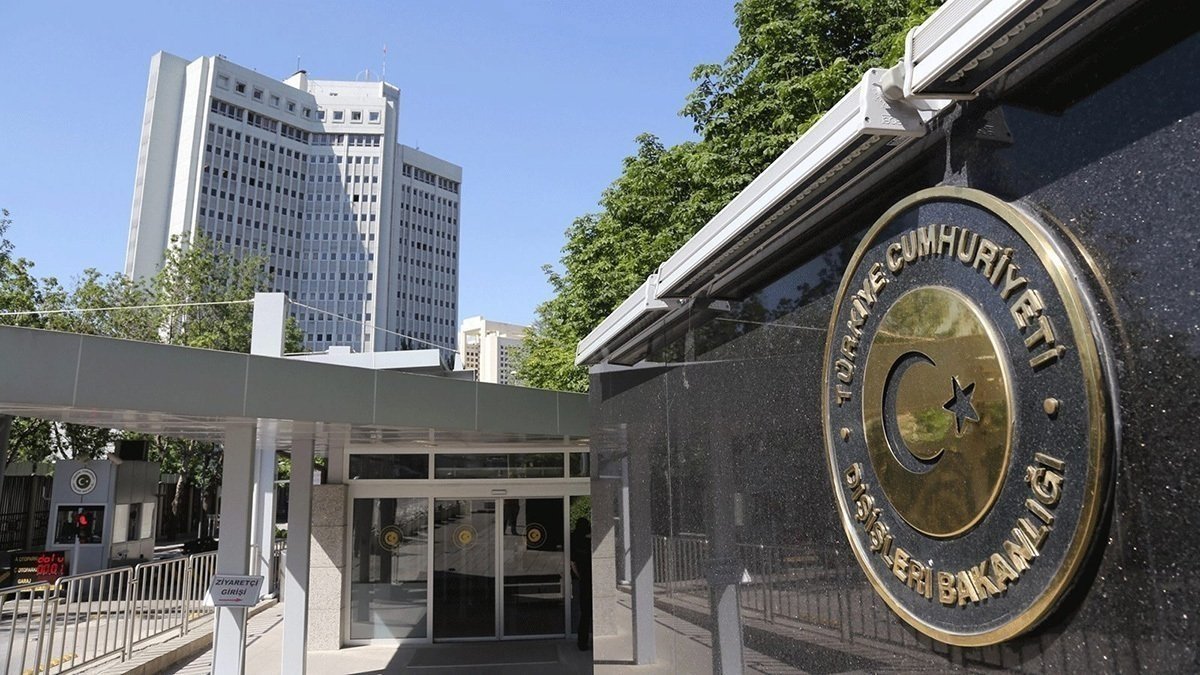 Ankara late Wednesday condemned the Greek deputy foreign minister's "provocative" remarks against Turkey and its president that could escalate tensions.

"We strongly condemn the immoral statements, which are not in line with political and diplomatic practices, of Deputy Foreign Minister of Greece Miltiadis Varvitsiotis about our country and our president in an interview with a television channel," the Foreign Ministry said in a statement.

It said Greek officials continue to persistently engage in "provocative and tension-raising actions and rhetoric" toward Turkey.

Ankara considers these actions and rhetoric "intentional" in a period of new steps taken to sustain dialogue between the two countries, the ministry said.

Turkey urges the Greek political leadership to display "common sense" and sincerity "for dialogue channels between the two countries to function again," according to the statement.

“Turkey is in crisis, having gone into a tailspin both domestically and in foreign policy. We take no pleasure from our neighbor’s troubles," Varvitsiotis stressed in a recent interview.

Regarding the recent talks between Turkey and the EU officials, he also said: “The messages from the European Council were conveyed, and it appears that an institutional dialogue is being launched with Turkey on an issue of great interest to us: the migration issue."

He explained that this dialogue concerns the revision of the EU-Turkey Joint Statement of 2016, highlighting that a key goal is for cooperation to be tied to funding for Turkey. “More money for better cooperation, and less money if there is less cooperation."

The two NATO allies have been at odds over a number of decades-old issues including the extent of their continental shelves, overflights in the Aegean Sea and the ethnically split island of Cyprus. Turkey, which has the longest continental coastline in the Eastern Mediterranean, has rejected maritime boundary claims made by European Union members Greece and the Greek Cypriot administration, stressing that these excessive claims violate the sovereign rights of both Turkey and the Turkish Republic of Northern Cyprus (TRNC).

Earlier this year, Turkey and Greece launched the first direct exploratory talks in nearly five years to address their disputes related to sovereignty rights in the Eastern Mediterranean. That meeting in Istanbul, the 61st round, lasted only a few hours but both sides said that they had agreed to meet again in Athens. The meeting in Athens was held last month.

Meanwhile, ahead of a visit next week by his Greek counterpart, Turkish Foreign Minister Mevlüt Çavuşoğlu on Wednesday received the Greek ambassador to Ankara.

Çavuşoğlu and Michael-Christos Diamessis met at the Turkish Foreign Ministry in the capital Ankara, the Turkish top diplomat wrote on Twitter.

Çavuşoğlu had previously said that after Greek Foreign Minister Nikos Dendias' visit to Ankara, set for next Wednesday and which will address all issues between the two countries, he would pay a reciprocal visit to Athens.